nCino, the upstart Software-as-a-Service (SaaS) core provider for financial institutions (FIs), beat analyst expectations in its first quarterly report since it went public in July. Revenues were up 52% year-over-year to $48.8 million, but its operating loss doubled to $15.7 million. More importantly though, recurring revenues central to its business model—subscriptions—were up 70%, representing 80% of its total revenues for the quarter. 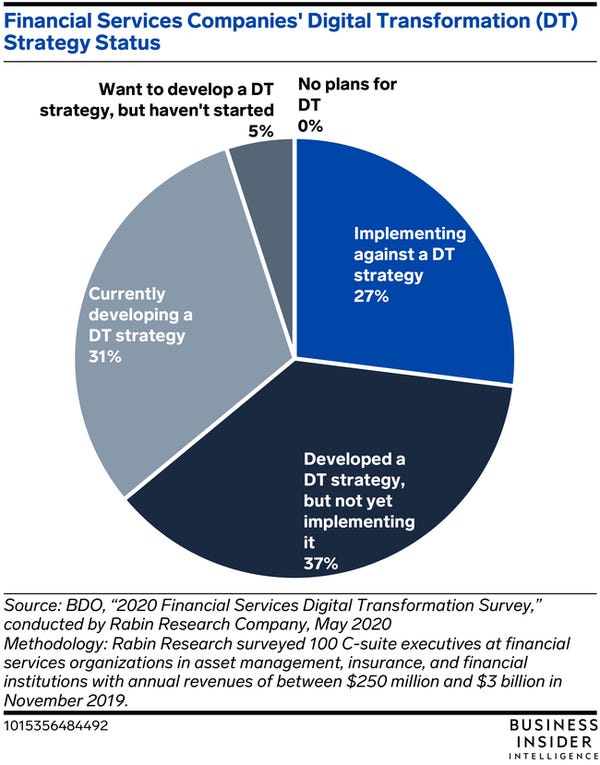 nCino is a small fry in a space dominated by incumbent core providers. nCino has wide ambitions: It markets itself to community banks and credit unions as well as to FIs with more than $10 billion in assets. But it’s dwarfed by the industry heavyweights: In the most recent quarter, Fiserv reported revenues of $7.2 billion and FIS reported $3.0 billion—after both expanded their reaches further by swallowing enormous acquisitions.

Even the much smaller Jack Henry reported revenues of $411 million, eight times higher than nCino’s. The industry moves too slowly for there to have been a wide-scale shift away from on-premise point solutions. But large technology providers have nonetheless piled into cloud banking to head off the potential competitive threat: Finastra, FIS, Fiserv, and Temenos all market their own SaaS products.

Third-party APIs could replace proprietary point solutions as SaaS upstarts grow. Functionalities like loan origination, account opening, treasury management, digital banking, and reporting are traditionally handled by solutions that plug into core. One of nCino’s pitches is that it enables integrations that can be developed and supported by different parties: in-house by FIs, by tech partners, and by nCino itself. FIS mimics much of this model with its ClearEdge product, thereby threatening nCino, shoring up its own business, and expanding the market for cloud banking.

A well-curated product ecosystem will make for sticky customers, even when FIs aren’t locked into a product. Despite the difference in architecture and primary business models between cloud services (a subscription model) and on-premise solutions (value-added products and ongoing servicing), the strategy for customer retention is similar: Increase the customer’s dependence on a network of features and functionality that require the seller’s platform.

The flexibility and scalability of SaaS core solutions, in addition to potential cost savings for FIs, could make cloud banking providers just as able, or even more likely, to retain customers than the already-sticky closed systems. If the model works, nCino could become a formidable—and profitable—force in core banking.