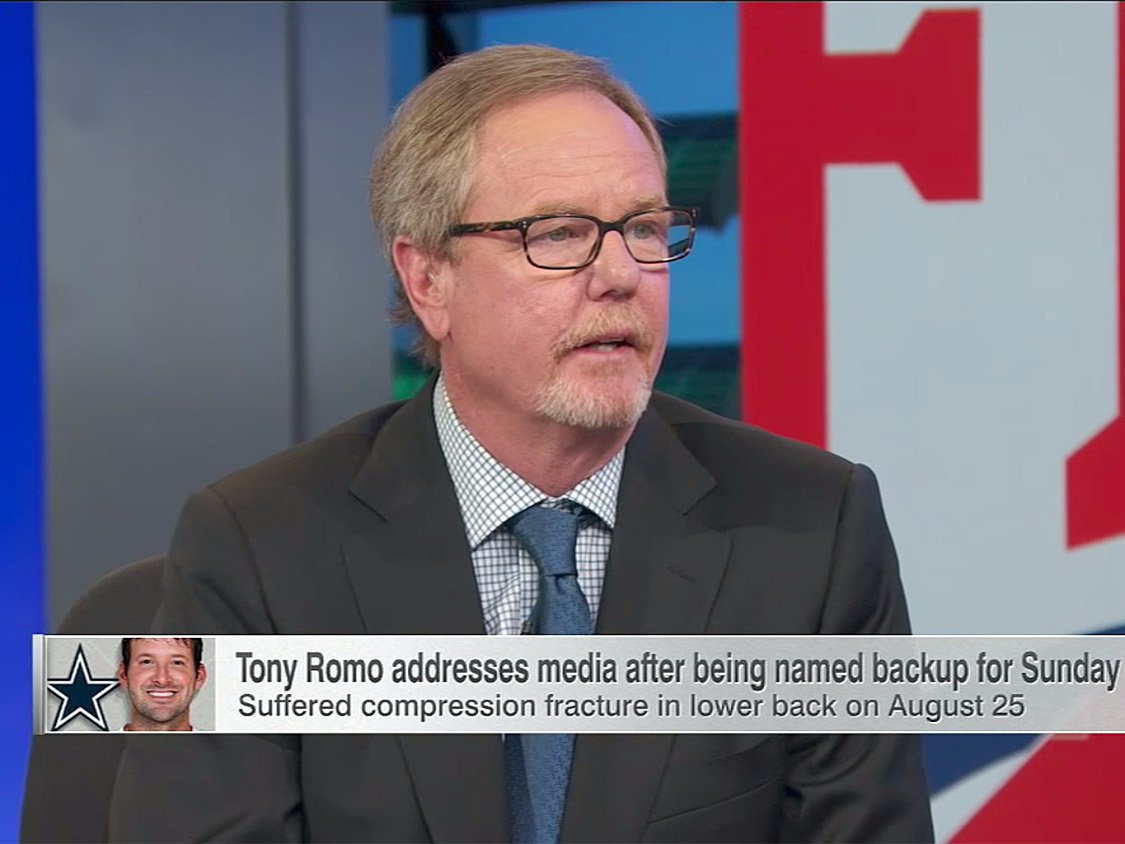 The veteran NFL reporter Ed Werder was among the many layoffs at ESPN last week that caught the sports-media world by surprise.

While Werder said his layoff was effective immediately, he told the Dallas Cowboys-centric podcast “The Doomsday Podcast” that ESPN asked him to cover the NFL draft after informing him he was being laid off.

Werder said that while he hadn’t been overly concerned about being laid off, he knew it was a possibility.

He said realized he was being laid off when he was told to call his boss, who was also with a human-resources employee.

However, perhaps one of the odder details of the meeting, he said, was that ESPN then asked him to cover the New Orleans Saints in the draft the next day.

“When they finished telling me I was laid off, they said this was effective immediately,” Werder said. “And the next thing they told me to do as a former employee of ESPN was stay and cover the Saints’ draft, which seemed like an odd way to begin your unemployment.

“But it seemed like it was my option, and I chose not to. I just didn’t feel like it was the right place for me to be, alone in a hotel room and then out in public as a former employee, representing ESPN with the New Orleans Saints.”

Werder said he felt like a restricted free agent — he even added “RFA” to his Twitter handle. He said ESPN was honoring the contracts of the employees it laid off but would not continue to pay them if they got a job elsewhere.

“Apparently, if I want to continue being paid by ESPN for the duration of my contract, they will not allow me to work in television or other media without risking all that they owe me,” Werder said. He said he had permission to do the podcast.

Werder also questioned the direction of ESPN and how it would continue to cover the NFL with the layoffs.

“It’s not the quality of your work that’s a factor,” Werder said. “Well, it causes me to wonder, what is ESPN about? Because I mean, I thought it was about news and information and highlights, and I’m not sure that is the point of emphasis any more. How is ESPN going to cover the NFL without all of the people who just lost their jobs?”