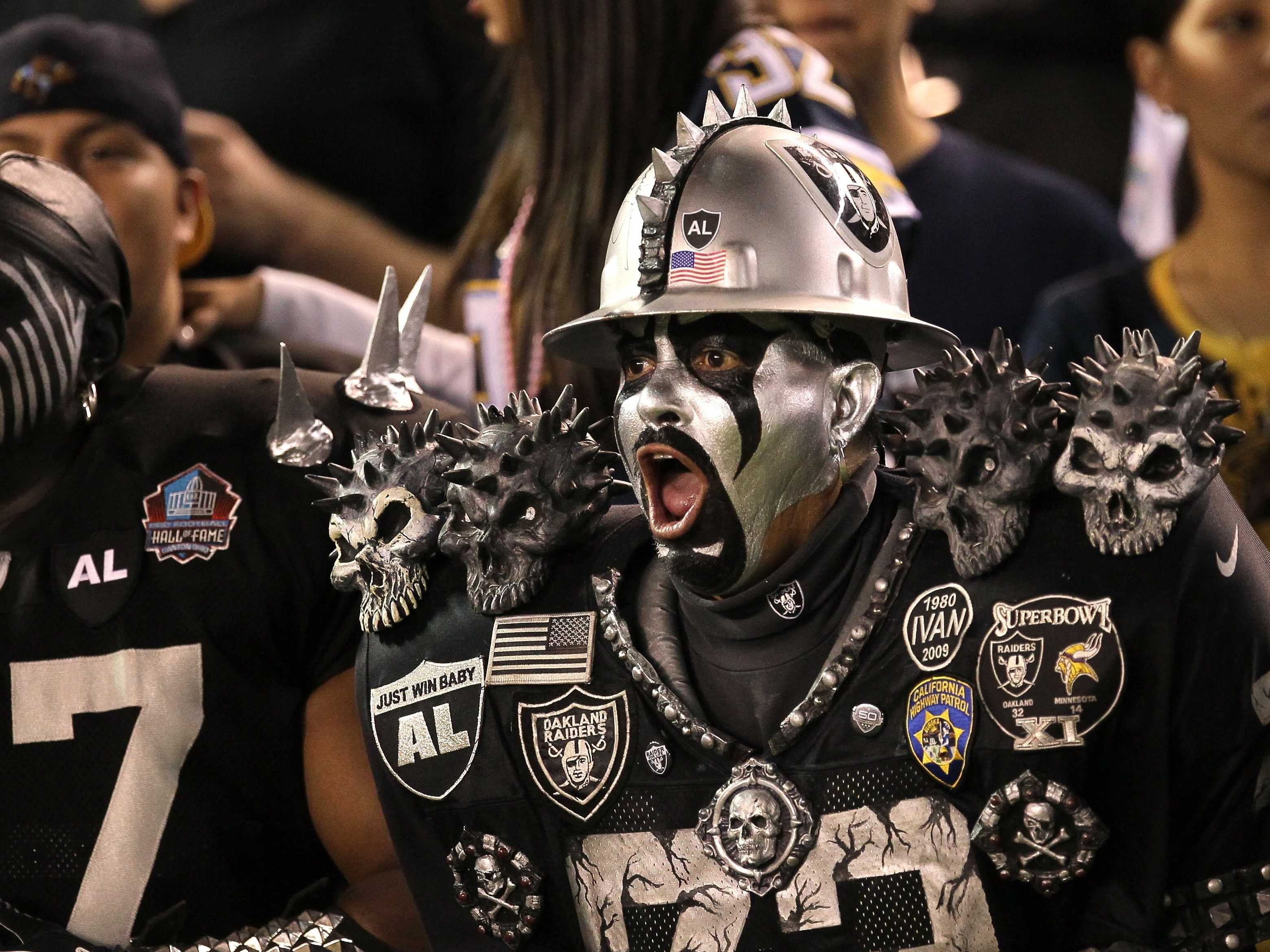 Getty ImagesRaiders fans in Oakland may lose their team again.

The NFL owners voted on Tuesday night to approve the move of the Rams to Los Angeles, ending a 21-year drought for the NFL in the second-largest television market.

The bigger mystery is where the Raiders will play next season and the possibilities are seemingly endless, but seem to point to a choice between staying in Oakland or moving to San Antonio.

The Raiders’ lease at the Coliseum in Oakland has expired, which means the team is free to move anywhere.

When Raiders owner Mark Davis addressed the media, it was clear that he was not happy with the outcome of today’s meetings, saying “This is not a win for the Raiders today.”

The NFL has proposed $100 million to help finance a stadium for the Raiders in Oakland. But as of today, there is no stadium proposal.

And when speaking about the future of the Raiders, Davis made it clear that anything is possible.

“We’ll see where the Raider Nation ends up here. We’re looking for a home,” Davis said. “I don’t know where we’ll be. My lease at the Coliseum is expired… America, the world, is possibility.“

One possibility outside of California is San Antonio.

In 2014, the Raiders met with San Antonio officials about a potential move. While many shrugged that off at the time, there is now a feeling that a move is possible. According to Jason Cole of Bleacher Report, the Raiders have already secured land in the Austin/San Antonio area for a potential stadium. With the Alamodome already in place, this strongly suggests that the Raiders could be playing in Texas as soon as next season.

Cole presents the land in Texas as “leverage” against the city of Oakland. But if a new stadium can’t be built in the Bay Area, then Texas seems like the next destination for Raider Nation.