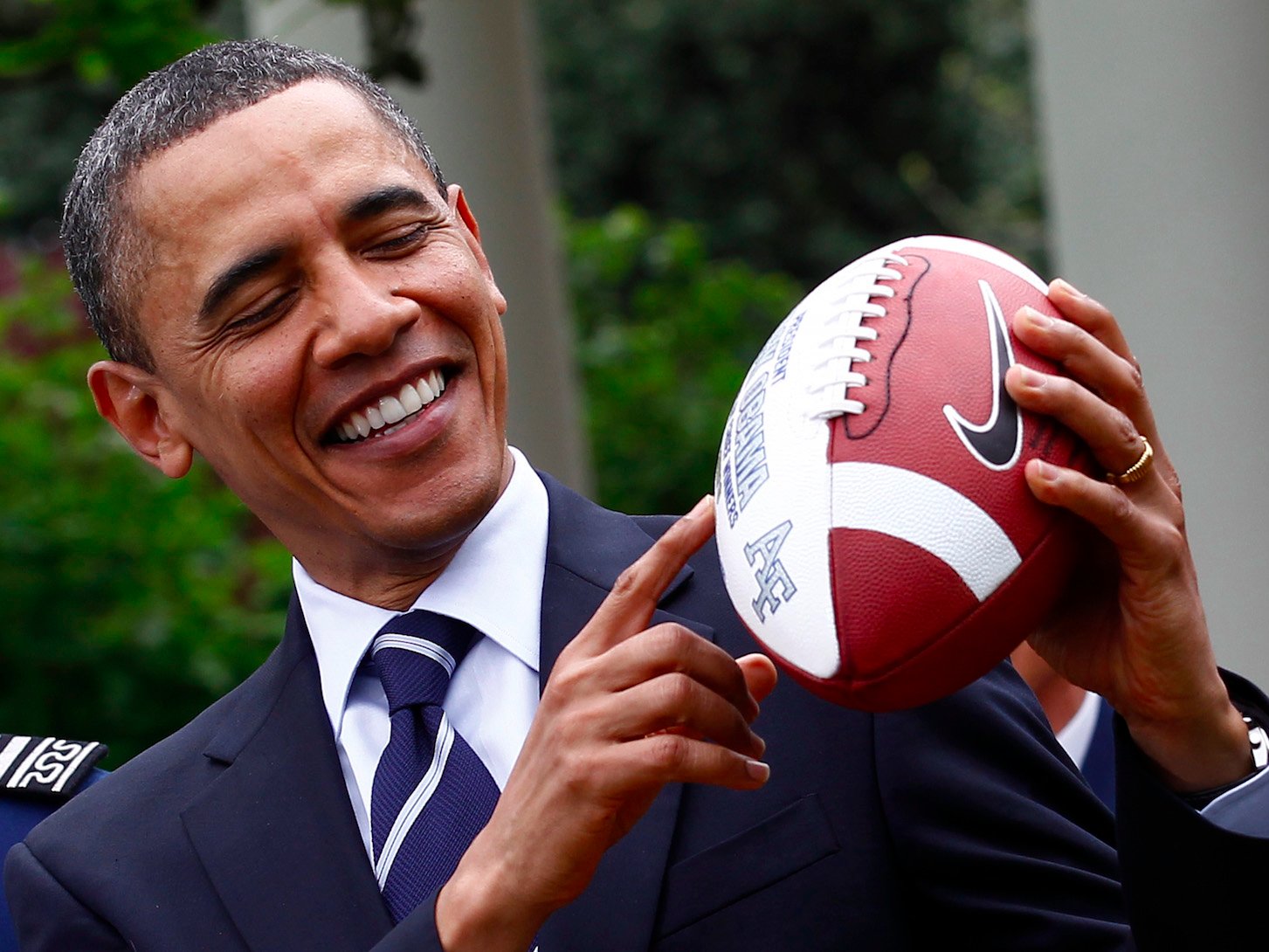 REUTERS/Jim YoungU.S. President Barack Obama looks at a football presented to him during a ceremony presenting the Commander-in-Chief Trophy to the Air Force Academy football team in the Rose Garden at the White House in Washington, April 18, 2011.

President Barack Obama was the latest guest on Jerry Seinfeld’s web series “Comedians in Cars Getting Coffee,” in which the commander in chief held his own with the professional funnyman.

At one point in their discussion, published online Wednesday night, Seinfeld asked Obama what sport is most comparable to politics.

“Is it chess, is it liar’s poker?” Seinfeld asked.

After some thought, the president said it was like football and launched into a detailed explanation of the similarities between the two.

It’s probably most like football, because a lot of players, a lot of specialization, a lot of hitting. … A lot of attrition. But then every once in a while, you’ll see an opening.

But every once in a while, you’ll see a hole. And then there’s open field.

The full episode is worth a watch. You can check it out here >>

NOW WATCH: Police say the ‘affluenza’ teen is on the run