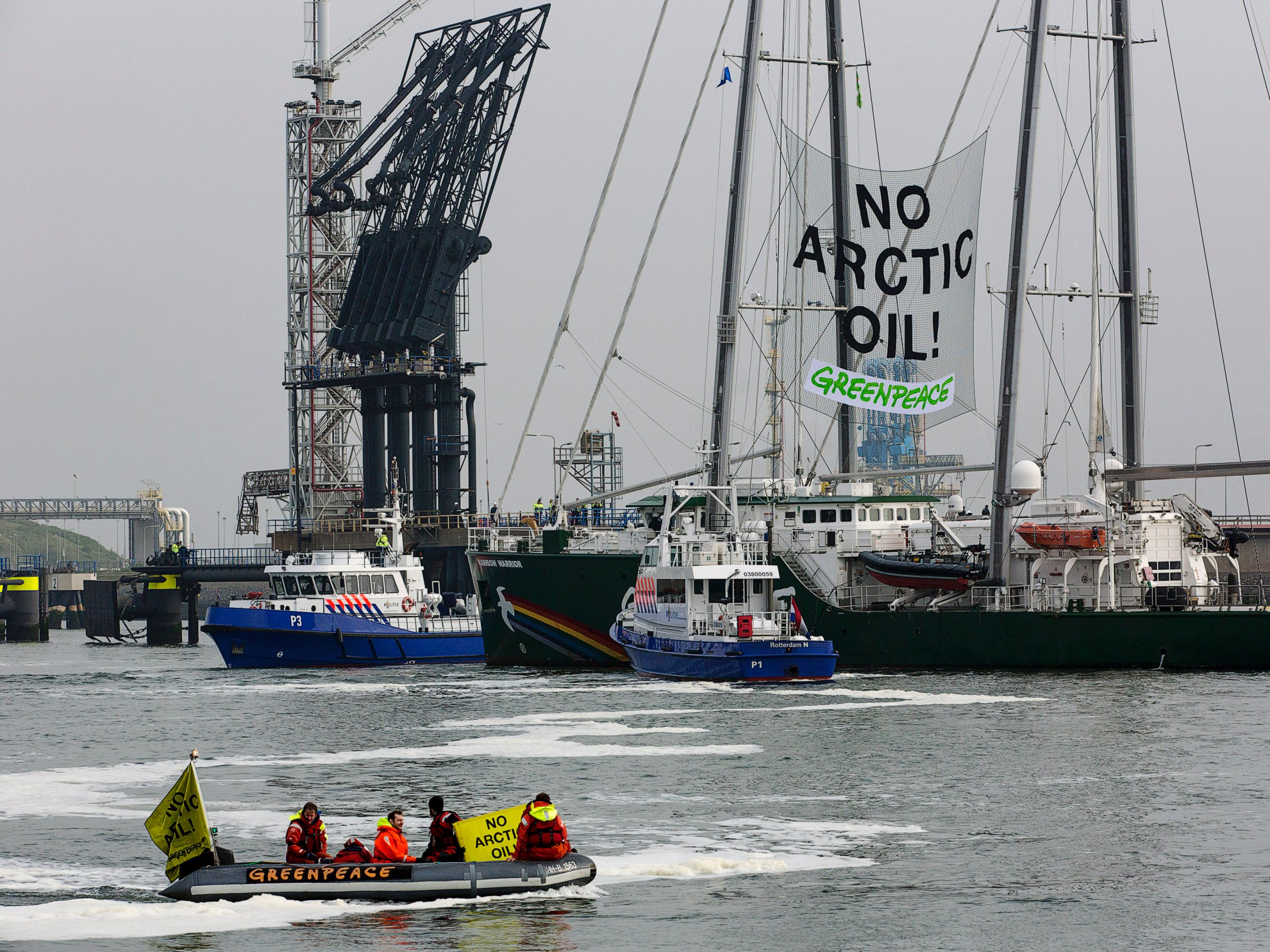 Members of Greenpeace draped banners saying “No Arctic Oil” from the Russian oil tanker Mikhail Ulyanov, in the harbour of Rotterdam May 1, 2014.Reuters

On Friday, the Obama administration’s Interior Department blocked the sale of new permits to drill oil and gas in the Chukchi and Beaufort Seas off Alaska.

The announcement is bad news for energy companies who have been keen to expand past the Gulf of Mexico.

Moreover, Bloomberg’s Jennifer A. Dlouhy reports that some Alaska residents have argued that drilling in the Arctic could lead to development of infrastructure in the region.

On the other hand, the decision will likely be chalked up as a win for environmentalists. Although, some have pushed for more, hoping the president might permanently make drilling offshore in the Arctic and Atlantic off-limits.

“The plan focuses lease sales in the best places — those with the highest resource potential, lowest conflict and established infrastructure — and removes regions that are simply not right to lease,” Interior Secretary Sally Jewell said in a statement, according to Politico. “Given the unique and challenging Arctic environment and industry’s declining interest in the area, forgoing lease sales in the Arctic is the right path forward.”

The US Arctic holds an estimated 27 billion barrels of oil and 132 trillion cubic feet of natural gas, according to figures cited by Bloomberg.

Check out the full story at Bloomberg.