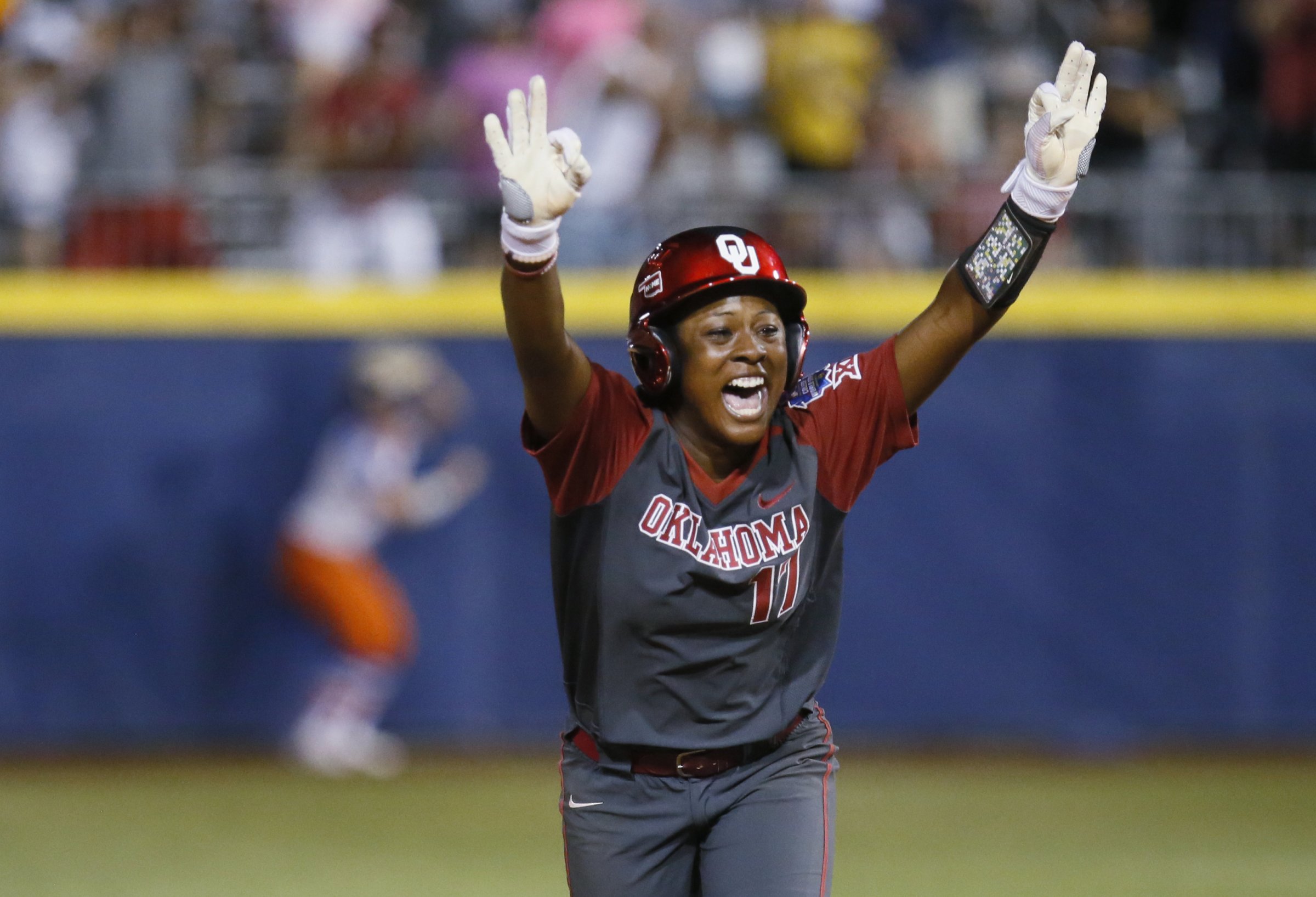 For those who tuned into ESPN after the Stanley Cup Final, “The Bachelorette,” or “Monday Night Raw,” they were treated to a barnburner.

In the bottom of the seventh inning, the Gators needed a run and were down to their last strike. With two outs and a full count, Sophia Reynoso hit a double to bring in the tying run to force extra innings, with the ball just dropping in front of the outfielders who were playing deep.

Florida ties it up!

Game 1 of the WCWS Championship is headed to extras. pic.twitter.com/g0GwTdNv9s

Fast forward to the 12th when the Sooners broke the tie and took a 4-2 lead. Again, Florida was down to their final strike. This time, it was Amanda Lorenz who came through in the clutch, with a double that brought home two runs and forced what would turn out to be another five innings of softball.

After Florida worked their way out of bases loaded jams in both the 15th and 16th innings, bringing starting pitcher and national player of the year Kelly Barnhill back into the game in order to do so, the Sooners finally broke through in the top of the 17th when first baseman Shay Knighten hit a three-run dinger.

Florida got one run back in the bottom of the inning, and threatened to tie it yet again when down to their final swing, but Oklahoma closer (also their starting pitcher, having re-entered the game as well) Paige Lowary ended things with her 139th pitch and 7th strikeout of the game.

The game provided some numbers that make the box score appear broken. Four pitchers combined for 496 pitches and 40 strikeouts, with both teams’ starting pitchers re-entering the game in relief. The game had 102 total outs recorded, 31 players involved, and took 5 hours, 28 minutes.

Despite the equivalent of two and half games being played on Monday night, the Sooners and Gators hit the field for Game 2 with just a few hours rest, with the first pitch scheduled for 8 p.m. on Tuesday night.

You can check out a solid highlight reel of the game below.

It was a thriller in OKC! Relive all the moments from the longest game in #WCWS finals history. pic.twitter.com/tUc2P7dDS3