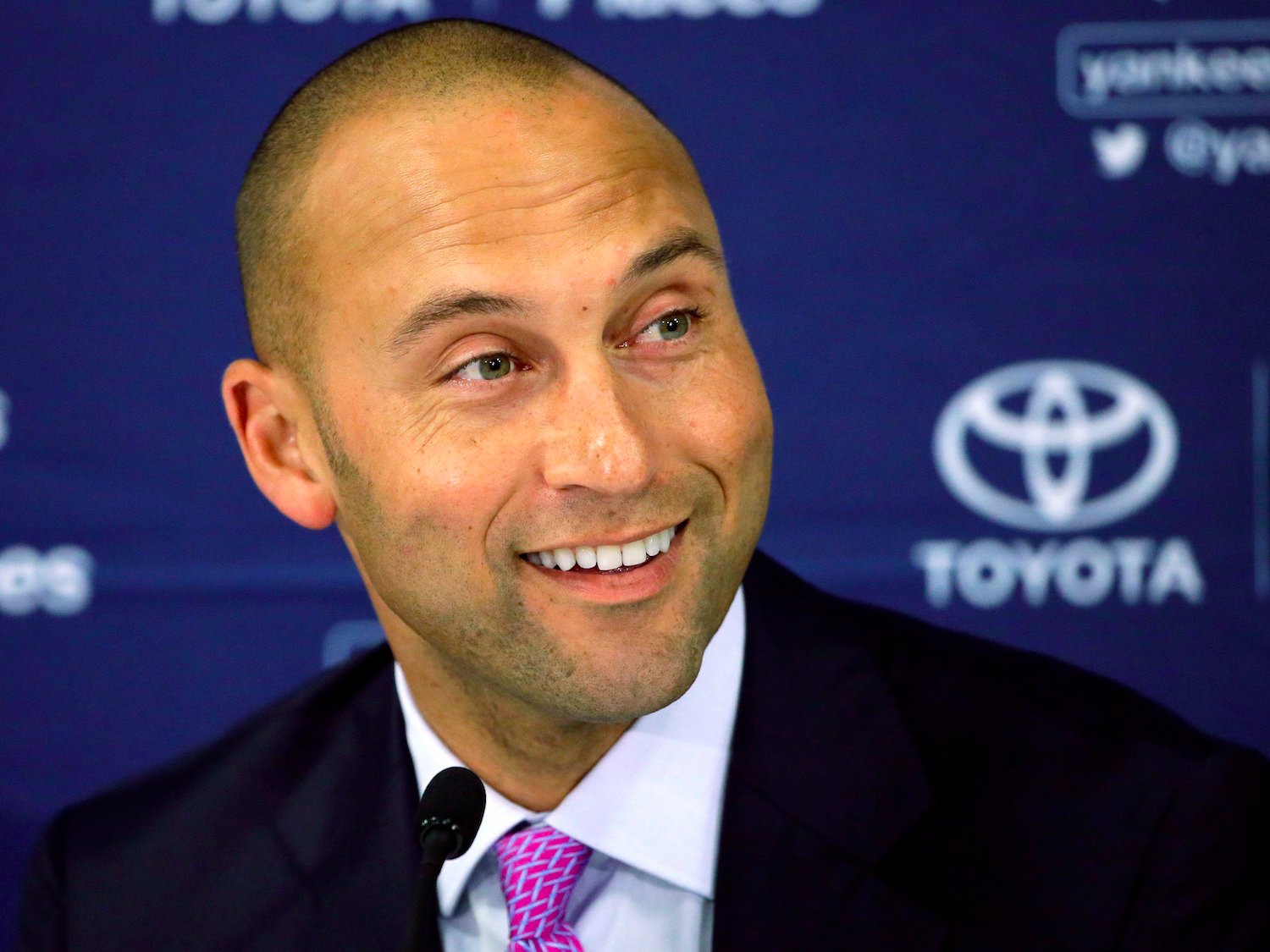 Derek Jeter is one step closer to becoming a Major League Baseball owner, but the deal to buy the Miami Marlins also comes up short of his true goal — to be the next George Steinbrenner.

According to Barry Jackson of the Miami Herald, Marlins owner Jeffrey Loria has reached an “agreement in principle” to sell the club to a group led by Jeb Bush and Jeter for $1.3 billion.

During a 2014 interview with Jack Curry of the Yes Network shortly before retiring, Jeter called owning a team “the next ultimate goal.” However, Jeter also added that he wants to be the guy “that calls the shots.” Specifically, Jeter said he would like to be an owner like Steinbrenner, whom Jeter played under for 16 seasons.

“I learned a lot from [Steinbrenner] on how to run an organization,” Jeter told Jackson. “I would like [to be like Steinbrenner]. I thought he, in my opinion, I’m a little biased obviously, but I feel he was the best owner in all of sports.”

That won’t happen with the Marlins, at least not right away.

A source told Jackson that Bush is expected to be the “control person.” Jackson described that role as “the individual who would have ultimate control over franchise decisions.”

Jackson would only say that Jeter “plans to take an active role with the franchise.”

Jeter is still just 42 years old. It is possible that he views this ownership opportunity as somewhat of an apprenticeship, a chance to gain some experience running a team before branching out and achieving his ultimate goal. But for now, Jeter would seemingly have to take somewhat of a back seat to Bush.