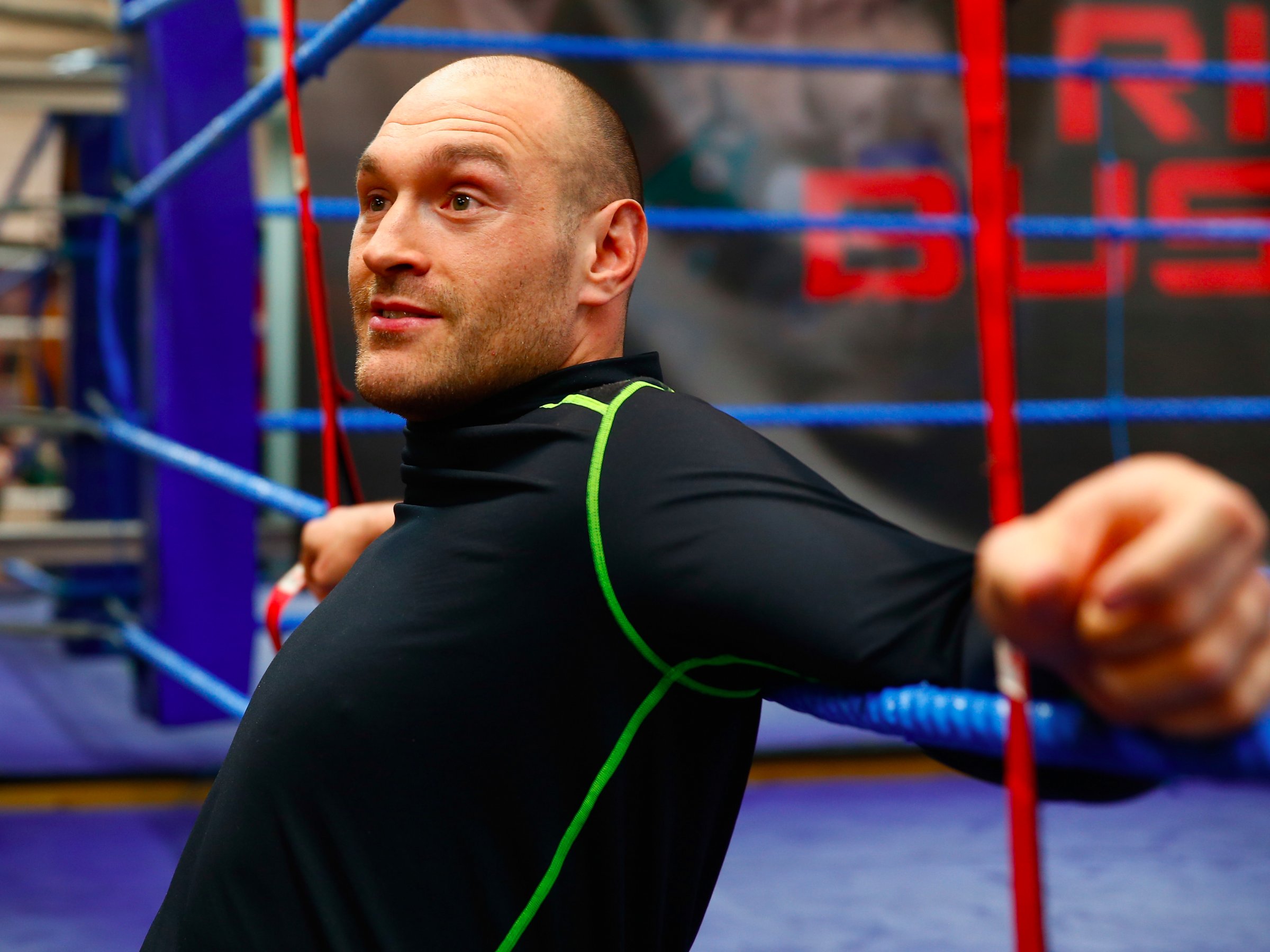 “Gypsy King” Tyson Fury has rebranded himself the “Outlaw” as he talks up a good vs evil showdown with “Mr Nice” Anthony Joshua.

After beating Wladimir Klitschko last month, Joshua said he wants to step into a ring with “a real villain.”

Fury certainly fits the bill — and he has already started trash talking Joshua.

“I will rip the fraud from the [heavyweight boxing] division,” Fury told the BBC.

“You get two types of people in boxing, the outlaw and Mr Nice. I am the outlaw. That’s my personality, love me or hate me you still have to watch me.”

Unbeaten boxer Fury is so confident he can defeat unified heavyweight world champion Joshua that he has already revealed his tactics for the anticipated fight as his game-plan will rely on his technical ability.

Fury said: “Joshua is a big man with a puncher’s chance [but he] has no footwork, no speed and no stamina. I will play with Joshua like a cat with a ball of wool — hands behind my back, making a right mug of him.

“We are in the business of the ‘sweet science.’ This does not consist of a beautiful body and a big fella who pumps iron,” Fury said. “It consists of feinting, jabbing, moving, and gliding around the ring… that’s the sweet science.”

Fury has the fight strategy to beat Joshua

I could box rings around that bodybuilder

In boxing, there is an age-old maxim: A good boxer beats a good puncher.

That is why technicians like Floyd Mayweather, Sugar Ray Leonard, and Muhammad Ali were able to nullify harder hitters like Manny Pacquiao, Marvin Hagler, and George Foreman.

Joshua has enjoyed an incredible career arc and has knocked out every fighter he has faced as a professional, including ring legend Klitschko.

But Fury believes Joshua is a one-dimensional fighter and easily defeated with a ‘punch-and-move’ fight strategy.

“Joshua was supposed to walk right through [Wladimir Klitschko] as he was old and useless but it didn’t work like that. Klitschko [had] been out of the ring for 18 months [yet enjoyed] a 50-50 fight with a so-called killer.

Concluding, Fury said: “[Joshua] is what you call a boxer’s dream. I [could] box rings around that body builder.”