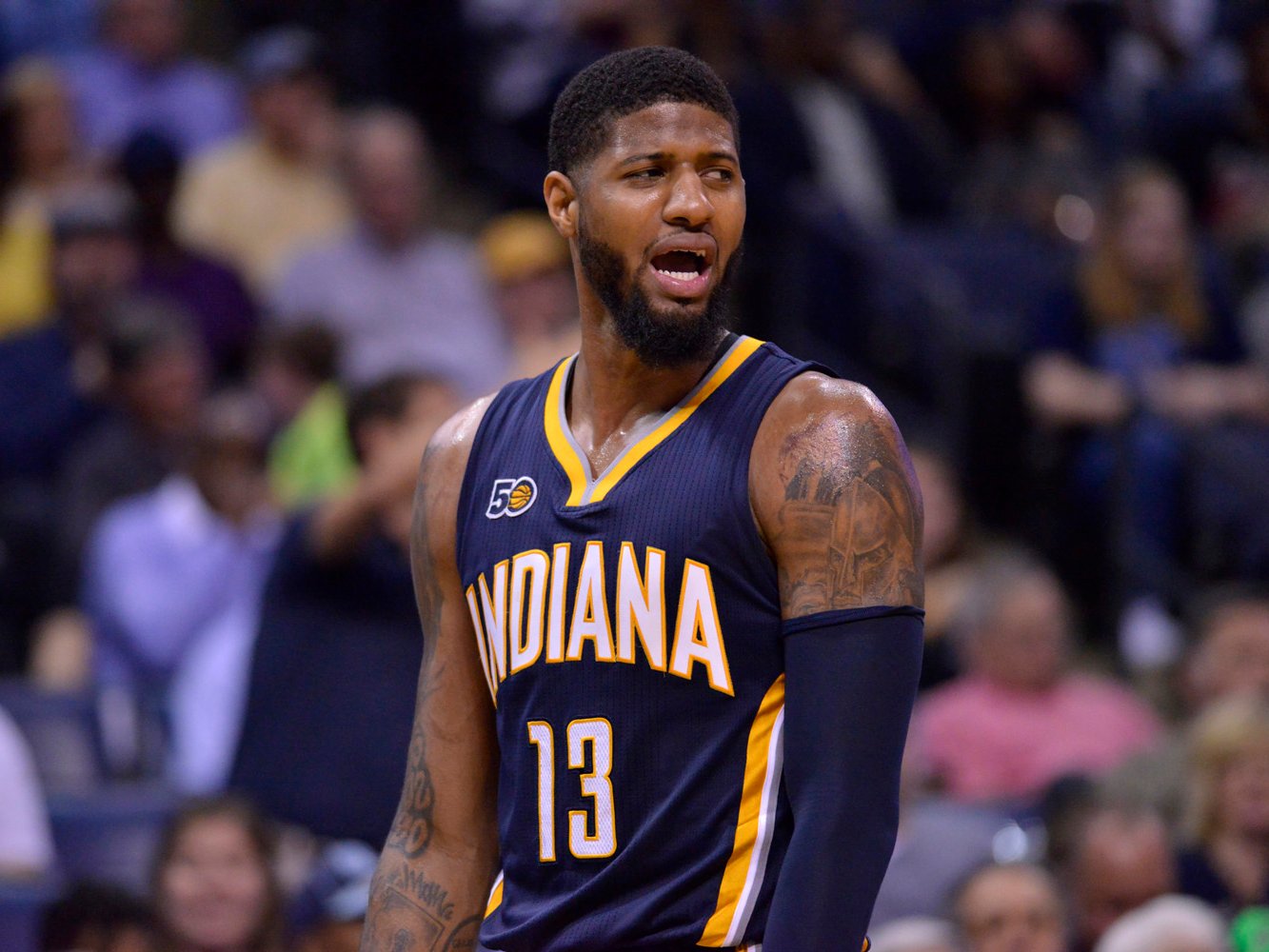 The Indiana Pacers went down 0-2 to the Cleveland Cavaliers in the playoffs on Monday after botching the final few minutes of a late comeback attempt.

Afterward, Pacers star forward Paul George was again critical of his teammates, saying he needs more help from the likes of Lance Stephenson and Myles Turner.

George, sounding almost like the coach of the Pacers rather than a player, said Stephenson needs to control his emotions and keep his head in the game.

“He’s got to learn to control himself and be in the moment,” George said (via ESPN’s Dave McMenamin). “Lance, in our locker room, is looked upon as a leader. His body language has to improve — just for the team. … He’s got to channel that toward making effort plays on the court and doing whatever he needs for us to succeed.”

George also challenged Turner, a talented second-year center, to give him more help on the court after Turner finished Game 2 with just six points on 3-of-10 shooting with five rebounds.

George’s recent criticism comes days after he chided C.J. Miles for taking and missing the game-winning shot attempt in Game 1. George said he talked to Miles and told him that he needs to take the shot in that situation.

George has played at an All-NBA level in the first two games of the series, averaging 30 points, six rebounds, and seven assists per game on 48% shooting, 55% from three. He’s clearly playing at the necessary level to give the Pacers a chance, and they both games have been relatively close.

However, his criticism may be wearing on his teammates, and it’s likely bad news for the Pacers as an organization. The Pacers explored trading George at the trade deadline amid rumors that he will likely leave as a free agent in 2018 if the Pacers aren’t close to title contention. USA Today’s Sam Amick reported that George is “determined” to go to his hometown Los Angeles Lakers if he leaves the Pacers.

Later in the season, the Pacers brought back Stephenson, in part, because George was wistful for the days of title contention in an interview with ESPN’s Zach Lowe. Stephenson was part of those teams that challenged the LeBron James-led Miami Heat.

Now, however, George still seems displeased with his supporting cast. On paper, it’s evident that the Pacers don’t really stack up against the Cavaliers, and the best projections for the Pacers at the start of the season had them as a mid-seed playoff team. Clearly, this team isn’t complete and they’ve largely met expectations, which were middling from the start.

Barring a remarkable turnaround in which the Pacers beat the LeBron and the Cavs four times in five games, George and company are looking at another first-round exit. The Pacers have limited resources to drastically improve the team this offseason and limited time to do so, with George’s free agency rapidly approaching.

If George is unhappy and the Pacers can’t make it out of the first round, the front office may have to have an honest discussion about trading George before he bolts when he gets the chance.

SEE ALSO:A 38-year-old mental coach has become one of the NBA’s premier resources