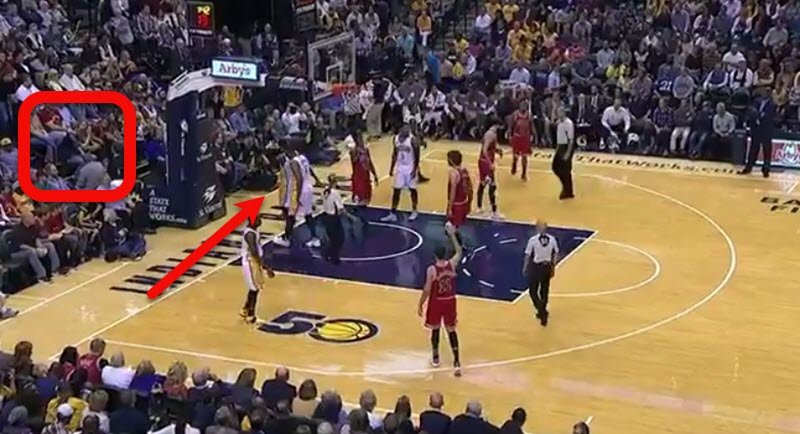 Paul George of the Indiana Pacers was ejected from Saturday night’s game against the Chicago Bulls when he kicked a ball that flew into the stands and hit a fan in the face.

The incident came late in the third quarter after a foul have been called on George and the play had been whistled dead.

George did immediately apologoze to the fan, however he was ejected for a flagrant foul. George did not argue the call.

Here is the video.