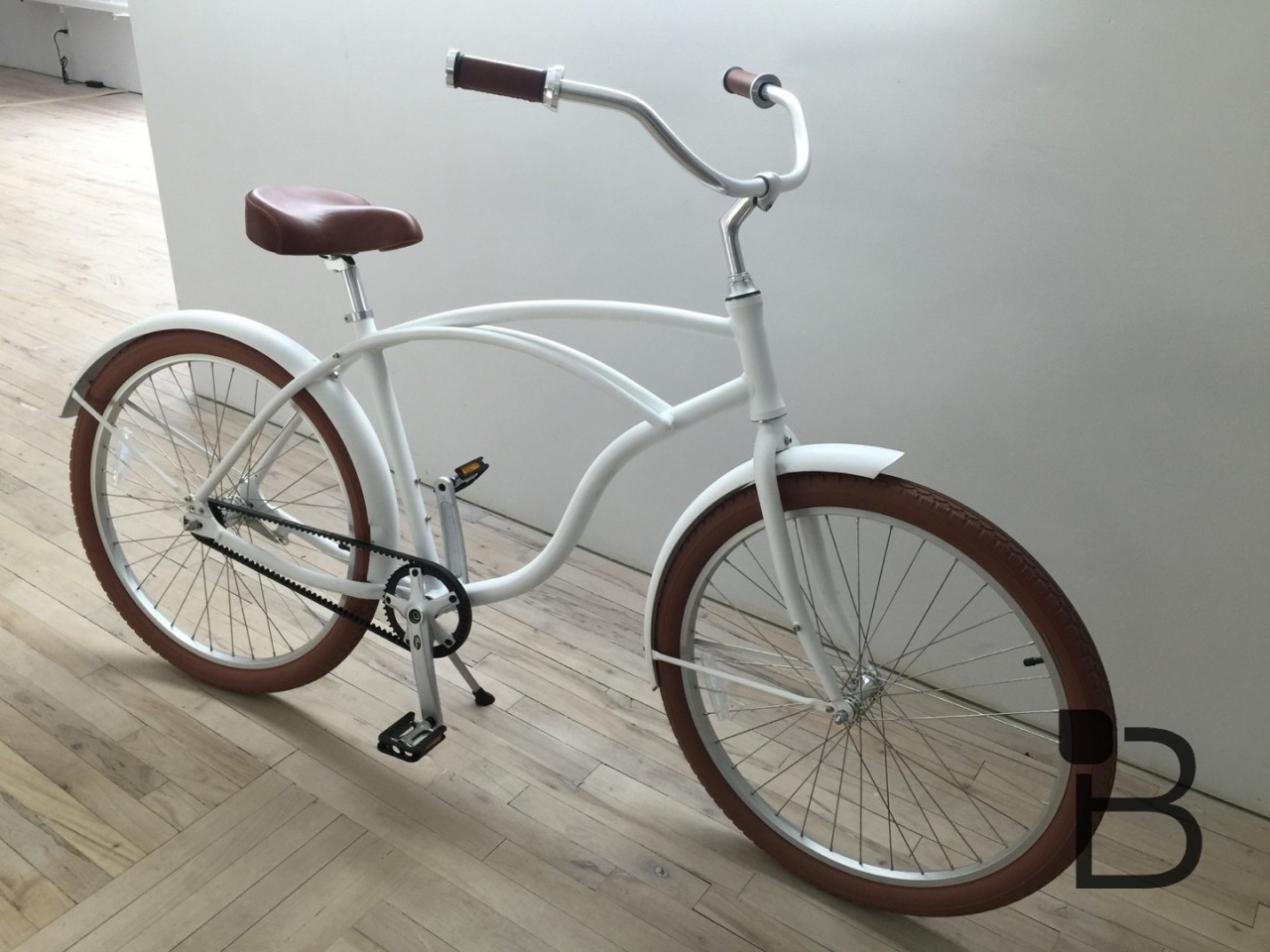 It’s 5 p.m. on a Tuesday and Priority Bicycles is celebrating. The company’s latest Kickstarter project, its third in as many years, quickly blew past its $30,000 crowd-funding goal. As I walk into the office, a partially converted warehouse in lower Manhattan, to see Priority’s latest bike for myself, the campaign hits $60,000 and the team starts to cheer.

For the next hour or so I sat and talked with Priority Bicycles founder and CEO David Weiner about the company’s past, future, and what it’s like to sit on the other side of a Kickstarter project as donations and pre-orders roll in. I also got a chance to check out the Priority Coast, the world’s first rustproof beach cruiser that’s also weatherproof, sand-proof and grease-free.

Throughout our conversation, Weiner kept telling me that he and the rest of the team haven’t slept in a week. I’m not sure if that’s because he keeps forgetting he already said it, or simply to drive home the point that he’s very tired.

Earlier that day, the team filmed an unsolicited thank you video for their first customer, who ordered two new bikes within minutes of the project’s launch on Kickstarter. Weiner and Lauren Jones, the company’s marketing and creative manager, are still busy answering the questions that come pouring in from interested customers on Kickstarter, but by late afternoon things are starting to slow down. In general, as much as 50 percent of funding is pledged within the first day. After that initial rush, donations will trickle in slowly for the next few weeks.

A lot has changed for Priority Bikes since its first Kickstarter campaign in 2014. At the time, it wasn’t even officially a company, and there was no guarantee the project would succeed. Since then, Priority has attracted interested investors and even imitators, but Weiner strongly believes that staying independent is the best way to serve his customers and the Kickstarter community that’s been with him since day one. There’s also clearly a thrill in watching each order roll in with a name and face attached to it.

In a way, the Coast is the culmination of everything Priority has been working towards since it first launched. Weiner originally set out to build the ultimate urban bike, offering a simple but sleek design that’s as low-maintenance as possible. When he learned that people were using it on the beach, he decided to target that market directly.

The Coast features a new drive belt that’s the best the company has ever offered, using a special groove design that pretty much ensures it won’t slip off the gear. It also includes the same puncture resistant tires featured in previous bikes, which significantly lower the odds that you’ll get a flat.

The fact that Priority is able to pack all that technology into a single bike and offer it at a reasonable price is even more impressive. It doesn’t hurt that the final product also looks stunning and rides like a dream. The Coast is available for as little as $369 on Kickstarter, with a planned retail price of $450 once it launches this summer.