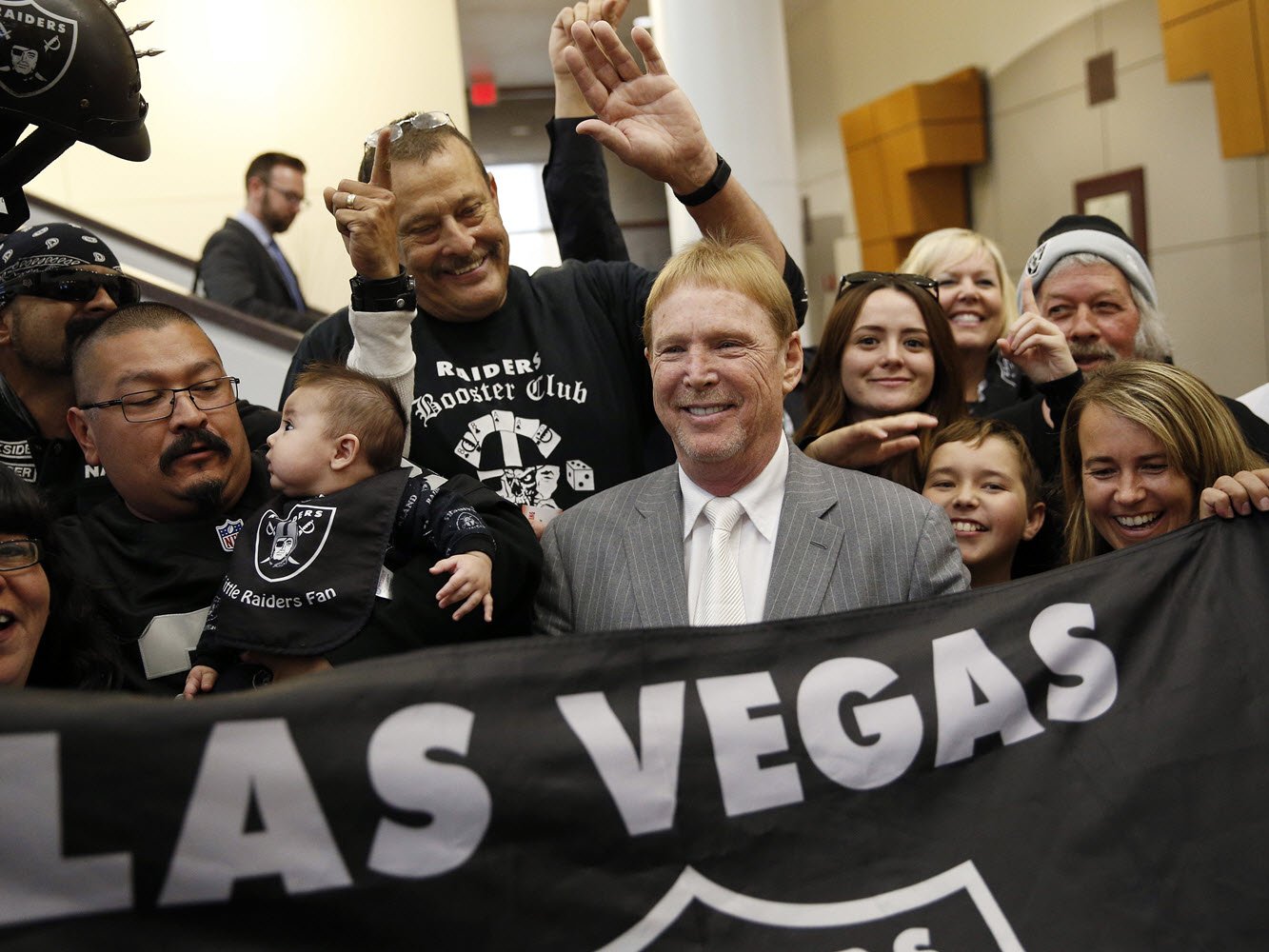 On Friday, the Nevada Assembly voted and approved $750 million for a new NFL stadium that is seemingly the last big hurdle to building a future home for an NFL franchise.

Afterwards, Raiders owner Mark Davis issued a statement that is his strongest words yet on a potential move, making it sounds like he is pretty confident that his team will eventually call Las Vegas home.

“I would like to thank Governor Sandoval, the Southern Nevada Tourism Infrastructure Committee, and the members of the Nevada Legislature on this historic day, ” said Raiders owner Mark Davis. “All parties have worked extremely hard to develop and approve this tremendous stadium project that will serve as a proud new home for the entire Raider Nation.”

The bill passed by the assembly to approve the new stadium now needs to go back to the state senate to iron out the differences with the bill passed there. At this point, that appears to be a formality.

Meanwhile, the Raiders still must overcome their biggest hurdle in moving out of the Bay Area — approval from the other NFL owners.

Davis will need 23 of the other 31 owners to approve the move and at this point it is unclear how they will vote. On the surface there appears to be a division between the old-school owners who may still view Vegas as a place to be avoided, such as the Mara family (New York Giants) and the Rooney family (Pittsburgh Steelers), and some of the newer, more revenue-conscious owners, such as Jerry Jones (Dallas Cowboys).

Of course, even if the owners don’t approve the move, that may not necessarily be the end of the Las Vegas Raiders. Davis, could still try to move his team on his own and then let the courts settle the differences later. Considering the contentious history between the Davis family and the NFL, one that saw Mark’s father, Al Davis, fight the NFL in court on more than one occasion, that is not a scenario to be taken lightly.

No matter how this plays out, for now at least, Mark Davis is speaking like somebody who believes his team is moving to Las Vegas.

SEE ALSO:The NFL’s highest-paid players at every position, from quarterback to long snapper