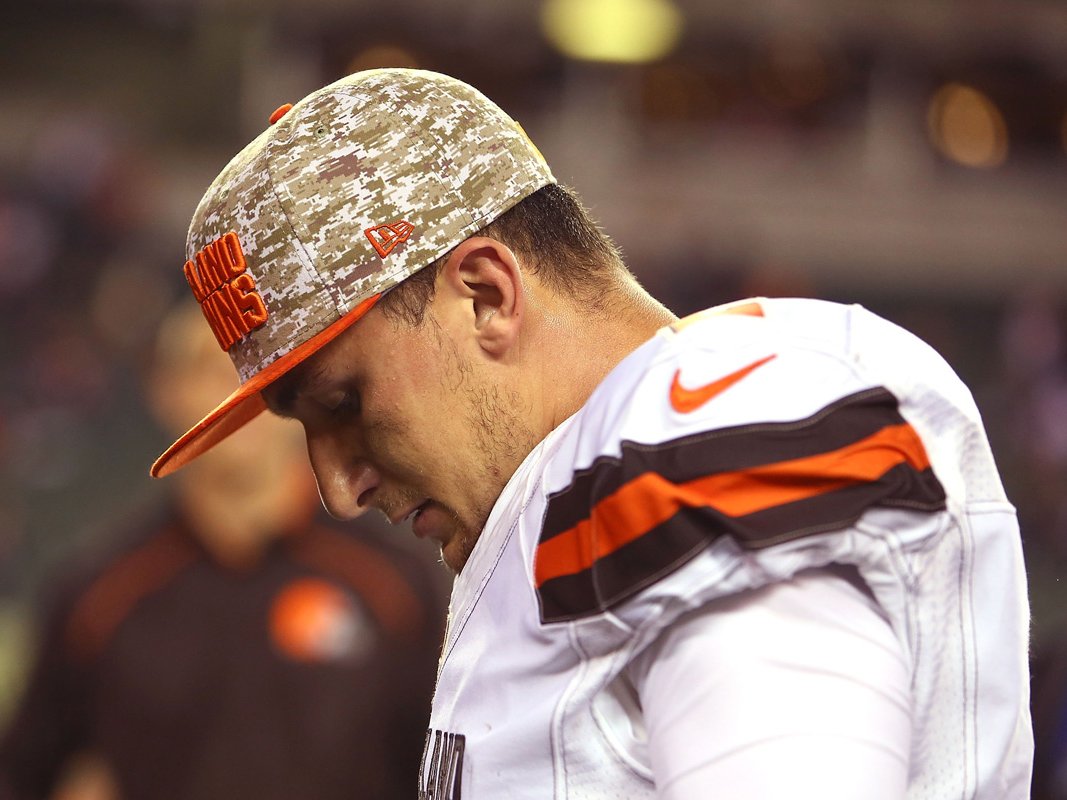 The Browns announced on Wednesday that they have hired former Bengals offensive coordinator Hue Jackson as head coach.

The hiring likely signals the end of the Johnny Manziel era in Cleveland.

According to ESPN’s Dan Graziano and Pat McManamon, Manziel was discussed at great lengths during Jackson’s interview for the Cleveland head coaching position. Jackson reportedly said that if he were Cleveland’s head coach, he’d prefer to move on from the former Texas A&M standout. The Browns front office reportedly said that wouldn’t be a problem.

What’s unclear is if the Browns will cut Manziel or try to trade him.

The latter option may be difficult for the Browns. Manziel, who won the Heisman Trophy in 2013, was drafted 22nd overall by the Browns in 2014. His two years in the NFL have been marred by controversies off the field. After the 2014 season, Manziel checked into rehab for alcohol addiction.

This year, Manziel featured in nine games, but his play at quarterback was again shrouded by incidents off the field. Most notably, Manziel was seen partying during the Browns’ bye week, just days after being named the starter. The Browns benched him afterward.

At the end of the season, after a few moderately successful starts, another video of Manziel partying surfaced. Later that week, the Browns announced Manziel had a concussion and wouldn’t play the final game of the season. Manziel then didn’t report for a concussion check-up before the game and couldn’t be reached by phone. He reportedly had went to Las Vegas and gambled while wearing a disguise.

TMZ reported earlier this week that Nike is considering cutting ties with Manziel, and LeBron James’ marketing agency, LRMR, cut ties with him in early January.

Manziel, who is a native of Texas, reportedly wants to play for the Cowboys.

The Browns finished 3-13 this season and have the second overall pick in the draft.