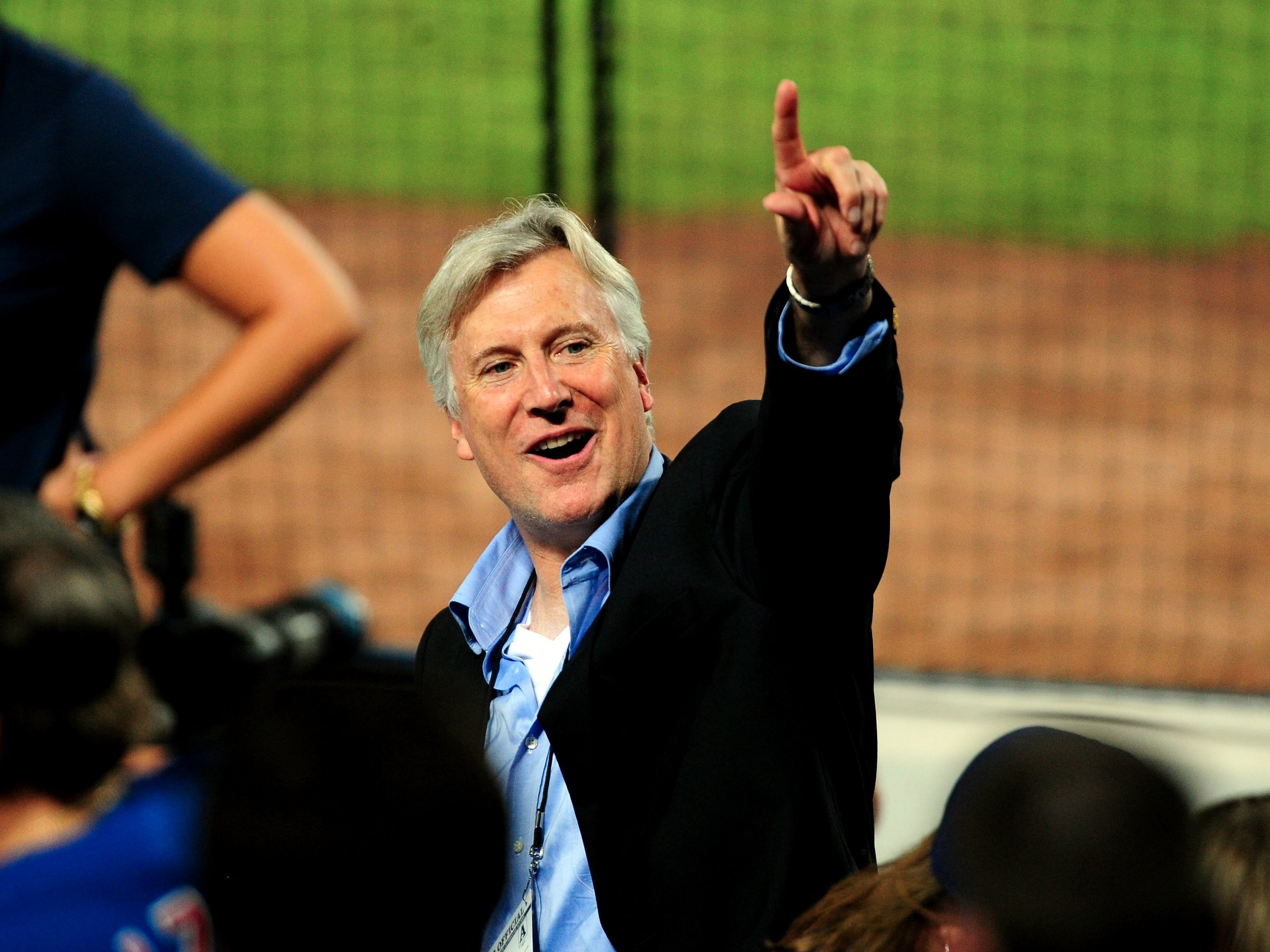 Guggenheim Partners, a $290 billion investment firm with ties to the family behind New York’s Guggenheim museum, is being rocked by a leadership crisis that’s now broken into the city’s tabloids.

In the last 24 hours the company has refuted multiple reports that CEO Mark Walter will step down, its chief investment officer has appeared on CNBC and claimed there’s “no tumult” at the company, and Guggenheim has also had to deny reports on a real-estate blog and in the New York Post that Walter bought a California mansion for a younger female executive at the company.

The company’s CIO, Scott Minerd — who is credited with growing the firm’s assets to nearly $300 billion — did acknowledge that the firm faces an SEC investigation. He didn’t elaborate, but Reuters has reported that the investigation is related to an investment in a London-listed business with banking investments in Africa.

Walter, who owns the Los Angeles Dodgers and helped found Guggenheim, “has no present intent to relinquish his position as CEO,” a spokesperson for Guggenheim told Business Insider in an email. The denials came after Bloomberg News reported that the 57-year-old billionaire might step away from day-to-day management of the firm following reports of tumult among executives. The Financial Times and Reuters also published similar reports.

A key issue, according to the Financial Times, was the promotion of Alexandra Court to global head of institutional distribution a year ago. Her promotion coincided with the firing of 22 members of the executive team, the newspaper reported.

Citing “scores of employees and clients,” the paper said the move was a “lightning rod for many staff members as her promotion led to radical changes to the group’s asset management unit that alarmed several clients and contributed to the departure of several senior managers.”

It triggered tension between Walter and Minerd, the paper said. Both men have denied this. According to Court’s LinkedIn profile, she’s been at Guggenheim for 7 years. Fellow employees told The Financial Times they were upset she didn’t have a US securities license. She’s currently on a “sabbatical” from the firm, the Post reported.

Court’s $13.5 million Pacific Palisades home is also part of the controversy. Records show it was acquired by the same entity as the one that handled the purchase of Walter’s $85 million home, real estate blog Yolanda’s Little Black Book reported.

The company denies Walter, who is married, and Court have a relationship beyond business. Here’s a memo that Guggenheim’s board of directors sent to employees on Sept. 20 in support of Walter:

From: Guggenheim Partners Board of Directors

You may have read various recent accounts in the business press regarding Guggenheim and its senior management. In spite of our representatives telling the press what we summarize below, stories have been published that are, simply, wrong. We issue this — a unanimous statement of Guggenheim’s Board — to set the record straight.

We trust that this clear and concise communication ends the confusion and misinformation that has characterized recent press coverage of our firm.”