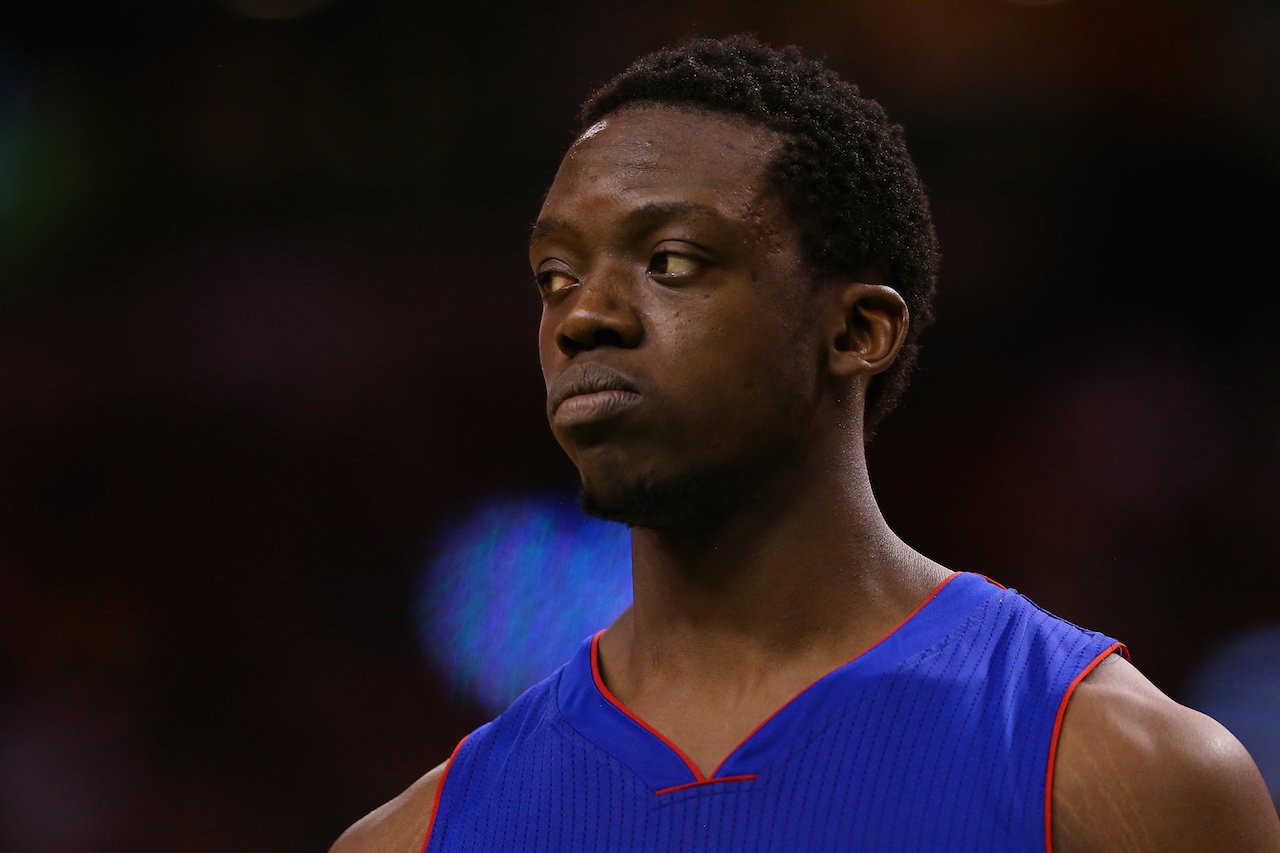 The Detroit Pistons eked out an important win in the playoff race against the Oklahoma City Thunder on Tuesday night, and Pistons’ starting point guard (and Russell Westbrook’s former backup) Reggie Jackson made it clear how happy he was with the victory against his former team.

With eight seconds left in the fourth quarter, the Thunder trailing by four, Westbrook missed a three-pointer, effectively ending the game. The Thunder fouled Aron Baynes, who had corralled the rebound, and as the players walked to the other end of the court for the free throws, Jackson celebrated and paraded around the court:

Then, during Baynes’ free throws, Jackson positioned himself next to Steven Adams and started jawing with his former teammate, who looked extremely angry. Adams is a massive and frankly terrifying guy, and not someone you want to mess with. As Jackson kept talking to him, it looked for a moment as though a fight might break out (it did not).

After the game, Westbrook was not pleased with Jackson’s behavior, vowing revenge on his former underling.

“Honestly, I think it’s some real bullshi*t,” Westbrook said, when asked about Jackson’s celebrations. “I don’t appreciate it from our team and our organization. I don’t like it all. But it is what it is. We’ll see him down the line. We’ll take care of that when we get there.”

Jackson was traded from Oklahoma City to Detroit last year at the midseason deadline, and his departure was as public as it was messy. Although he often shined for the Thunder coming off the bench, Jackson didn’t shy away from revealing publicly that he did not want to be a backup.

“It doesn’t matter,” Westbrook said on Tuesday. “Honestly, he wasn’t changing nothing for us. Obviously, he didn’t want to be here. He’s in a better spot. He’s not doing too much of a difference, if you ask me. He’s going to stay over here in Detroit. We’re going to stay over here. We’ll see them next season.”

Jackson also didn’t get along well with the Oklahoma City media (to put it lightly), and pretty transparently wanted a change of scenery long before the Pistons finally up and traded for him.

“We felt like everybody wanted to be here except for one guy,” Kevin Durant said at last season’s deadline. “He got what he wanted.”