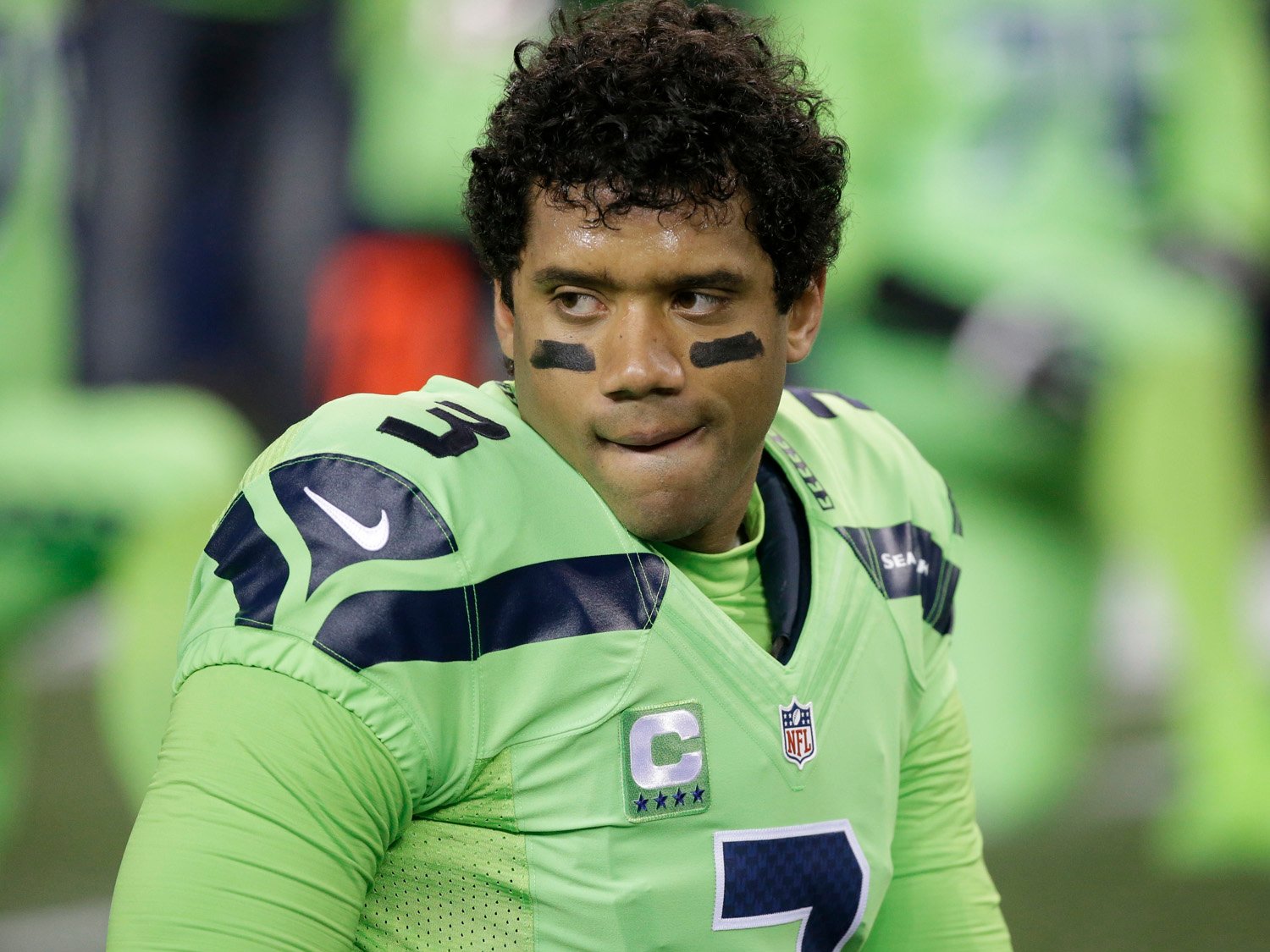 The Seattle Seahawks have made the playoffs in each of Russell Wilson’s five seasons and have even won a Super Bowl, but apparently, not everyone on the team is a fan of the 28-year-old quarterback.

ESPN’s Seth Wickersham reveals in a bombshell profile of Richard Sherman’s growing divide with the team that Wilson has long been a “divisive” figure in the Seahawks locker room, namely among the team’s defense.

According to Wickersham, several defensive players believe Wilson gets special treatment from the coaching staff. Additionally, many players have been turned off by Wilson and head coach Pete Carroll’s reaction to their last-second loss to the Patriots in the 2014 Super Bowl — none more so than Sherman.

Wickersham reports that the disdain for Wilson among some players goes beyond the jealousy some teams typically have for star quarterbacks (emphasis ours):

“Wilson has been a divisive figure almost from the moment he earned the starting job, long before he became the most famous and highest-paid Seahawk. It seems to go beyond the normal jealousy aimed at most star quarterbacks. Teammates privately seem to want him exposed, but ask them why, or on what grounds, and their reasons vary.

“A man who vowed to live in transparency — Wilson famously announced that he was refraining from premarital sex with his then-girlfriend, Ciara — required guests to sign nondisclosure agreements before entering his box at Mariners games.

“After the Super Bowl against Denver, team management ‘fell in love with Russell,’ in the words of a former high-level staffer; defensive players would see him in executives’ offices and wonder, ‘Why not me?’ Pettiness grew. In 2014, Bleacher Report reported that some black teammates ‘think Wilson isn’t black enough.'”

According to Wickersham, the divide can be traced to philosophical differences between Wilson and Carroll and players like Sherman. Wilson and Carroll are relentlessly positive and upbeat, choosing to move on from plays like the intercepted Super Bowl pass from the 1-yard line. Others yearn for more criticism and regret.

Wickersham points to several examples of the divide between Wilson and the defense.

The Seahawks hold what Carroll calls “Tell the Truth Mondays” during film sessions, but some players joke that it should be called “Tell the Truth to Certain Players” because Wilson is often “exempt” from criticism.

While some players think Wilson is a good quarterback, they also are tired of Wilson’s positivity when the offense fails to perform relative to the routinely excellent defense.

Wickersham writes: “It galls the defense to hear Wilson, ever positive, stand behind a podium and insist that the offense ‘made some great plays’ after games in which the Seahawks barely score — and then be propped up as if he were Aaron Rodgers.”

In the end, however, Wilson is not going anywhere. He signed a four-year, $87 million contract in 2015 and remains the franchise quarterback. The Seahawks admitted to listening to trade offers for Sherman this season but ultimately didn’t find a deal.

Wickersham reports that for now, tensions seem to have cooled within the Seahawks, but it’s hard to imagine issues not bubbling over should they hit a bump in the road this season.

SEE ALSO:Richard Sherman is reportedly inconsolable over the Seahawks’ Super Bowl collapse 3 years ago, and it’s caused a rift within the team