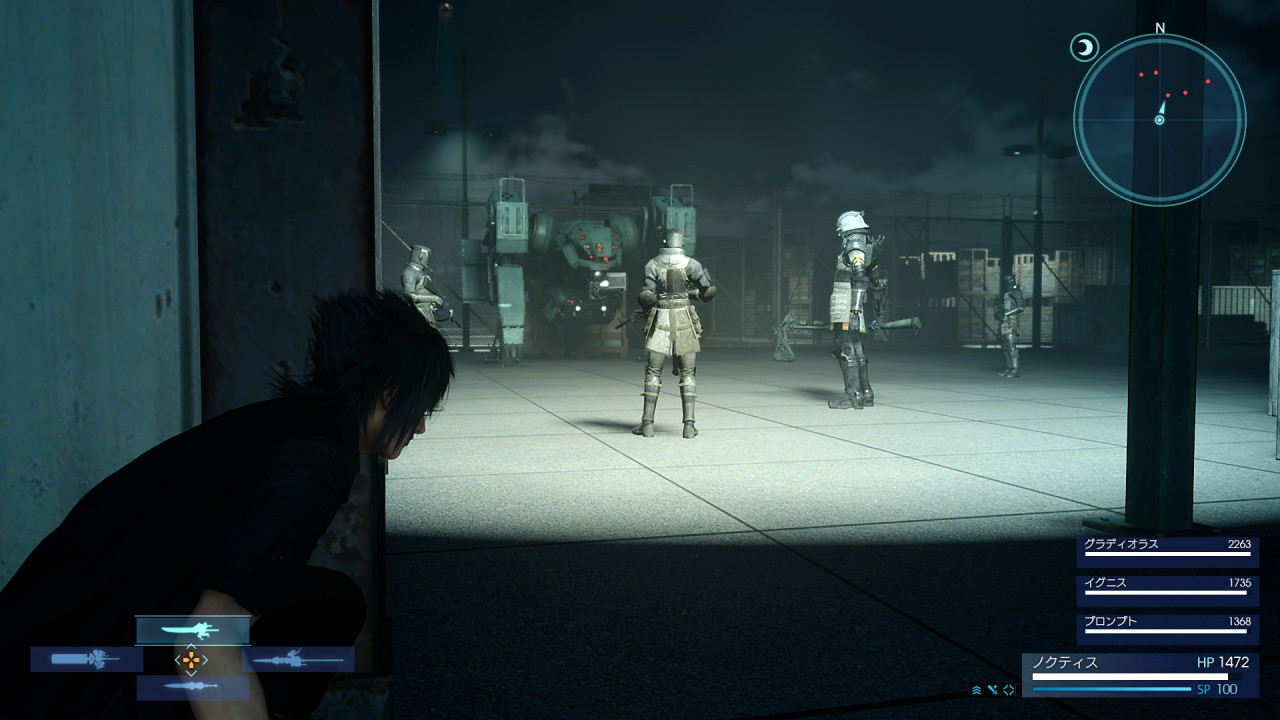 Time to take the old batch of screenshots for one more spin. Square Enix is mere days away from announcing the date of its most highly anticipated release in years, and we should be much wiser about Final Fantasy XV following the scheduled March 30 broadcast.

And that includes new screenshots for the next time I decide to rant about this game.

We’re heading into this broadcast with two huge rumors regarding the release. Of course, the date itself if widely believed to be Sept. 30 thanks to rumors that Gematsu says it has confirmed with its sources. The release makes total sense, because, believe it or not, Final Fantasy is still a blockbuster title that deserves to go up against the biggest franchises gaming has to offer.

If it can compete with the likes of Call of Duty, Square Enix will have done its job. With no Assassins’s Creed or Bethesda open world game currently announced for 2016, less competition means more time to sink into the latest from this beloved franchise.

However, one other nagging question towers over the speculation on the release window, and that is the potential for a PC port. As it stands, Final Fantasy XV is currently the biggest case for gaming on a Sony or Microsoft console as opposed to migrating to the PC. Most of Japan’s largest franchises have already made the jump, everything from Street Fighter and Tales to Metal Gear Solid, Dark Souls, and potentially Tekken.No doubt, Sony and Microsoft are hoping that the JRPG crowd sticks around to at least drop money on their consoles for this game.

We probably won’t be learning about this PC port next week because Square Enix has contractual obligations to make sure this is a console-selling hit. But count on it, Square Enix will be bringing Final Fantasy XV to the PC eventually. Every other Final Fantasy game has been dropped on Steam over the past year or two, and that is evidence enough that the series has already established a fanbase beyond its console home turf.

To think that Square Enix doesn’t want to eventually benefit from its new-found audience would be naive.

As for the game itself, I have unwisely let my expectations get too high. A recent playthrough of Final Fantasy IV Advance has my Final Fantasy nostalgia in full gear, and, as of right now, the franchise can do no wrong in my brain. The radical departures from traditional entries in the series might turn off some fans, but I’m ready to accept a few changes knowing that the older games are always there waiting for me.

Final Fantasy XV’s demo, “Episode Duscae,” had plenty of issues, but a year has passed since then for the company to make proper adjustments.

I say every year at around “Game of the Year time” that the new generation is finally worth buying into, but come March the following spring, I start to doubt those words. 2016 is proving to be no different with the biggest hits of last year already a distant memory rather than something I can’t wait to dive back into. Lasting desire to replay favorites is how I determine if I’m ready to accept the new consoles, and three years in, that hasn’t happened yet.

Final Fantasy‘s soul-searching sabbatical was excused thanks to others stepping up to fill in the void. However, only one console generation is excusable, and the PlayStation 4 and Xbox One desperately need this staple of gaming to deliver big for me.

Middle-earth: Shadow of Mordor, Metal Gear Solid V: The Phantom Pain, and The Witcher 3: Wild Hunt, all great games, but they aren’t as majestic to my gamer mind as “the next Final Fantasy.” Here’s to hoping that 2016 proves to be year I finally see my PlayStation 4 as a worthy purchase, and Final Fantasy XV brings the series back to the forefront of gaming.