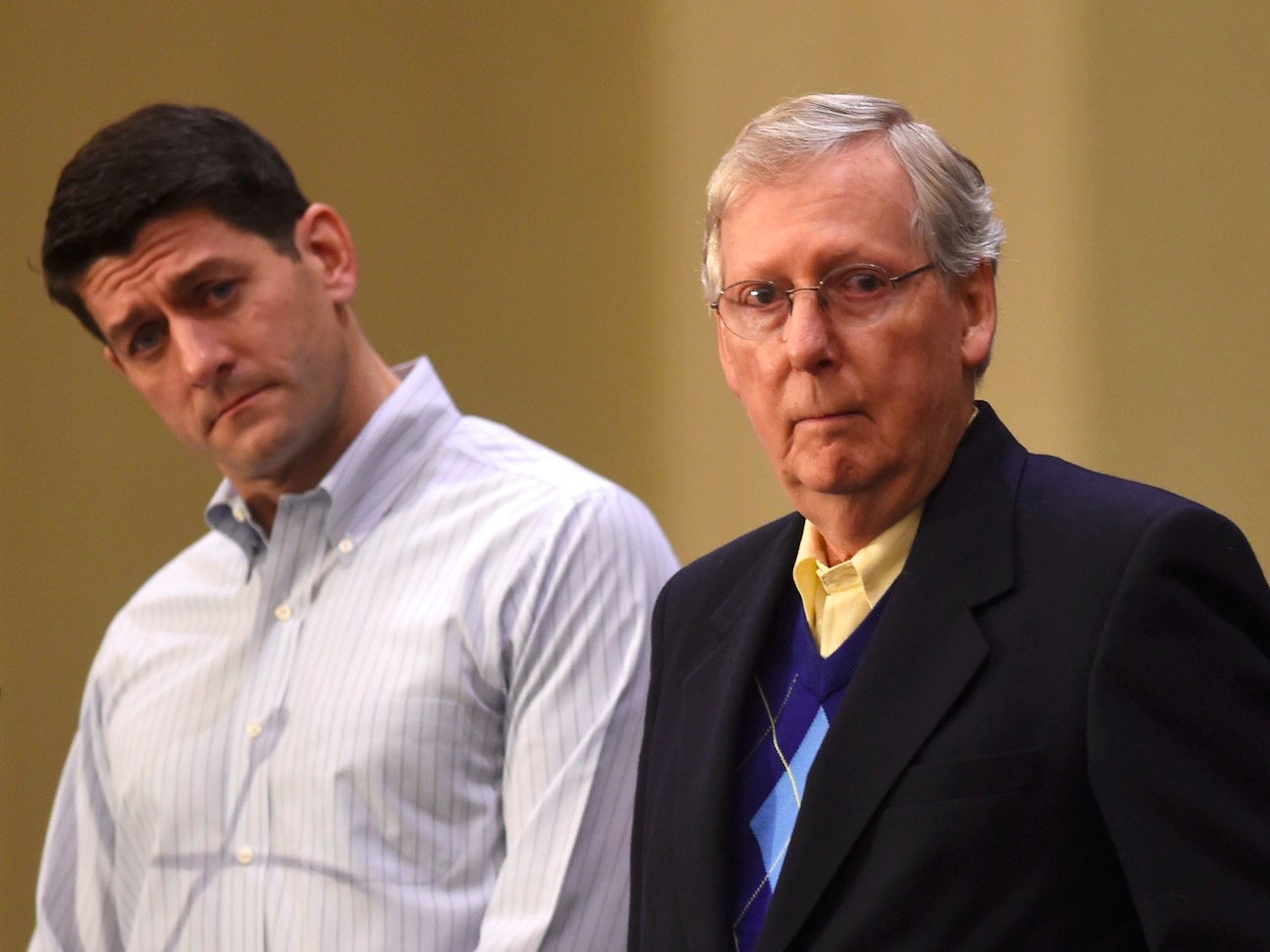 The Republican plan to overhaul the US healthcare system might be about to look very different.

Republican senators signaled they plan to almost completely gut the American Health Care Act and rewrite their own version of the bill after the AHCA passed the House on Thursday, a sign the fight over repealing and replacing Obamacare is far from over.

Sen. Chuck Grassley told the Washington Examiner that the upper chamber is “going to draft a Senate bill.”

Senate Majority Whip John Cornyn told the Examiner it didn’t matter if the House passed their own bill or not.

“It was kind of a moot issue if the House wasn’t going to be able to pass a bill and now they have, and I’m proud of them for doing it,” Cornyn said. “Now it’s up to us to pass a bill 51 senators can agree to.”

A group of Republican senators from across the ideological spectrum of the party has been meeting as a working group for weeks to formulate a bill that could get majority support in the Senate. They plan to use the budget-reconciliation process to avoid a Democratic filibuster, meaning any plan only needs 51 votes to pass through the chamber.

Several Republican senators are opposed to the current version of the AHCA, and passing legislation based on that bill would be difficult in the upper chamber.

“A bill — finalized yesterday, has not been scored, amendments not allowed, and three hours final debate — should be viewed with caution,” Sen. Lindsey Graham, a Republican from South Carolina, tweeted Thursday.

Other key GOP Senators, including Senate Health Committee Chair Lamar Alexander and Sen. Roy Blunt, told Bloomberg that they also plan to write their own version of the bill.

The AHCA squeaked through the House on a 217-to-213 party-line vote.