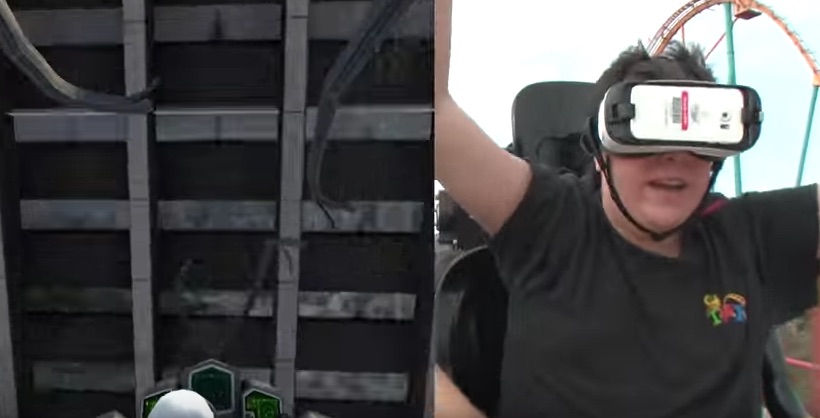 If you’re a fan of roller coasters, virtual reality, or both, you need to watch this video right now.

Earlier this week, Six Flags announced plans for the first virtual reality rollercoasters in the U.S. thanks to a partnership with Samsung. Now, just a few days later, the first ride is up and running at Six Flags Over Georgia. In the words of one lucky reviewer who got to try it out for himself, “This is insane.”

To create the new experience, Six Flags designed a virtual experience to match the movements of one of its actual roller coasters. In this case, it’s the Dare Devil Dive, which offers plenty of drops, turns and flips. Each rider wears a Gear VR for the entire ride, and can even shoot at enemy aliens by tapping the touchpad on the side of the headset.

In their full review, Theme Park Review, notes that the experience is even better in person. The graphics in the video above looks a little flat and blocky, but with a Gear VR strapped over your face, it apparently becomes very immersive.

This specific ride is set to open to the public on Saturday. Six Flags previously said it plans to open nine virtual reality roller coasters in total over the next few months.