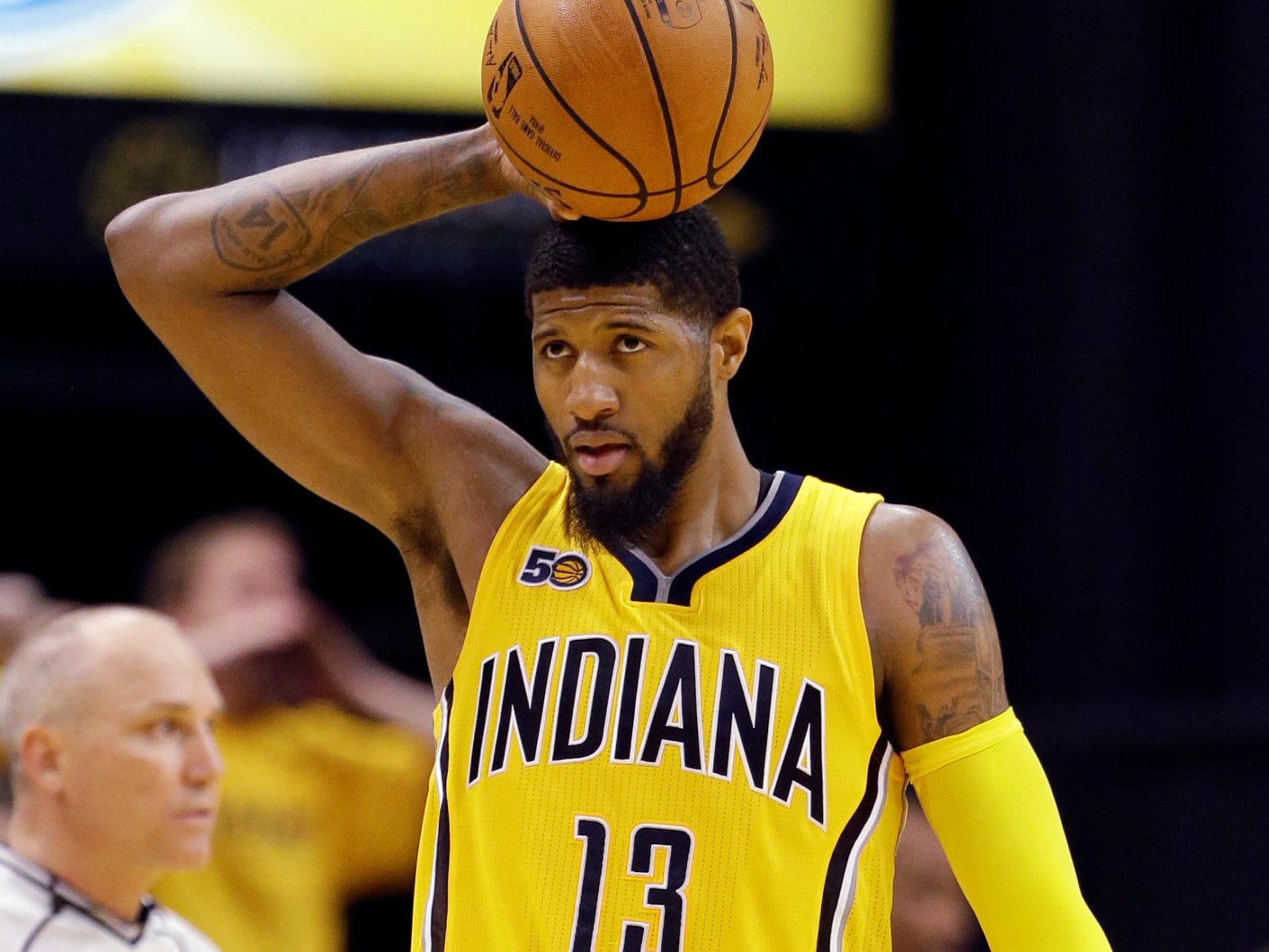 The NBA has been abuzz with trade rumors since Paul George reportedly told the Indiana Pacers he intended to become a free agent in 2018 and leave the team, preferably for the Los Angeles Lakers.

While several NBA teams are reportedly aiming to trade for George, according to ESPN’s Zach Lowe, some teams are hoping the Lakers trade for George this season for an odd, seemingly backward reason — they think he’ll hate it there.

The Lakers are George’s hometown team, and rumors of him wanting to return home to play have been around for several months.

However, if the Lakers trade for George, they will lose some assets to build around him, only further stripping down a team that lacks talent. According to Lowe, teams hope that if the Lakers land George, he’ll become disillusioned with the losing and, in turn, want to leave in free agency in 2018.

“There are teams around the league that are interested in Paul George who are rooting for him to be traded to the Lakers now so that he goes there and they suck, and he says, ‘Oh boy, I need to get somewhere else. Let me look around again and see where I can get,'” Lowe said on his podcast. “And then those teams will chase him in free agency having surrendered nothing and having watched the Lakers surrender real things.”

As Lowe and fellow ESPN writer Kevin Arnovitz noted, the Lakers are simply low on talent, and even adding an All-Star player in George doesn’t guarantee a playoff spot, let alone playoff success.

Additionally, as Lowe noted, the Lakers’ recent struggles, like all teams, affects their reputation around the league.

“This is one of the penalties of being bad. Everyone says, ‘Oh, tank this, tank that,’ and tanking is definitely the best way to get a superstar. But you look at the teams that have the assets to go after Paul George,” Lowe said, naming the Phoenix Suns, Philadelphia 76ers, and Denver Nuggets, “none of those three teams are buzzing about Paul George right now. Because he gets there and they’re still not good, and they know that makes it very difficult for us to build a case for him to stay.

“And I think that’s an interesting sort of, what are the ripple effects of just being sort of mediocre or bad for two or three years … It takes you out of a race like this because you just fear your ability to make a case.”

The Lakers may not have those same fears because, if they trade for George, they’ll have the home-town advantage, plus a young prospect from this year’s draft (presumably Lonzo Ball), and cap space in 2018 to attract another star — possibly LeBron James. Those things may be enticing to George.

However, as Lowe and Arnovitz note, there is a risk that by trading for George, the Lakers still miss the playoffs and he grows disillusioned by the losing. The Lakers may have cap space and this year’s second overall pick, but they also don’t own a draft pick in 2018, and it’s difficult to build a proper supporting cast through free agency.

This type of fear may not concern the Lakers, who probably just want to secure George as soon as possible. But it’s nonetheless eyebrow-raising that some teams are reportedly banking on such a scenario.

SEE ALSO:Here are the new Adidas uniforms for all 31 NHL teams