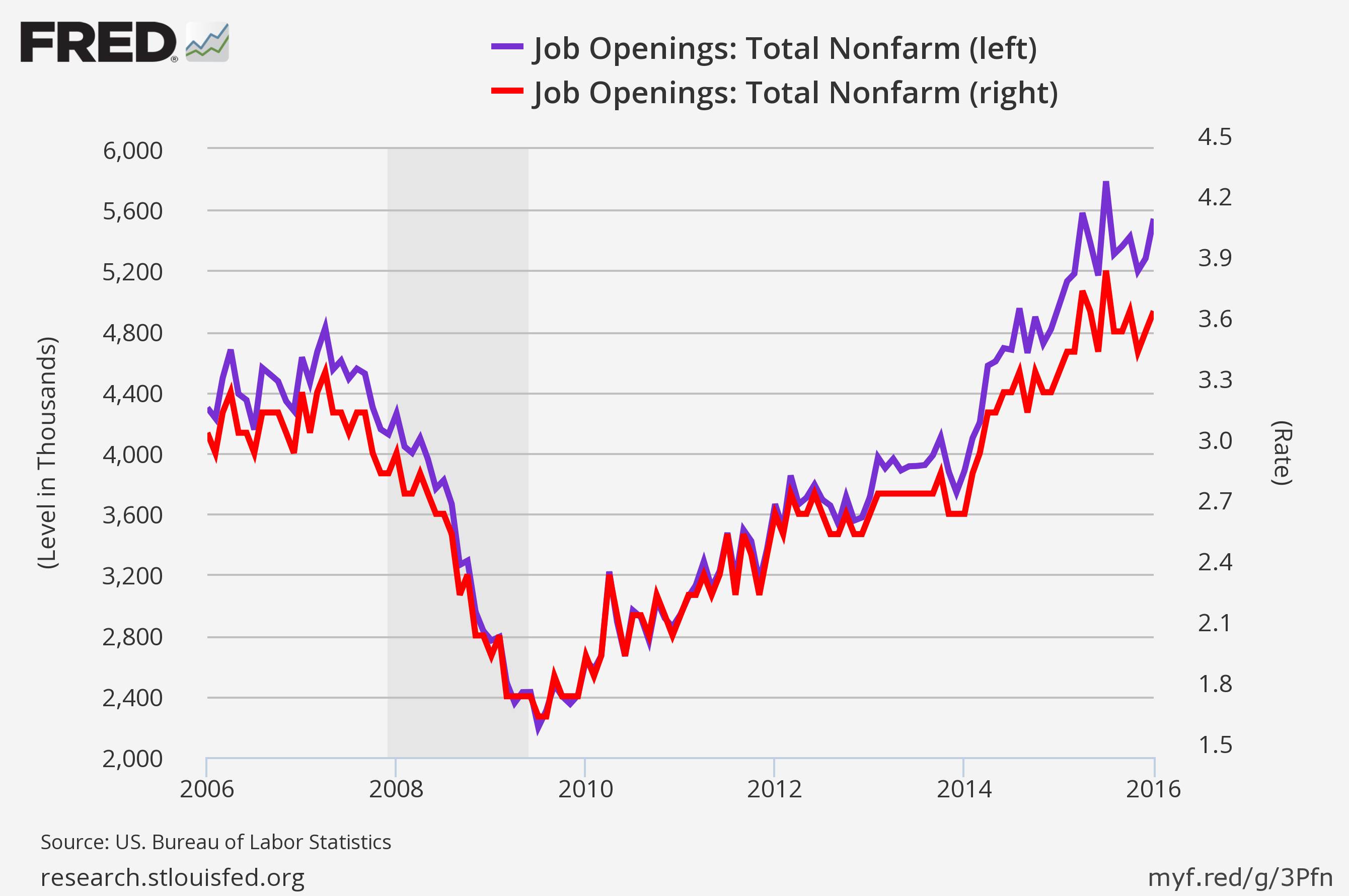 Something is still not quite right with the US labor market.

On Thursday, the latest JOLTS report showed that in January there were 5.541 million jobs open, putting the job openings rate at 3.7%.

Which seems good. And mostly, this is good. But taking an abundance of job openings as an unambiguous sign that things are good in the US labor market, especially at this point in the recovery, would be to ignore that there are clearly some deficiencies with identifying and hiring labor among US businesses right now.

In a note to clients late Thursday, the team at Bespoke Investment Group highlighted the current stubborn gap in the “Beveridge curve,” a measure that tracks the gap between the unemployment rate and the number of unfilled jobs in the economy.

And as Bespoke shows in the chart below, both the gap for the U-3 and U-6 unemployment rates are larger than would be expected if the labor market returned to its pre-crisis dynamics.

Said another way: there are too many jobs open for economists to declare the labor market has reached full capacity. Bespoke adds that this chart, “implies that labor markets are not yet fully normalized; employers aren’t able or willing to raise wages and fill openings, or there is a large group of people who aren’t able to find work period due to an unwillingness to take a lower wage, inadequate skills, or some other reason.”

Perhaps the labor force participation rate holds some of the keys to explaining this gap, as workers either retiring out of the workforce or putting off participation for more school has been a factor in keeping this rate near multi-decade lows.

Though, the labor force participation rate began falling well before the financial-crisis-induced recession.

So again, no cut and dry answers as to what exactly is going on.

But this update on a chart we’ve highlighted before, which comes to us from Deutsche Bank, shows how long it takes employers to fill vacant positions. Right now, it takes about 27 days for US companies to fill a job, up from 23 days at the top of the last cycle and around 15 days at the depths of the recession.

There are two readings on this chart which — in our view — is really the most concise summation of the sort of conundrum we’re wrestling with in this post.

On the one hand employers having a harder time finding qualified workers implies there is robust demand for workers which many would argue points to more job gains, more wage gains, and more economic growth for the US economy.

On the other hand, the economy is grappling with a massive skills mismatch that is hampering progress in the labor market, holding back wage gains, and preventing us from seeing a real acceleration in growth to put the recession fully behind us.