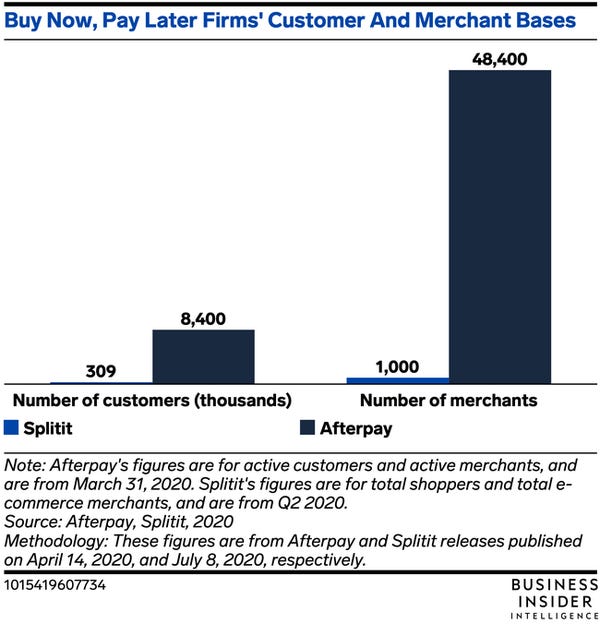 Its MSV growth is coming from both customer acquisition and increasingly large purchases: The firm’s customer base now exceeds 309,000 users — up 85% YoY — and its average order volume (AOV) grew 21% quarterly. Further, Splitit continues to build out its acceptance network, which grew 104% YoY to over 1,000 merchants.

The coronavirus pandemic is driving new interest in the BNPL space from both consumers and merchants, boosting both Splitit’s performance and that of its competitors. The pandemic has caused US unemployment to spike and created an uncertain financial future for many consumers, likely increasing demand for the payment flexibility offered by BNPL solutions.

And merchants are flocking to these services to provide customers with the payment options they want so they can drive sales even as consumer spending struggles and in-store retail falters. These factors are behind Splitit’s MSV growth as well as the recent successes of competitors like Afterpay and Klarna.

Splitit appears to be trailing other BNPL providers in terms of scale, but its recent slew of partnerships could help it grow quickly.