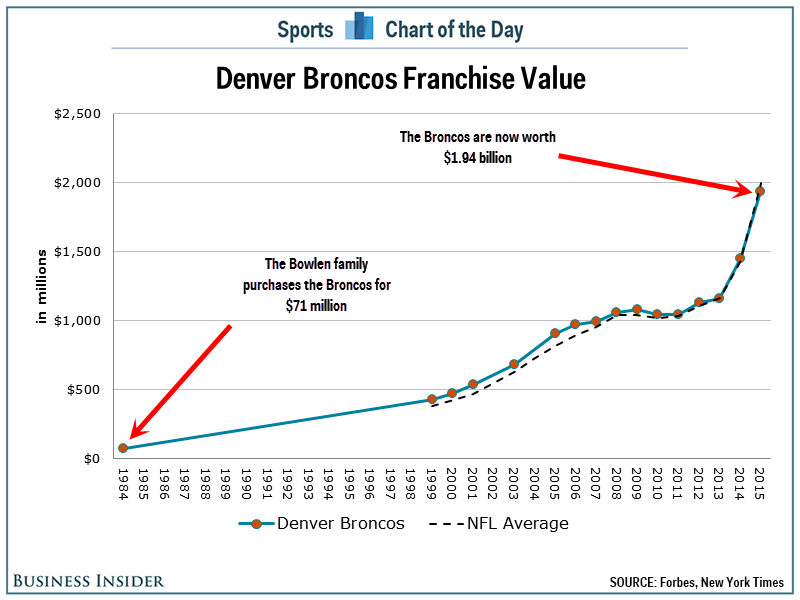 In the spring of 1984, the Denver Broncos had just come off a first-round loss in the playoffs during John Elway’s rookie season. That’s when Pat Bowlen and his family put together $71 million ($161 million in today’s dollars) to buy the team from Edgar Kaiser and a pair of minority owners.

That move has paid off big time.

Since then, the value of the franchise has risen more than 2,500% to $1.94 billion in the latest valuations released by Forbes, and the team is about to play in their seventh Super Bowl since the Bowlens took over. The rise in value has closely mirrored the value of the average NFL franchise, which is now $2.0 billion. However, the Bowlens jumped on the NFL train early enough and are reaping the benefits now. NOW WATCH: A skier fell 1,000 feet down a mountain and brushed it off