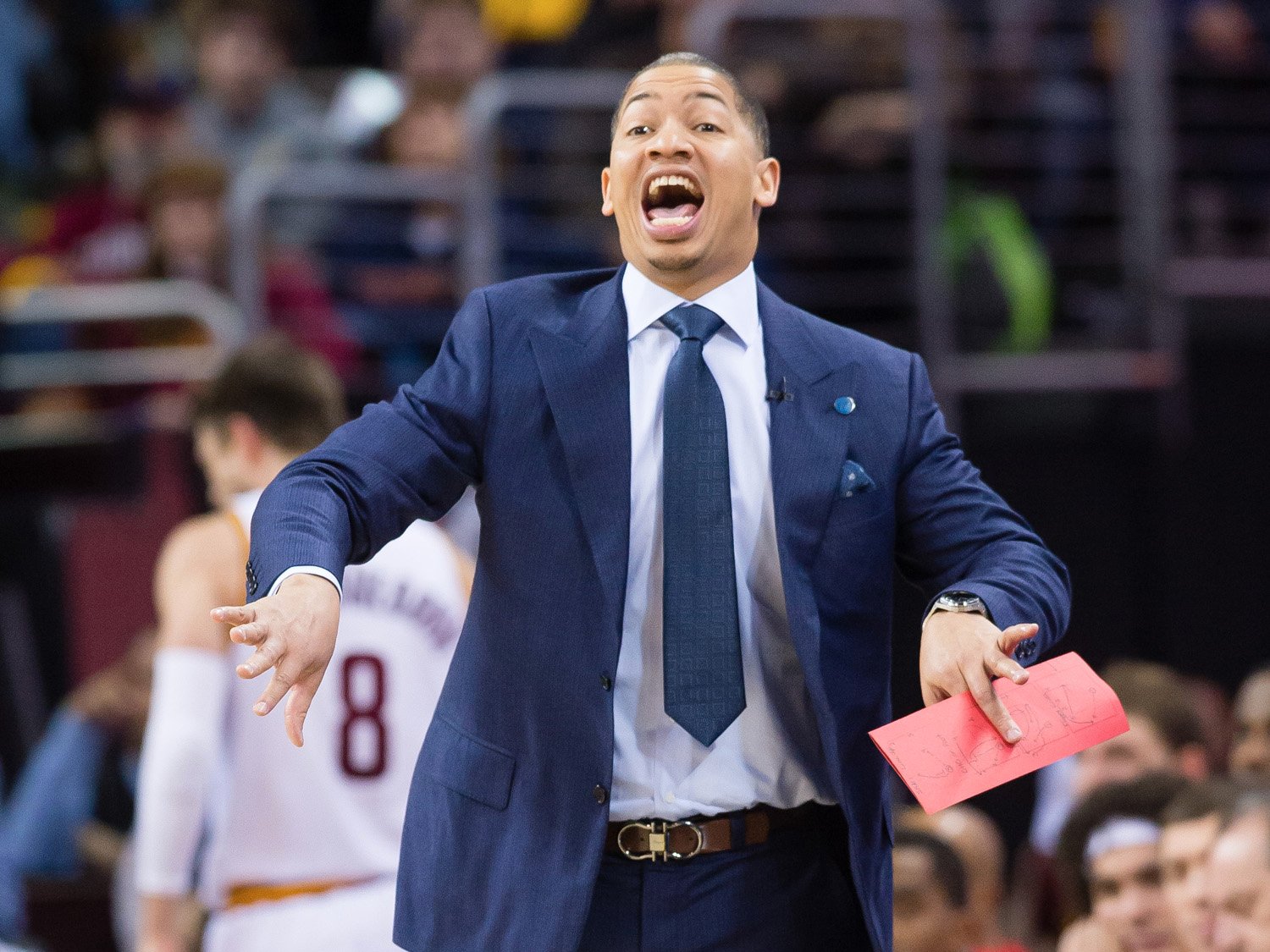 After the Cleveland Cavaliers made the shocking decision to fire head coach David Blatt, they promoted assistant coach Tyronn Lue and gave him a three-year deal as head coach.

Lue was the NBA’s highest-paid assistant coach and reportedly a coaching-candidate favorite of LeBron James.

Lue’s takeover of the team has been surprisingly rocky, as the Cavs got walloped by the Chicago Bulls the next day and barely squeaked out a win over the Minnesota Timberwolves on Monday night.

Perhaps more surprising, though, has been Lue’s blunt assessment of the team since becoming head coach.

At his first press conference, Lue, who has been a supporter of David Blatt, offered two strangely harsh comments. When asked what he would do differently than Blatt, Lue said:

Tyronn Lue on what he’ll do differently than Blatt: “I wouldn’t say ‘differently,’ I would say ‘better.'”

He also said of the day Blatt got fired, “It was a good day for me, but a bad day for Blatt,” another strange rib you don’t often hear coaches make the day after a firing.

That same day, according to Cleveland.com’s Joe Vardon, Lue also delivered a message to the Cavs, saying that Kyrie Irving and Kevin Love need to think less about their “brand.” Lue’s message was that they needed to sacrifice more to help build a more complete team around James.

Irving, for his part, seemed slightly put off by the comment, though Vardon reports that Lue has a calm, fair tone to his critiques:

Me and Kev will do a great job with adjusting to it, but our brands are the last thing we’re worried about. If Kevin was worried about his brand, I don’t think Kevin would’ve came back. And for me to sign here, it was for a legitimate reason and we have a bigger goal at hand that we want to accomplish.

Lue has also taken to slight criticisms of his players on the court. He’s placed an emphasis on playing at a faster pace on offense, but he said that will be difficult to implement because Cavs players aren’t in shape, according to ESPN’s Dave McMenamin.

“I don’t think we’re in good enough shape,” Lue said after the Cavs loss to the Bulls. “I think early, we wanted to push it, we wanted to open the floor, and I think we came out and did that, and then I think we just dropped off the map. I think we got tired.”

As far of pace-wise and the vision that I have for this team, I think we got to play faster. I think we got to utilize Kyrie and LeBron’s one-on-one ability in transition to open the floor more, running more drags and getting that weak-side big out, and we just haven’t been accustomed to playing that way. It’s something new, so I got to do a better job of getting us in some better shape.

LeBron James and Kyrie Irving both agreed with Lue’s assessment, with Irving saying that the Bulls game was the first time he felt like his chest was about to “cave in” from running. But it’s somewhat odd for a new coach to call out his team’s conditioning, particularly midway through the season when they have plenty of games under their belts.

It’s important to note that none of this seems to have upset the team atmosphere. McMenamin reported after the win over the Wolves that the Cavs’ locker room was as loose as it had been all season.

Yet it still seems strange for Lue to come out firing, seemingly trying to institute a cultural change for a team that leads the Eastern Conference by nearly three games.

Perhaps these were feelings Lue had pent up while he waited under Blatt, but he certainly hasn’t seemed shy since taking over the team.