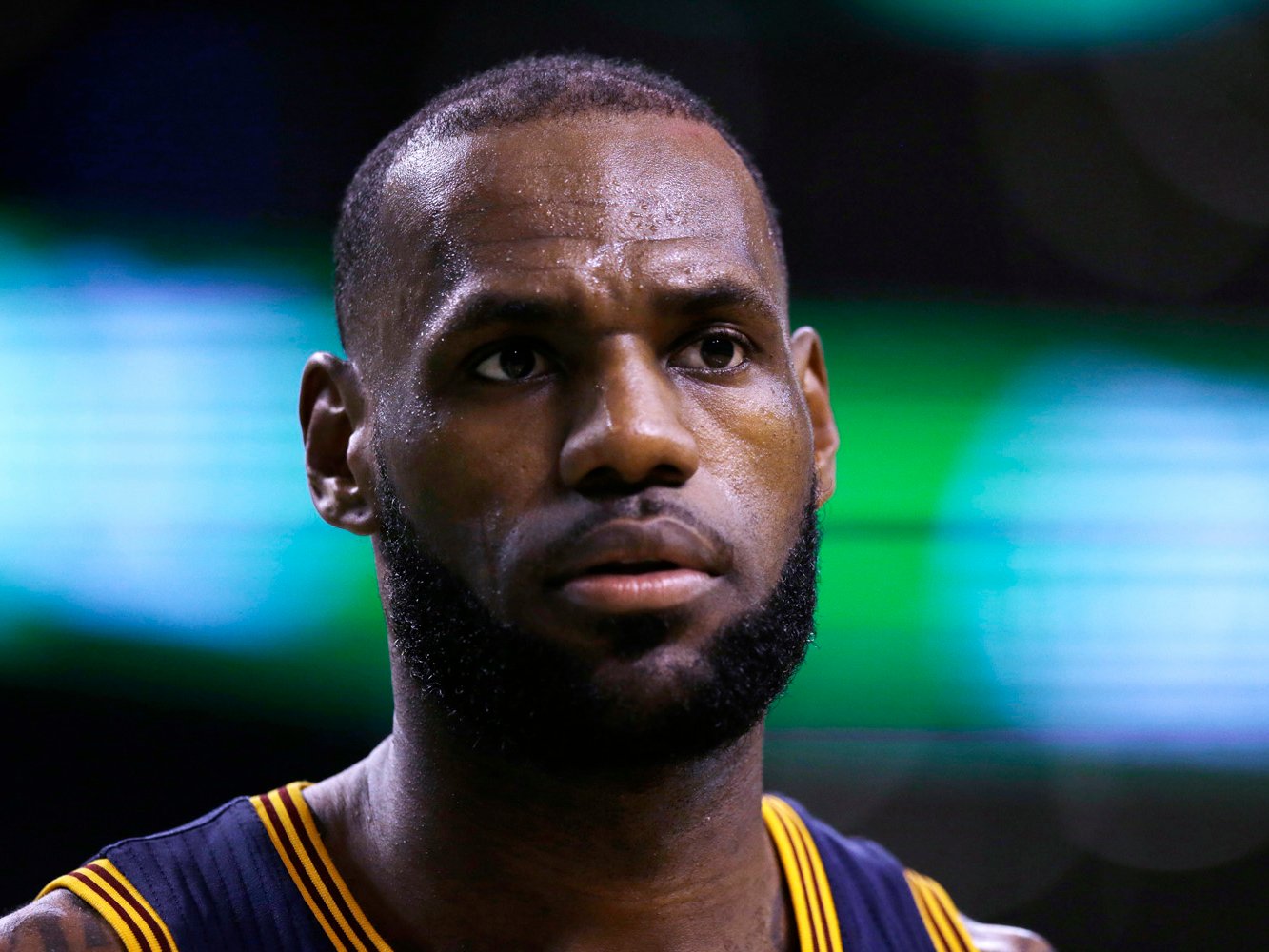 The Cleveland Cavaliers fell apart in Game 3 of the Eastern Conference Finals on Sunday and lost to the Boston Celtics, 111-108.

The Celtics, after getting crushed in Games 1 and 2 and losing Isaiah Thomas to a hip injury, improbably rallied behind some hot shooting and a lackluster performance from LeBron James to steal a win in what had looked like a finished series.

For the Cavaliers, a loss like this is a red flag — they’re still a mess when James isn’t at his best.

The off-court minutes could be misleading in some cases, as the Cavs may get outscored when James sits at the end of blowouts and the result is no longer in question. However, there are still troubling signs, such as that the Cavs have been outscored by five points in first halves alone when James sits.

On a team as stacked as the Cavs, that shouldn’t be the case. In Game 3, the Cavs got exactly what they wanted from James’ talented supporting cast. Kyrie Irving and Kevin Love carried the Cavs, scoring 23 and 26 points, respectively, through three quarters as the Cavs shot 14-27 from three-point range. Yet they led by only five going into the fourth quarter, as James had scored 11 points on 4-10 shooting.

Then, in the fourth quarter, as the game got tight, James couldn’t snap out of his funk. He went 0-3 from the field with two turnovers. He was uncharacteristically out of rhythm.

According to ESPN’s Dave McMenamin, several sources within the Cavaliers believed James deferred too much to his teammates and then couldn’t get going when the team needed him:

“‘He kept feeding them and tried to let the game come to him, and he got out of rhythm a little bit,’ [coach Tyronn] Lue told ESPN.”

On nights when James proves human, the Cavs need more from their defense and other scorers. In Game 3, they didn’t quite get that. Irving and Love scored a combined eight points on 4-6 shooting in the fourth quarter, which is efficient, but not enough when James is off. Even when they got good shots, they couldn’t finish them, which needs to happen for a team with championship aspirations.

Good teams are susceptible to lapses like these, and the Celtics battled to keep their season alive, even without Thomas. The Cavs, in the long run, likely aren’t too worried about losing a close Game 3, given the way they dominated in the first two games.

However, they should be concerned by what might happen if 32-year-old James has an off night in a potential Finals meeting with the Golden State Warriors. The Warriors do not allow for off quarters, let alone off nights. If James’ supporting cast can’t carry him against a feisty Celtics team, they might be in big trouble against a Warriors team that can change a game in a matter of minutes.

All season, the evidence has suggested that the Cavs, as deeply talented as they are, need James to be his most dominant to win games. If James has a mortal moment in the Finals, the Cavs could be in trouble.