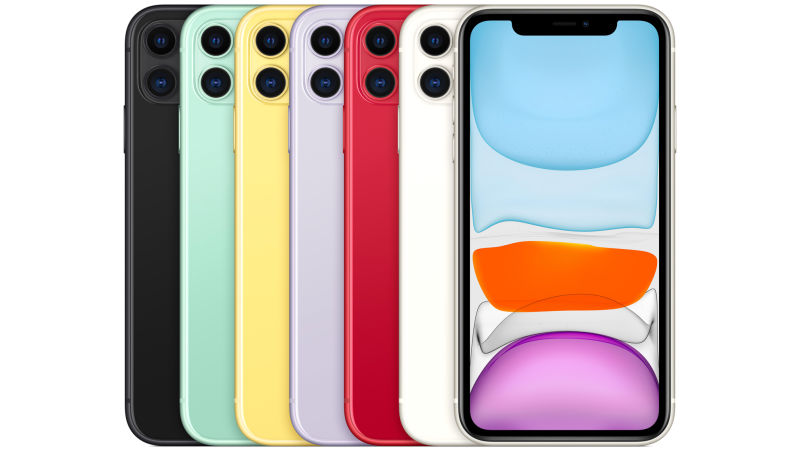 Given the fact that the cheaper iPhone XR was Apple’s best selling iPhone in 2018 and that it out-shipped every other smartphone in the first half of 2019, it comes as no surprise that Apple announced the affordable iPhone 11 today. It now includes the double camera setup of the iPhone XS and XS Max, but the real highlight is a price tag that might once again overshadow Apple’s more premium handsets.

When it comes to Apple’s current phone lineup, the iPhone XS and XS Max get most of the attention…

The iPhone 11 (Apple is apparently dropping the confusing ‘R’ moniker) features the same Liquid Retina LCD display as the iPhone XR—there’s no OLED yet—measuring in at 6.1 inches. Apple has abandoned 3D Touch altogether, as the new iPhone 11 includes Haptic Touch allowing additional software options to be accessed from a longer tap on screen. The iPhone 11 also includes sound improvements for those who don’t want to always have to wear headphones, including a new software simulated spacial audio experience and support for Dolby Atmos.

One of the trade-offs with the iPhone XR over the iPhone X, the XS, and the XS Max was that it skipped the dual cameras on the back for just a single lens and sensor setup. Without the additional telephoto lens the XR had limited Portrait Mode functionality and had to rely on AI and clever software calculations to estimate the required depth of field data.

The iPhone 11 now includes two 12-megapixel cameras on back: a 26mm wide camera and a 13mm ultra-wide camera with the ability to provide 2X telephoto zoom. The new double camera setup also gives the iPhone 11 all of Apple’s Portrait Mode features—nothing has to be simulated anymore—including a new lighting effect called High Key Mono, and a new automatic Night Mode that might give the Google Pixel some more competition. The most useful addition, however, might be the iPhone 11’s new QuickTake feature which allows video to be captured by simply holding down the shutter button, instead of having to switch from photo to video modes first.

The front of the iPhone 11 has seen some imaging improvements too, with a 12-megapixel camera that can now record slow-motion videos and, like the rear cameras, it can capture 4K video at 60 frames per second if simple selfie shots just don’t excite you anymore. This is all powered by Apple’s new A13 Bionic chip, which the company claims includes the fastest GPU ever put in a smartphone. With Apple’s new push for gaming, it’s not surprising the company is ensuring its hardware supports whatever developers can throw at it.

The iPhone 11 will start at $699 for the 64GB model ($300 cheaper than the base model of the $999 iPhone 11 Pro) and will be available in six colors including green, black, white, yellow, purple, and a Product RED option. It will also be offered in 128GB and 256GB options, although Apple hasn’t revealed pricing for either of those yet. You can pre-order the iPhone 11 starting on Friday, September 13, and it will be in stores starting on September 20.

Correction, 4:38 p.m. EST/EDT: The iPhone 11 includes a pair of wide angle cameras on the back, and between them there’s 2X optical zoom. But the iPhone 11 does not include a telephoto lens on the back for zooming past what the 26mm lens can see.