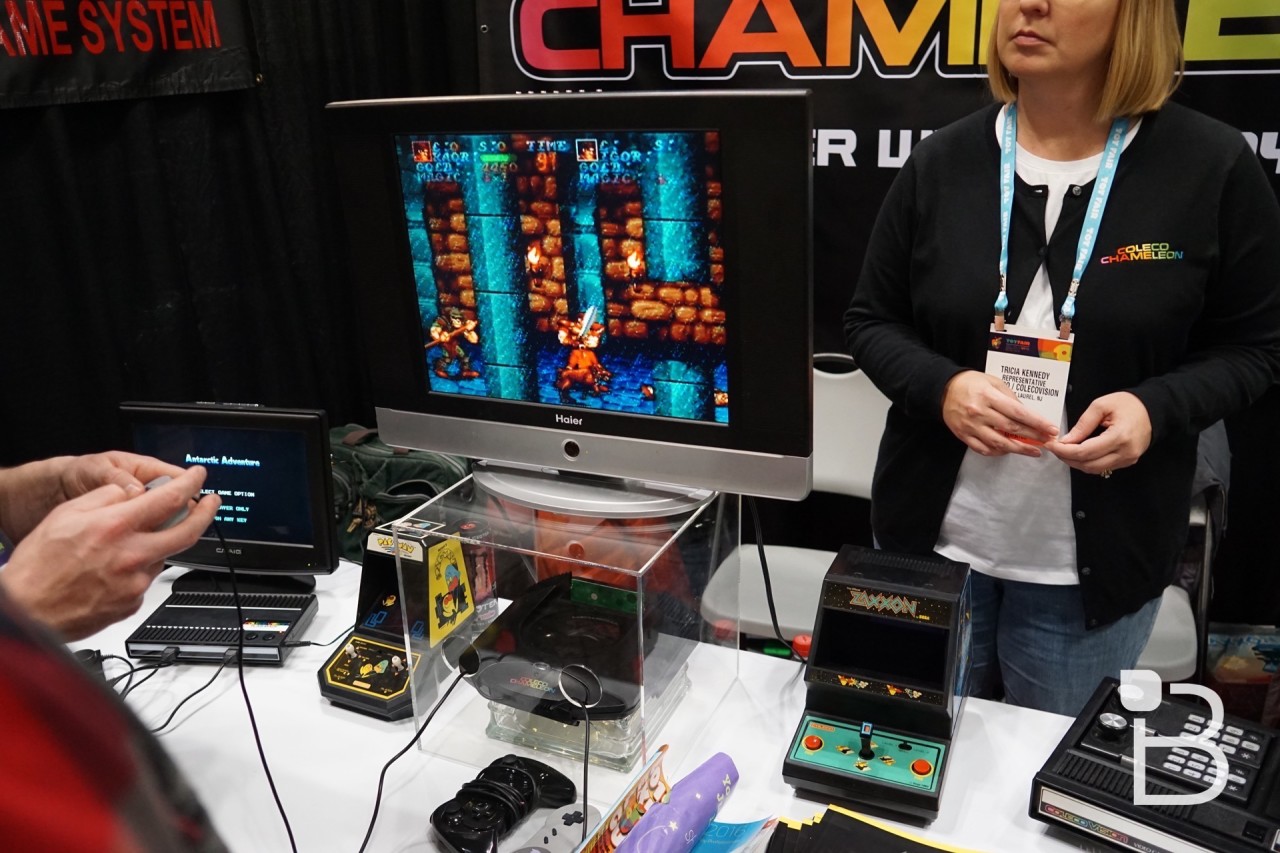 We wrote about the Coleco Chameleon a few months back, but it’s now being pushed back into the spotlight for two key reasons.

First, the modern take on the retro console will begin a new Kickstarter campaign on Friday, February 26, 2016. Second, the console was on hand at the recent New York Toy Fair, and our own Todd Hasselton was there to snap some pics. You can see them at the head of this post.

What is the Coleco Chameleon? Well, in December of 2015, Retro VGS announced that they were interested in bringing back the classic game console with a modern take. It was then that Retro President Mike Kennedy said that “the Coleco Chameleon is a love-letter to all the classic cartridge based gaming systems that came before it…”

When the Coleco Chameleon launches, it will only sell fully developed cartridge games. That means no DLC, and it also means that the game you buy at the store will be the final version launched. What will the games be? We’re not sure yet.

The system includes the controller seen in the gallery above. It also sports four USB ports up front, the ability to plug in a USB keyboard, and video outputs that support everything from HDMI, RCA, to 9-pin Mini-DIN.

I’m not sure if this will be huge in the mainstream, but the Coleco Chameleon is definitely being crafted with retro lovers in mind.

We don’t know the final price yet, but the Kickstarter that launches this month will include a tier for $125 that features the console.