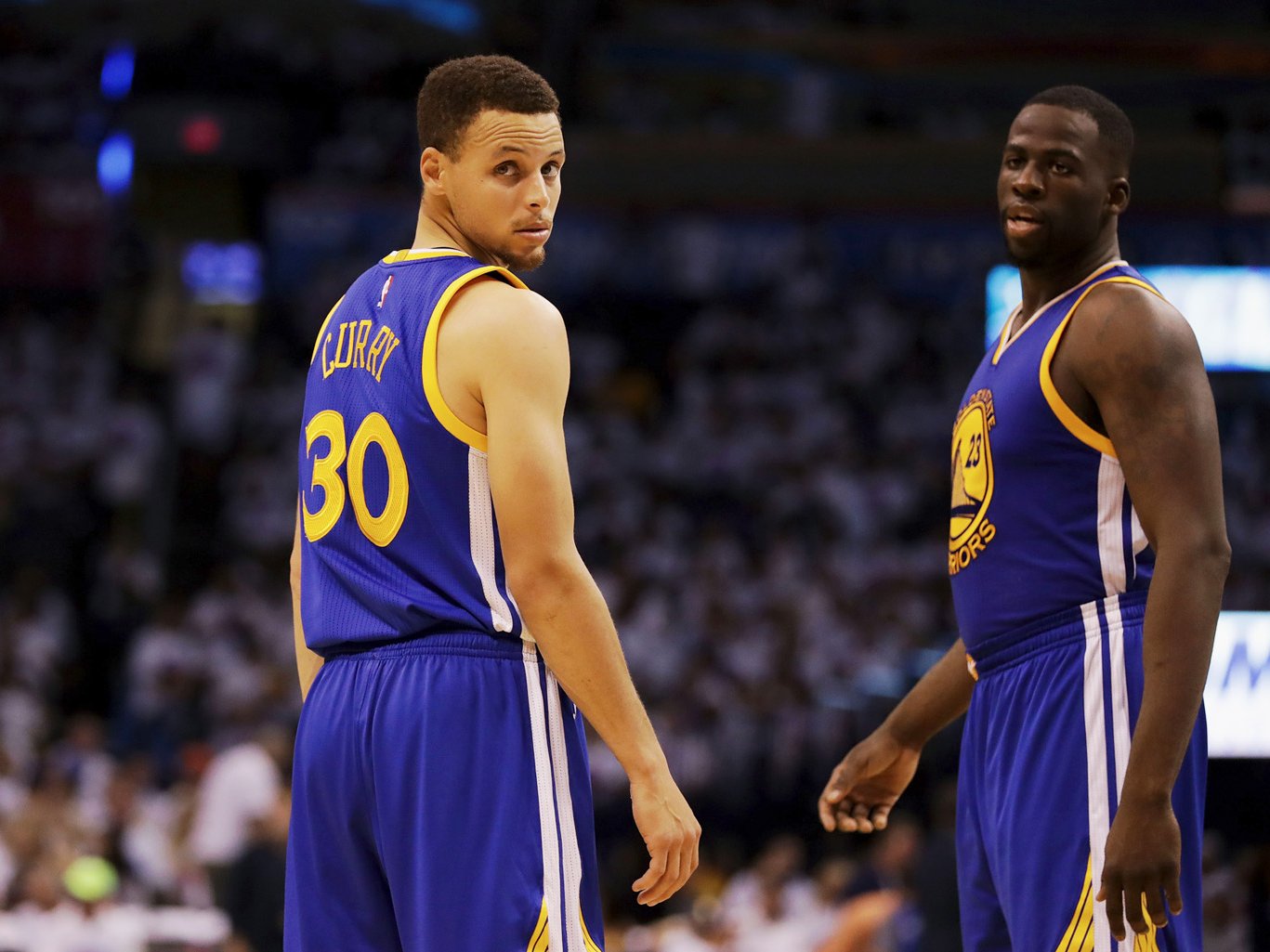 The Golden State Warriors will aim to keep their season alive Thursday night when they play the Oklahoma City Thunder, facing a 3-1 series deficit.

For the Warriors to find themselves on the brink of elimination was unimaginable both two weeks ago and seven months ago. When the Warriors stormed out of the gates to a 24-0 start to their championship-defending season, it became clear no team was their equal.

That lasted the entire regular season as the Warriors pushed their way to an all-time NBA-best 73 wins, topping the 1995-96 Chicago Bulls’ mark of 72 wins. While the Warriors pushed for that record, making it clearer as the season went on that they wanted the accomplishment, they consistently asterisked what 73 wins meant in the long run.

“If we don’t win the championship, what good is 73?” Stephen Curry told ESPN in December.

After reaching 73 wins in the final game of the season, Curry echoed the sentiment, saying, “The regular season doesn’t mean anything at this point. We have two months to play our best basketball and compete and get it done.”

Center Andrew Bogut added after their 73rd win, “There is added pressure on us now to win the championship. With great things comes more responsibility and this is one of those things.”

Now, the Warriors face that very predicament, and nobody is sure what to expect because Golden State has never faced this exact situation in the Steve Kerr era. For two years in a row, the Warriors have been the unquestioned best team in the NBA, and tests such as the one they face Thursday night in Game 5 have been few and far between.

During last season’s playoff run, the Warriors rode a path that pushed some people to call them “lucky”. The Oklahoma City Thunder missed the playoffs as Kevin Durant was injured. The Los Angeles Clippers took out the San Antonio Spurs in the first round, then melted in the second round, leaving an inferior Houston Rockets team to face the Warriors in the conference finals. They then faced a Cavaliers team without Kevin Love and Kyrie Irving, leaving LeBron James and a rag-tag bench unit to face a healthy Warriors team (though the Warriors reportedly feared that battered Cavs team more).

The Warriors rightfully get miffed when they’re called lucky — they didn’t decide their opponents — but it’s fair to say they didn’t face all of the possible tests that could have been thrown their way.

That’s not the case this postseason as they face a juiced-up Thunder squad that has seemingly evolved mid-playoffs. This Thunder team is not just talented — more talented than what the Warriors have seen over the last two years — they’re finally utilizing their full potential athletically. They’re a long-limbed, explosive, collective physical specimen that the Warriors simply can’t match up with. They’re too big and too fast on offense, too long and disruptive on defense. Whereas the Warriors often present a unique, physical challenge to teams who can’t match their positionless, free-flowing basketball, Golden State must seemingly scheme their way past Oklahoma City. That challenge becomes greater when the Warriors’ two best players aren’t themselves. Stephen Curry may be dealing with the after-effects of a knee injury that kept him out two weeks earlier this postseason. Draymond Green, for reasons unknown, has crumpled the last two games against the Thunder, missing shots, throwing errant passes, and generally lacking the versatile swagger that pushes Golden State to the next level. These problems are not singular. Curry can’t function as well when Green is not himself, and likewise, Green can’t do the things he does when Curry isn’t hitting shots and bending a defense. As SB Nation’s Tom Ziller wrote, Green is the “release valve” when defenses pay too much attention to Curry.

Most people didn’t fret when the Warriors went down 2-1 to the Thunder. The Warriors had faced 2-1 deficits before, against the Memphis Grizzlies and Cavaliers last season. Both times, the Warriors rattled off three straight wins.

But the Warriors have never faced a 3-1 deficit before. They’ve never faced elimination. Nobody knows how the Warriors will respond to this challenge. Stephen Curry can’t simply wash away a less-than-100-percent knee injury, but can he play through it? Can Green overcome whatever ails him? Can both players simply flip the switch as the Thunder seemingly have this postseason?

Nobody is ready to rule out a team that was being considered the greatest of all-time just weeks ago just yet. Only nine teams have ever come back from a 3-1 deficit in NBA history, yet ESPN analyst Jeff Van Gundy stated Wednesday night that he still gives the Warriors a 50-50 chance despite the overwhelming odds. The Warriors, after a championship and combined 140 regular-season wins the last two seasons, have earned that confidence.

But losing to the Thunder will diminish what 73 wins means in the long run — the Warriors have said so themselves. Game 5 is the team’s biggest challenge yet. If they prevail — Game 6 in Oklahoma City on Saturday becomes the biggest challenge. We’re about to learn a lot more about these Warriors.