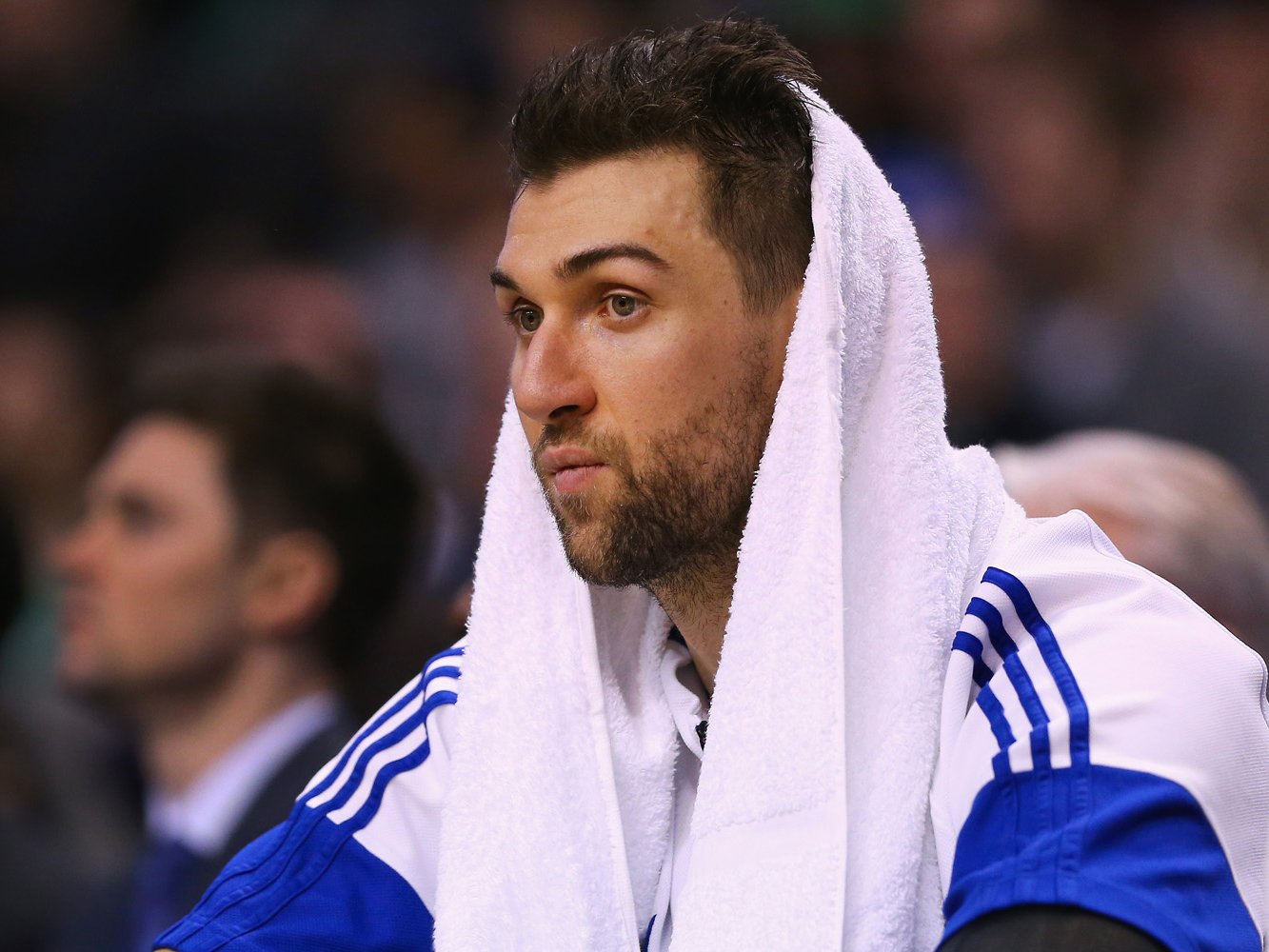 Maddie Meyer/GettyThe Andrea Bargnani trade looks like a disaster for the Knicks now.

Going into the 2013 offseason, the New York Knicks were searching for a way to get over the hump.

They were coming off a 54-win season in 2012-13, their best campaign in a decade, and were fresh off a six-game loss to the Indiana Pacers in the second round of the playoffs.

On the other side of that hump was the Miami Heat, who had made the NBA Finals for a third year in a row.

The Pacers were a bad matchup for the Knicks, but if the Knicks could get past them, they’d seemingly meet the Heat, a team they had beaten three times in the ’12-13 regular season.

So, that summer, the Knicks made a trade they seemingly thought would get them past the Pacers by dealing for Andrea Bargnani from the Toronto Raptors. In exchange, the Knicks traded Marcus Camby, Steve Novak, their 2016 first-round pick, and two future second-round picks.

The trade was highly criticized at the time. Bargnani, the No. 1 pick of the 2006 draft, had slogged through two poor seasons in Toronto, managing a total of 66 games due to injury, while shooting a combined 41.5% from the field and 30.2% from three. Furthermore, he played porous defense and was one of the worst rebounding big men in the NBA.

Worsening matters, reports at the time suggested the Knicks more than overpaid for Bargnani. Following several disappointing seasons with the Raptors, the Raptors were desperate to get out of Bargnani’s remaining $23 million on his contract. Cathal Kelly of The Star wrote at the time, “What was new GM Masai Ujiri wearing when he negotiated this deal? A ski mask? Getting picks in return for a cap-sagging player everyone in the NBA knew you were aching to be rid of is theft.”

Yet the Knicks thought the 7-foot Bargnani, who had promise as secondary scorer and floor-spacer, would fit well next to Carmelo Anthony and Tyson Chandler, providing the mismatch they needed to get past Indiana.

It didn’t go as planned. The Knicks won just 37 games in 2013-14 due to injuries and poor execution and didn’t return to the playoffs. They made widespread changes thereafter, hiring Phil Jackson as team president, firing Mike Woodson as coach after the year, then eventually tanking in 2014-15. They let Bargnani walk in free agency in 2015, and he was recently bought out by the Nets after just five months with the team.

Now, the Knicks are going to pay deeply for that trade. Not only did Bargnani prove to not be the difference-maker they hoped, the Knicks desperately wish they could get that first-round pick back.

After a 122-95 beatdown at the hands of the Toronto Raptors on Monday night, the Knicks are now 24-34 on the year, 13th place in the East. They’re a long-shot to make the playoffs, on pace for a 34-win season.

That would put the Knicks in the lottery, and with the eighth-worst record in the league, likely a top-1o pick. Instead, that pick will go to either Toronto or Denver (depending on where it lands), and the Knicks, for now, look like they’ll be spectators on draft day rather than participants.

Despite another bleak season, the Knicks are actually in decent shape to rebuild. They have a future superstar in Kristaps Porzingis, some decent role players, cap space this summer, and of course, Carmelo Anthony.

Now, imagine if the Knicks had the chance to add lottery-pick player to aid Porzingis and address one of their holes, either at point guard or on the wing. If the Knicks wanted to get into the draft this year, it would likely mean they would have to part with one or more of their younger players in Langston Galloway or Jerian Grant in a trade — a likely lateral move.

The Knicks imagined when they made the trade that they would be a contender, not a lottery team, and their pick would fall late in the first round. Still, it was the short-sighted thinking that has infamously plagued the Knicks from growing anything meaningful over the past decade.

Losing their pick in the Bargnani trade doesn’t totally handicap them, but it places less meaning on a season that’s looking more and more like another lost year. Instead of having the chance to add more young talent to develop, the Knicks will likely resort to spending money to win again until 2017 when they have their own first-round pick again.