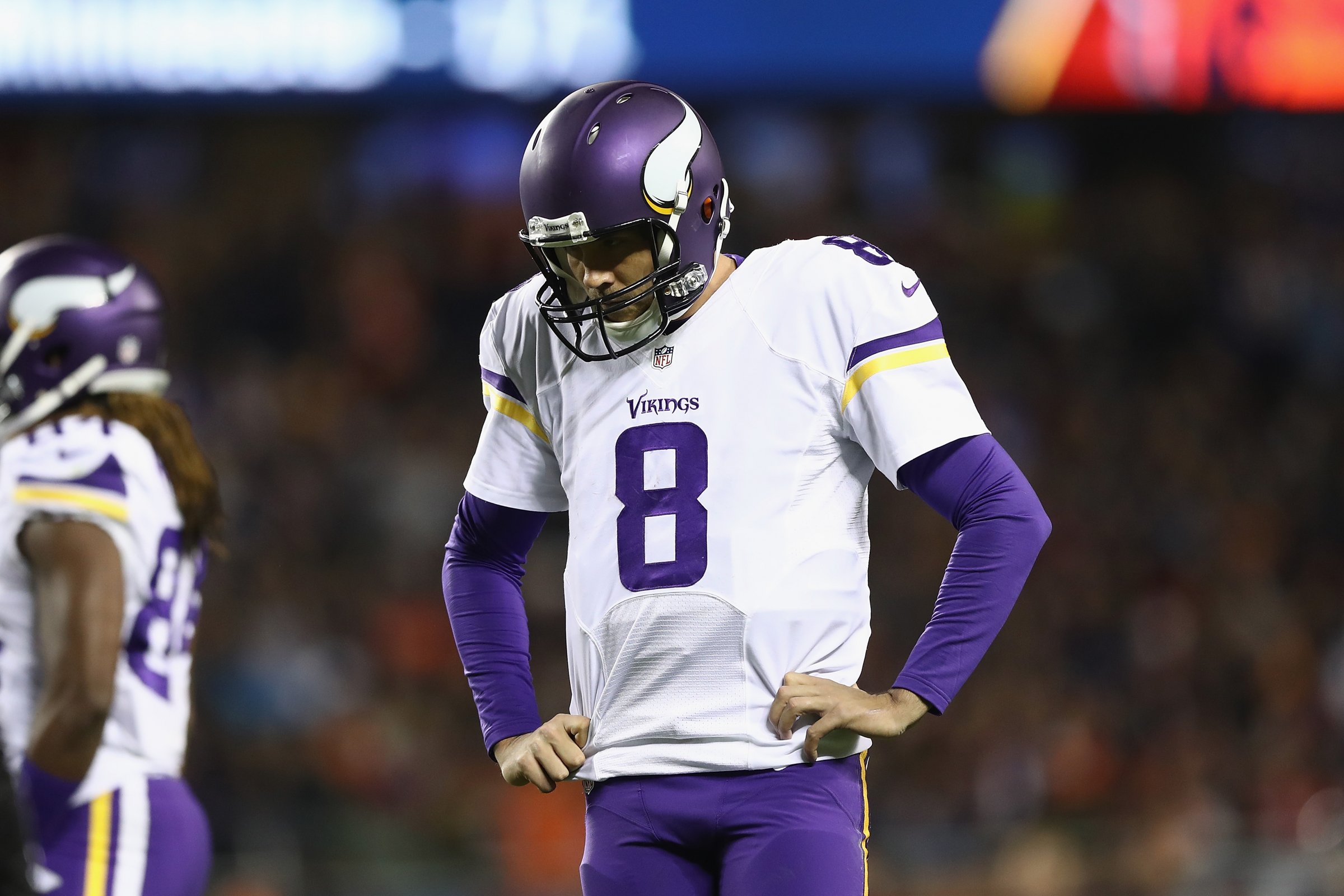 On Halloween night, the 1-6 Chicago Bears rolled over the 5-1 Minnesota Vikings on “Monday Night Football” from Soldier Field, 20-10.

Jay Cutler, in his return from injury, threw for 252 yards and a touchdown, while the Bears defense got to Sam Bradford with ease, sacking him six times.

The game almost certainly does little to affect either team’s season-long trajectory. The Bears, now 2-6, are still well out of playoff contention; the Vikings, despite having come back down to earth rather quickly over the past few weeks with losses on either side of their bye week, are still sitting atop the NFC North. Even if their skid continues, it’s hard to foresee a scenario in which they aren’t at least in contention for a wild card spot.

But the fact that the Vikings — football’s last remaining undefeated team, and an early favorite to come out of the NFC and reach the Super Bowl — could look so mediocre against one of the league’s bottom dwellers is indicative of the larger problem with the NFL this season: there aren’t enough consistently competitive teams.

Yes, the Patriots are 7-1, Tom Brady is a cyborg quarterback whose software has updated so that he can now throw the ball deep down field, and their defense, though far from perfect, is doing enough to keep the team winning games.

But after the Patriots, it’s hard to find a single team in football that has shown any semblance of excellence week in and week out. Each team is either flawed, injured, or just deeply underwhelming.

Pittsburgh Steelers (4-3): For as many talented offensive players as there are in Pittsburgh, without Ben Roethlisberger this team is only so good. Big Ben will reportedly be out for a few more weeks, and when he does return will still be an injury risk.

Oakland Raiders (6-2): Derek Carr is becoming a star before our eyes, but this team is young and concedes an ungodly number of penalties. And, their six wins have come against the Saints, Titans, Ravens, Chargers, Jaguars, and Buccaneers. The defense is giving up 22.5 points per game — 22nd in the league.

Denver Broncos (6-2): The defense is as good as anyone, but is Trevor Siemian really going to go into Foxborough and deliver?

Kansas City Chiefs (5-2): The Chiefs are flying under the radar, to be sure, but there seems to be a ceiling when Alex Smith is quarterback and Andy Reid is coaching. Plus, Jamaal Charles is not 100% and Spencer Ware has a concussion. That leaves a rush-heavy offense in the hands of Charcandrick West.

Seattle Seahawks (4-2-1): The offensive line continues to be so terrible that it often feels as though Russell Wilson won’t make it through the game, much less the season or playoffs.

Atlanta Falcons (5-2): Leading the NFC South while conceding the most points (231) in the entire NFC.

Arizona Cardinals (3-4-1): Perhaps the most inconsistent team in the NFC.

Green Bay Packers (4-3): Green Bay is completely banged up, but Aaron Rodgers can look like an MVP or a below-average starter, depending on the week.

Carolina Panthers (2-5): This team is still a long way from contention, and Cam Newton is getting pulverized every game.

At a certain point you can nitpick every team. Even the Patriots clearly do not feel completely confident in their personnel, having traded away one of their best defensive players ahead of their bye week. And we’re only halfway through the season: teams are going to get better, and get healthier.

But the dominant storyline through the first half of the season has been the sharp drop in ratings, which has been chalked up to several different reasons, the election chief among them. There’s undoubtedly some truth to that, but even the World Series is beating out prime-time football right now.

For now, that seems to be because parity is coming back to bite the NFL. With so few teams that are consistently elite, it’s hard to really get excited about the on-field product.

SEE ALSO:The Patriots shocked the NFL world by trading one of their best defenders to the worst team in the NFL

NOW WATCH: It’s been so long since the Cubs won the World Series that modern zippers hadn’t even been invented