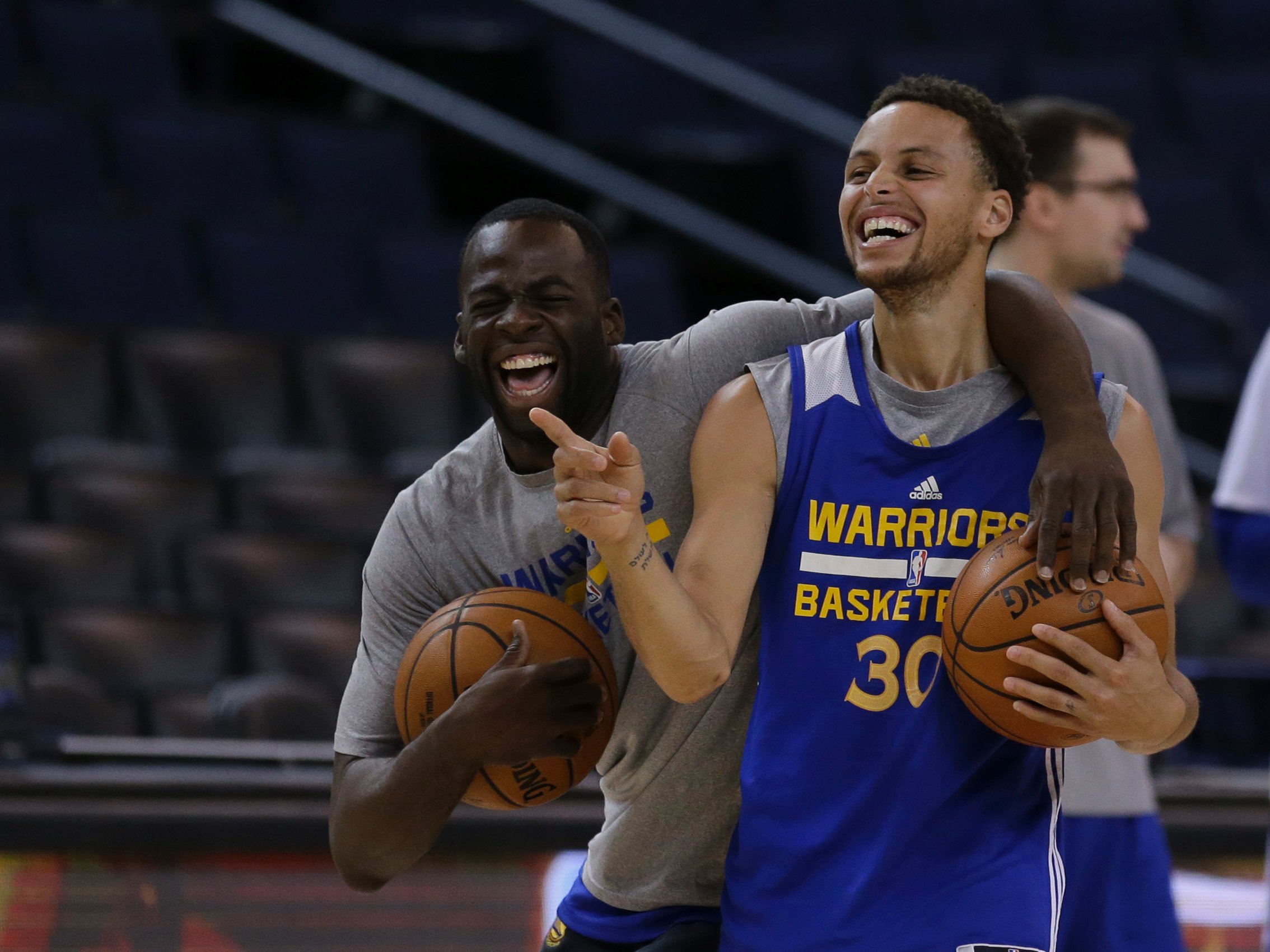 We generally think of tanking in terms of teams that give up an entire season for better draft position. But this year there may also be an unprecedented number of teams deciding to tank late in the season just to avoid the playoffs.

If the idea of tanking to avoid the playoffs seems absurd, consider what teams will face once they get there, especially in the Western Conference: the NBA’s top teams all peaking at the same time.

It is no mystery that the Golden State Warriors are the dominant team in the NBA and the heavy favorite to win their second-straight NBA championship. But not too far behind them, both the Oklahoma City Thunder and San Antonio Spurs are playing top-level basketball, leading to a situation where arguably the three best teams in the NBA will occupy the top three seeds in one conference.

Compare that to last season when the Thunder missed the playoffs and the Spurs were the 5-seed as both teams dealt with regular-season injuries to key players.

The 8-seed in the West will be an overwhelming underdog against the Warriors in the first round of the playoffs. Meanwhile, the 6-seed and 7-seed would not only have to face the nearly-as-good Spurs or Thunder in the first round, that team would then likely have to face the other in the second round. If somehow the 6-seed or 7-seed can get past both the Spurs and the Thunder, their reward will be a Conference Finals matchup against the Warriors.

Nobody wants to be seeded 6-8 in the West.

In a sense, we already saw some of this tanking happen at the trade deadline. While there is a feeling that next season’s huge salary cap kept some teams from going after pending free agents, there is also a feeling that second-level playoff teams did not make any blockbuster trades because the top teams in the NBA are too good. In other words, there were no players out there that were suddenly going to make any team as good as the Warriors, so why bother?

The idea that teams don’t think they have a shot right now also seemed to be confirmed by Zach Lowe during his recent ESPN podcast.

“There are teams that will say to you off the record, ‘We’re not really in a hurry, because we might have to wait this team out for two or three years,” Lowe said.

In the same podcast, Brian Windhorst also noted the impact the Warriors are having on the NBA right now when discussing the Cavs’ decision to fire David Blatt.

“They intimidate [teams] when they’re not even in the same building,” Windhorst said. “The fact that the Cavs had a loss and it precipitated firing their coach when they beat them by 40 on their home floor. They are doing psychological damage on this league right now, like I have never seen before.”

While upsets happen, that seems less likely than ever this year. Nate Silver gives the Warriors a mind-blowing 51% chance to win the NBA Championship, while the Spurs are second at 21%, and the Thunder are fourth at 5%. Maybe the only reason the Thunder are not third is because the Cavs don’t have to go through the Warriors and Spurs to get to the Finals, with Silver giving Cleveland a 12% chance to win it all.

The Clippers and Grizzlies, two teams seemingly locked in at the 4-seed and 5-seed, respectively, have incentive to play well. They need only beat the other to reach the second round. At that point they are a huge upset or a key injury to the Warriors away from being in the conference finals.

But for the rest of the playoff contenders in the West, teams like the Trail Blazers, Rockets, Jazz, Kings, and Nuggets, they will all soon need to make a decision: Either keep pressing for the playoffs and a likely ugly first-round loss, or start losing games and play for a lottery pick in this summer’s draft. This is especially true for teams like the Trail Blazers and Rockets, two teams who will lose their first-round picks to earlier trades if the pick is not among the top 14 (lottery) selections.

This is the NBA, so at least some of the teams will tank and it could get ugly.