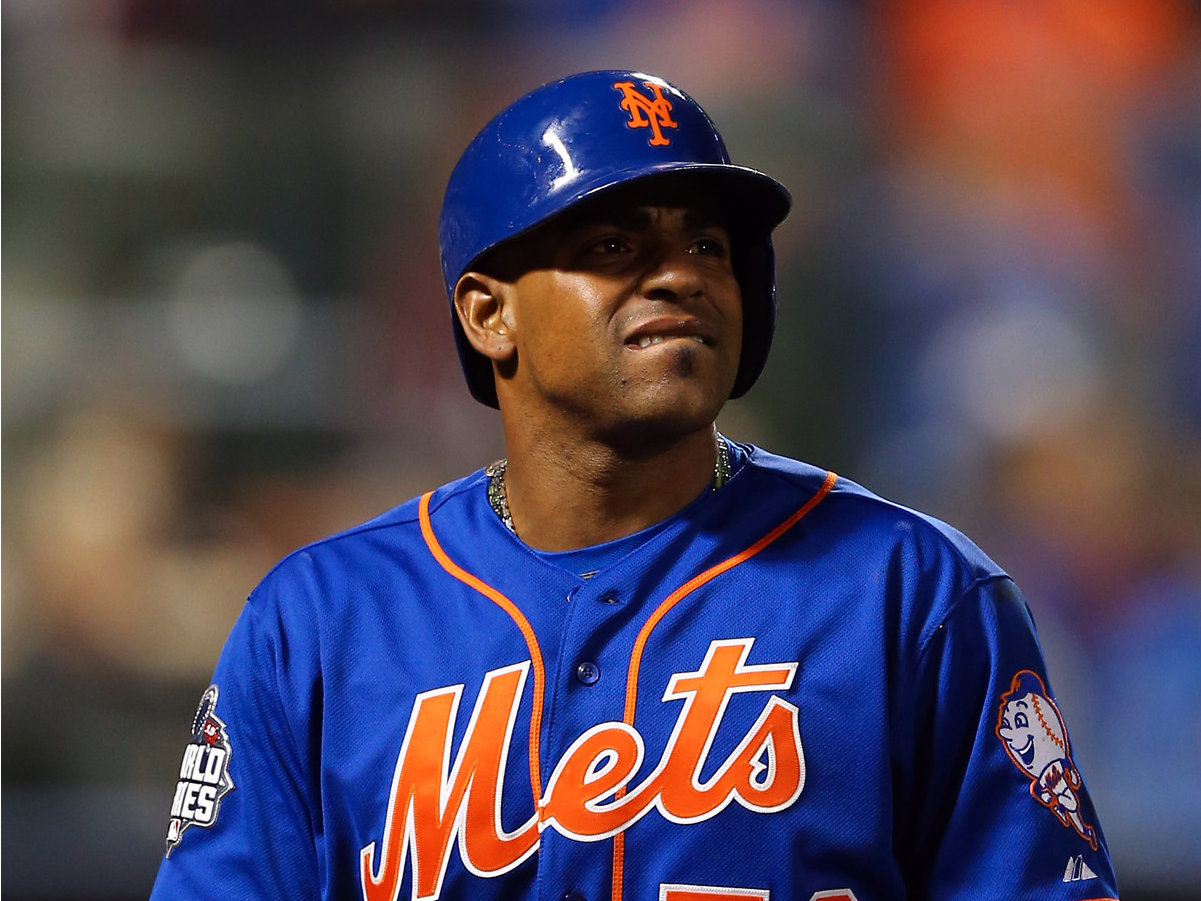 Free agency has not gone as expected for Yoenis Cespedes.

After having a monster few months and helping lead the New York Mets to the World Series, Cespedes figured to be one MLB’s biggest free agents this offseason.

Yahoo’s Jeff Passan wrote in September that league insiders thought that bidding for Cespedes would start at $125 million, going as high as $160 million.

Three months into the offseason, Cespedes remains the most high-profile free agent still on the market.

That could come to an end sometime soon, as Fox Sports’ Ken Rosenthal reported that the Washington Nationals are making a move on Cespedes. MLB Network’s Jon Heyman added that the deal is in the five-year, $100 million range.

Hearing nats are pressing to get cespedes deal done. Belief is they’re willing to go to about 100M/5 yrs, maybe a bit more.

That deal wouldn’t exactly qualify as getting “crushed,” but consider that it’s tens of millions less than what people believed Cespedes would get just four months ago.

Furthermore, there’s a chance Cespedes doesn’t take it. The belief around the baseball world is that Cespedes is still chasing a bigger deal. Several other teams have seemingly pondered making an offer, with New York Daily News’ John Harper suggesting that the White Sox and Angels could get involved in the Cespedes bidding. It’s unknown whether they would also offer a five-year deal.

The more interesting factor here is the Mets. Fans are clamoring for them to make a move on Cespedes, but Rosenthal reports that the Mets aren’t willing to do anything more than a one- to three-year deal. The Mets, given that they just made a World Series appearance with Cespedes, could be an attractive option for Cespedes if he wants to gamble on himself on a short deal, then re-enter the market next winter.

The hesitancy surrounding Cespedes is whether, at 30 years old, he can possibly replicate the type of half-season he had with the Mets, in which his numbers were far better than his career averages. Most teams are hesitant to lock up big money for a slugger whose hitting and defense are either inconsistent or generally lacking.

Cespedes could sign a $100 million deal and end up a happy customer, but it’s still a pretty far cry from the $160 million figure that was floating around when he first hit the market.

NOW WATCH: This pilot does incredible acrobatics in an airplane