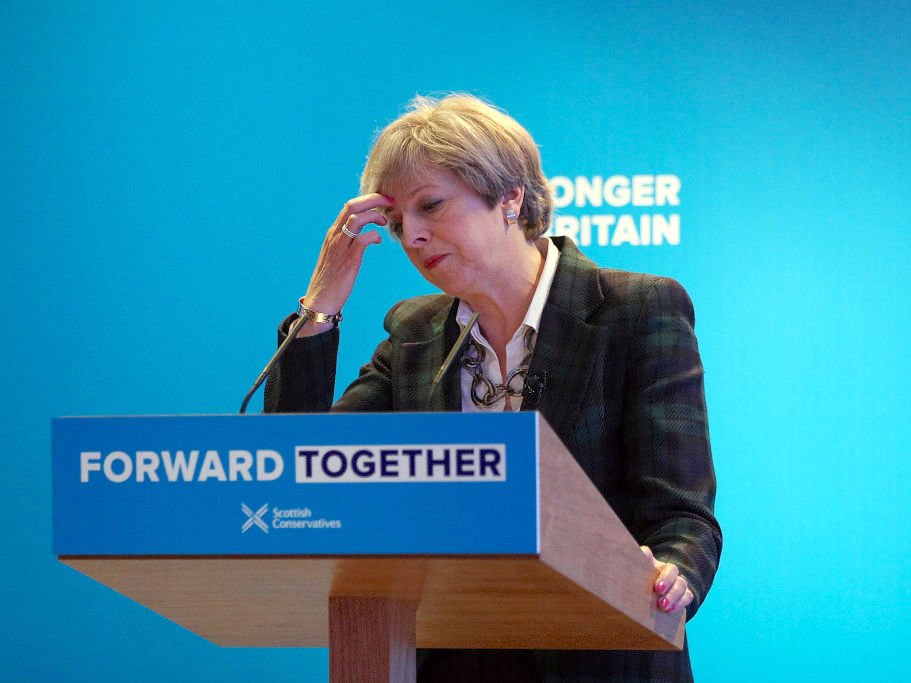 LONDON — The pound is lower on Friday after a poll showed the Conservative Party’s lead in the general election narrowing substantially.

The poll, published by YouGov late on Thursday, showed the Labour Party increasing its projected vote share by five points to 38%, while the Conservatives saw theirs drop to 43%, a fall of one point.

While the party still has a solid percentage point lead, projections done alongside the poll show that if the results were repeated on June 8, Theresa May’s majority in parliament would be reduced to just two seats.

Sterling has rallied since the election was called, passing above 1.30 on the dollar for the first time since September 2016 in recent weeks. That has been based largely on the assumption that May’s Conservative Party will win an increased majority at June’s election, paving the way for her to take a more conciliatory stance on Brexit, and move away from the sort of Brexit favoured by hardline Conservative MPs, who currently have a disproportionate influence on policy thanks to the party’s slim majority.

However, if her majority were to decrease, it would threaten this view.