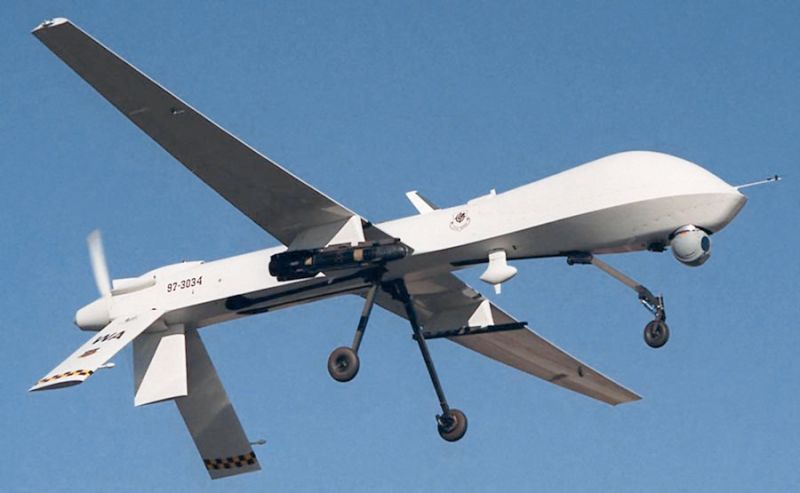 The Predator unmanned aircraft system and the Hellfire missile were the right technologies at the right time for an America that had just declared war against terror following the horrific events of September 11. Just over six months before planes slammed into the Twin Towers, Pentagon and a field in Pennsylvania, the Predator had gone from aerial intelligence collection asset to flying assassin.

On Feb. 16, 2001, a RQ-1 Predator with an inert AGM-114C laser-guided Hellfire missile hanging off of its wing orbited high over a bombing range near Indian Springs Air Force Station located north of Las Vegas. This same installation would eventually balloon in size and become the home of the USAF’s unmanned aircraft program in the years to come, and under a new name—the Creech Air Force Base.

The U.S. Air Force and the CIA’s famed but incredibly shy RQ-170 Sentinel has been caught on camera … Read more Read more

Crews in a ground-control station nearby operated the drone via a satellite data link that theoretically could have allowed them to do so while the Predator was flying nearly anywhere in the world. As the Predator made its way across the bombing range, the sensor operator ordered the Predator’s upgraded sensor turret to swivel around, zoom in and fire a targeting laser at an old tank placed on the desert floor below. The warhead-less Hellfire missile on the RQ-1’s wing was then let fly. About 17 seconds later, the laser-seeking missile smashed into on the tank’s turret. It was perfect hit.

The next week, on Feb. 21, multiple similar attack runs occurred—including those using a line-of-sight data link for remote control. Every test shot and dry run was a success, including the historic first launch of a live Hellfire missile from the Predator’s wing, which obliterated its target.

There was no doubt, the age of drone warfare had officially begun.

Arming the Predator was an initiative that officially began on June 21, 2000 by the then head of Air Combat Command General John Jumper. Big Safari, the USAF’s shadowy rapid procurement arm, ran the program.

Once the highly successful February 2001 tests were evaluated, the decision was made to move immediately to increment two of the testing phase. This next series of ever more complex tests would see the Predator hunt for simulated moving targets from greater altitudes and push the system’s operator interface to its limits. It would also see the integration of the more advanced AGM-114K version of the Hellfire missile.

The marriage between the Predator and the Hellfire was not as apparent as many may think. The missile was designed to be fired from fairly low altitudes by hardy attack helicopters that weighed many thousands of pounds, not by a fragile remote control plane built out of fiberglass and powered by a 115-horsepower Rotax engine. The 100-lb missiles maxed out the Predator’s ad-hoc weapons stations, but in the end, the missile worked perfectly with the drone and Hellfires are still the primary armament of both the Predator and the more advanced turbine-powered Reaper today.

These final tests were also an eye-opening success. Fast forward six months later and the armed Predator, eventually dubbed the “MQ-1,” fired its first missile in combat during the opening night of the Operation Enduring Freedom.

In the end, the USAF and the CIA would fully embrace the Predator’s new armed capabilities, and would double down on them with the much more capable MQ-9 Reaper.

The U.S. Air Force’s plan to pare down its drone fleet was fantastically unrealistic—and the… Read more Read more

Still, the introduction of widespread use of unmanned attack aircraft would send ripples through the USAF’s “white scarf” pilot culture that are still being felt today.

Regardless of these issues, the armed drone concept would drastically cut down the “kill chain,” the time between detection of a target and weapons impact, and above all else it would also usher in one of the most controversial foreign polices in U.S. history—targeted assassination by drone.

The Q-1 unmanned aircraft system and the AGM-114 missile—a history-changing match made in Hell 15 years ago today.