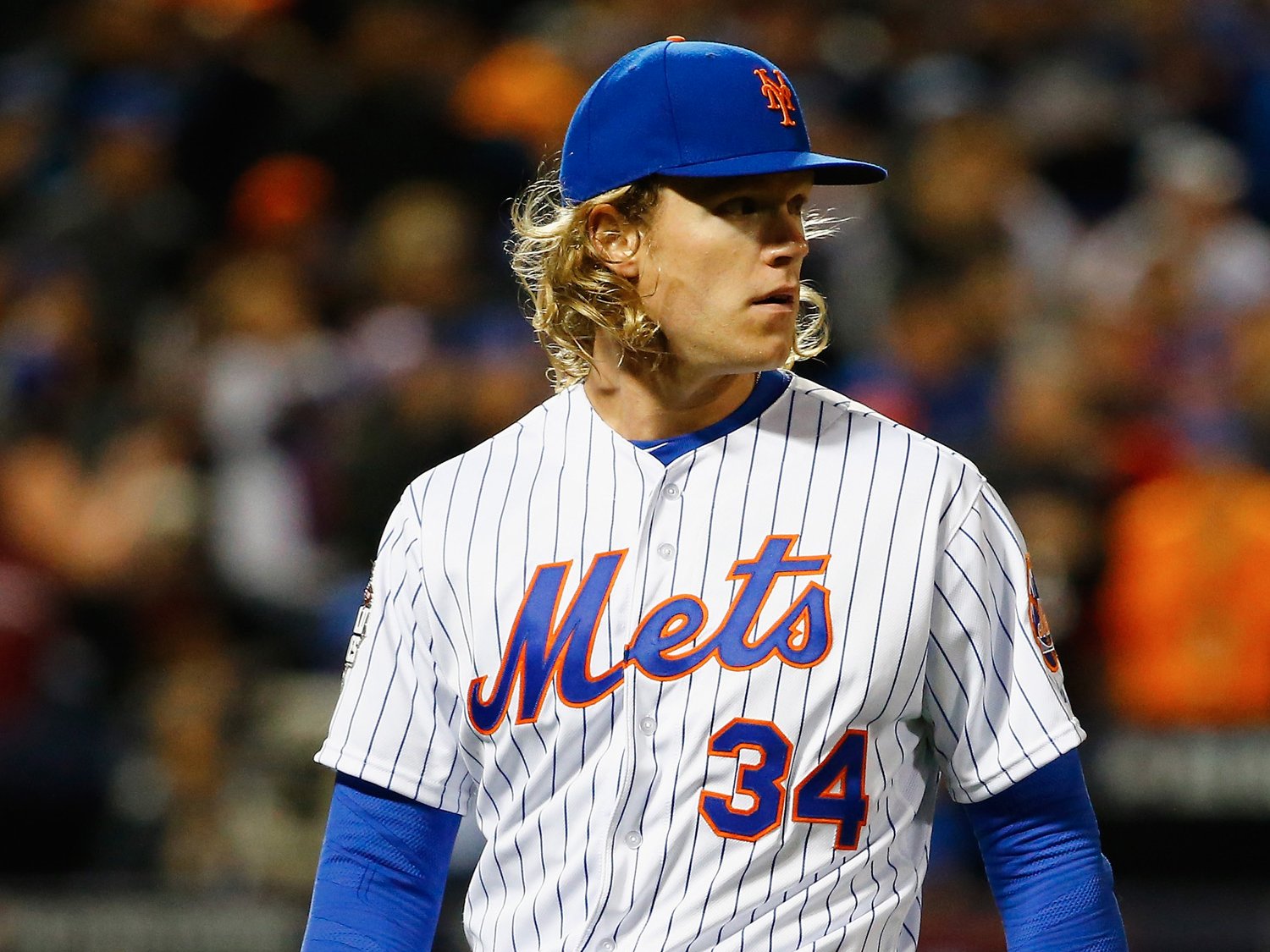 Al Bello/GettyNoah Syndergaard ruffled the Royals with a high-inside fastball in Game 3 of the World Series.

New York Mets pitcher Noah Syndergaard shook things up in Game 3 of the World Series when he threw a high-inside fastball to Alcides Escobar of the Kansas City Royals on the opening pitch.

According to Marc Carig of Newsday, neither winning the World Series nor the five months separating the incident have made the Royals forget.

Carig reports that “industry sources” say the Royal will seek revenge on the Mets for Syndergaard’s pitch when the two teams kick off the regular season on Sunday, April 3.

This is not atypical for baseball — throw a “dirty” pitch, celebrate too excessively, or take too long on a home-run trot, and you will likely face retribution. However, Syndergaard’s pitch was neither dirty, nor did it have an effect on the game. It didn’t strike Escobar, the Royals still took a 1-0 lead in the first inning (though the Mets did win the game), and the Royals won the World Series, anyway.

As Carig noted, Syndergaard didn’t necessarily downplay the notion that it was intentional. After reports said he told the Royals that the pitch had gotten away from him, he recently said, “I don’t remember saying that.”

Still, sending a message and intentionally hitting someone are two different issues. The pitch was likely a move to combat the Royals’ scheme to jump on the Mets pitchers early in the count.

Perhaps this is the culture that Bryce Harper said needs to loosen up.