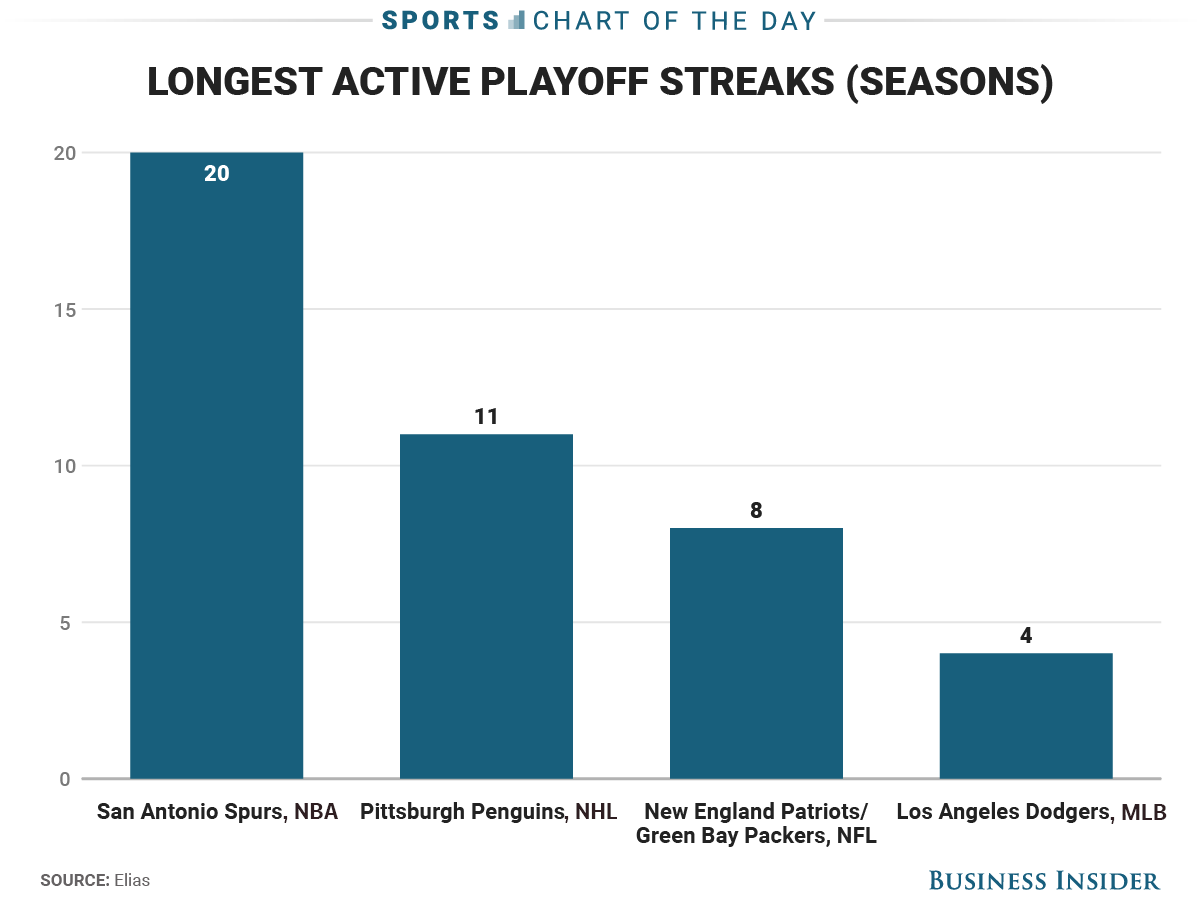 Earlier this week, the Detroit Red Wings were eliminated from playoff contention, ending one of the more impressive streaks in sports. This season now marks the first time since the 1989-90 season that the Red Wings won’t be in the playoffs, ending a streak of 25 straight trips to the postseason, the longest active streak in North American pro sports.

With the Red Wings’ streak over, the San Antonio Spurs now have the longest active streak as this season will mark their 20th straight trip to the playoffs. That is nine years longer than the second-longest streak, which now belongs to the Pittsburgh Penguins.