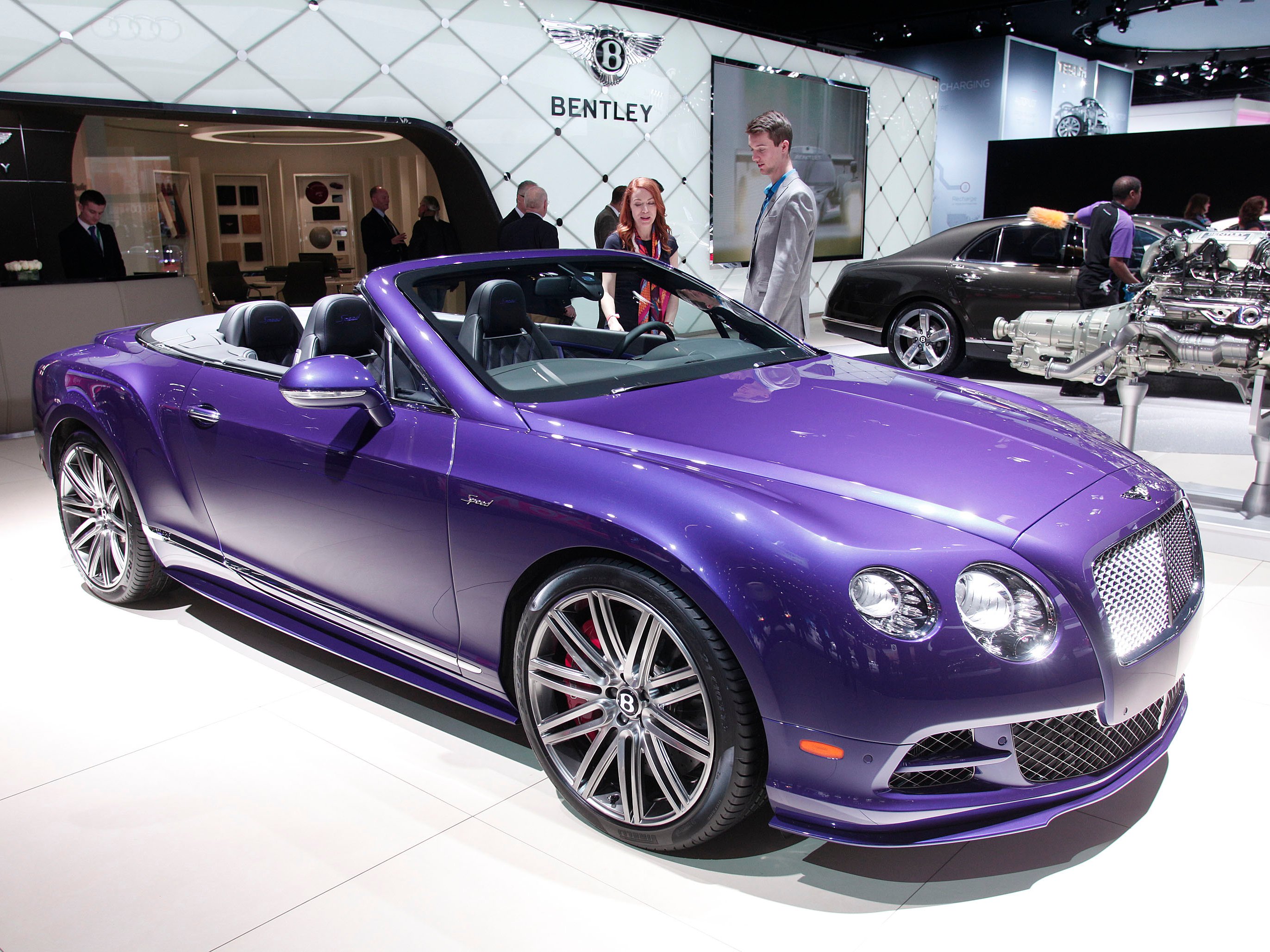 This was absolutely the biggest car story of 2015

8 Cheap Cars That The Richest Americans Love To Drive

Last year was a great year for the US auto market.

In his State of the Union speech on Tuesday night, President Obama highlighted the fact that in 2015, more automobiles were sold in the US than ever before.

The mood in Detroit, where the North American International Auto Show kicked off this week, is buoyant.

And I haven’t talked to anyone in the industry who thinks the bottom is going to fall out. The worst-case scenario is that 2016 just matches the pace of 2015.

Cheap gas, flowing credit, and — most importantly — an average-vehicle age of 11 years is driving the US sales boom, which is effectively a robust recovery from the depths of the 2008-09 downturn, when the US market collapsed. Automakers sold 17.5 million cars last year, beating the previous record of 17.4 million set in 2000.

It all looks good. But there are three things that could screw it up.

As anyone who has ever bought a car knows, the price is negotiable.

The manufacturer’s suggested retail price (MSRP) is just that — suggested.

And so to avoid losing market share as the rate of new car purchases slows down the automakers offer incentives: financing offers, discounts, rebates, and so on. Keeping that markets share becomes a priority when the market dips and it’s much harder to maintain sales and profits (think of it as a type of equity that’s built up in good times and spent in bad). But obviously, the tricks used to keep buyers coming in, undermines profits. There’s always been a debate in the business about whether an automaker should be focusing on maintaining share or pursuing profits. Mike Jackson, CEO of AutoNation, has been making noise lately about the industry relapsing into its old ways and failing to maintain discipline on incentives.

Incentive spending has been creeping up in the past few months. But things haven’t gotten out of whack yet, and the vehicles that are selling briskly – big trucks and SUVs – sit at the sweet spot of high transaction prices and fat profit margins. So there’s room to expand incentives without being penalized, as long as the current market dynamics don’t change.

It’s not that complicated: cheap gas is good for car sales. It’s especially good for truck and SUV sales, which is why Ford, GM, and Fiat Chrysler Automobiles have been enjoying the recovery.

How long can gas stay cheap? I’ve been on the road in the American Midwest for a few days and have yet to pay more than $2 a gallon. And there doesn’t appear to be a price spike on the horizon, so car makers are setting up for more cheap gas in 2016.

They’ve also lucked out in that they hadn’t anticipated this. So for the better part of a decade, they designed and engineered cars and trucks for an environment in which gas was expensive. That means that we now have cheap gas combined with a new car fleet that turns in impressive miles per gallon, even for what one might assume would be fuel hogs. The 650-horsepower Corvette Z06 supercar, with its massive V8 engine, was capable of 20 MPGs during highway cruising due to its engine technology, for example.

That said, we didn’t see the oil collapse coming — and we might not see a gas-price recovery, either. So the automakers need to remain focused on improving the efficiency of the engines they make the most of, the ones that burn gas.

This is the great unknown. Ride-hailing services like Uber and Lyft are angling for a future in which widespread individual car ownership is unnecessary. If they’re right, this would destroy the entire business model of the traditional auto industry, which as I noted is built on the idea that you loan people money so that they can enjoy the convenience of personal transportation.

However, as cool as it is is to hail a cab with your phone — we did see 17.5 million new cars sold last year. A few were probably bought by Uber drivers. But many were also bought by people with families, people who commute to work, and people who just like to drive.

A year ago, the auto industry could have looked out at the new players in the mobility landscape and taken a wait-and-see attitude.

But with Uber’s valuation now above $60 billion ($10 billion more than GM’s market cap), it’s clear that there’s a threat. GM is jumping in by investing in Lyft ($500 million at a $5.5 valuation), but the challenge with disruption is that, according to Clayton Christensen’s classic theory, it’s the faster new arrivals who come in and do the disrupting that typically win, while the disrupted, despite their efforts, lose.

Not everyone’s buying into the ride-sharing future though. Nissan Motor CEO Carlos Ghosn, for example, told Bloomberg News that he rejects suggestions that ride sharing services like Lyft or Uber would greatly change the automotive industry of the future.

Ghosn might be an outlier though. It looks to me like the auto industry is taking the disruptors seriously.

NOW WATCH: The best car of the year — the Volvo XC90