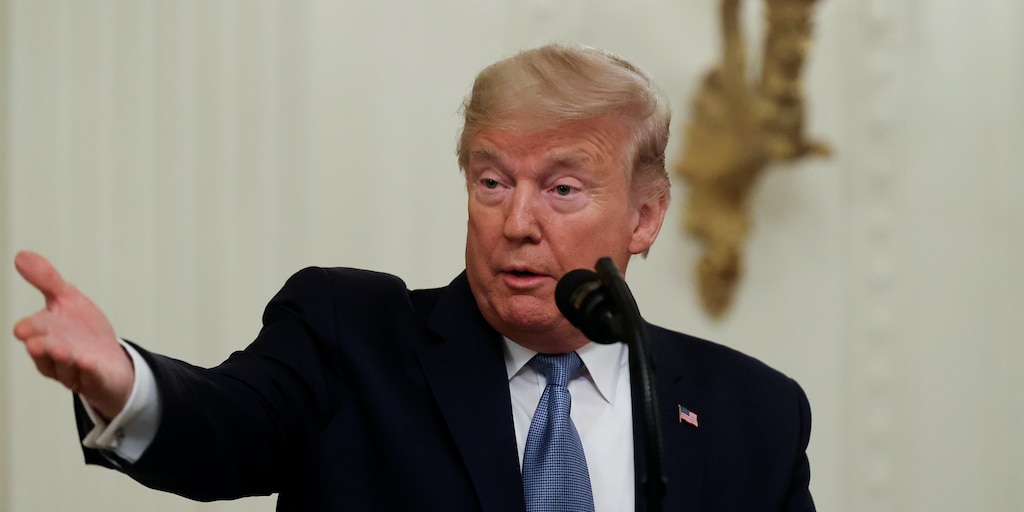 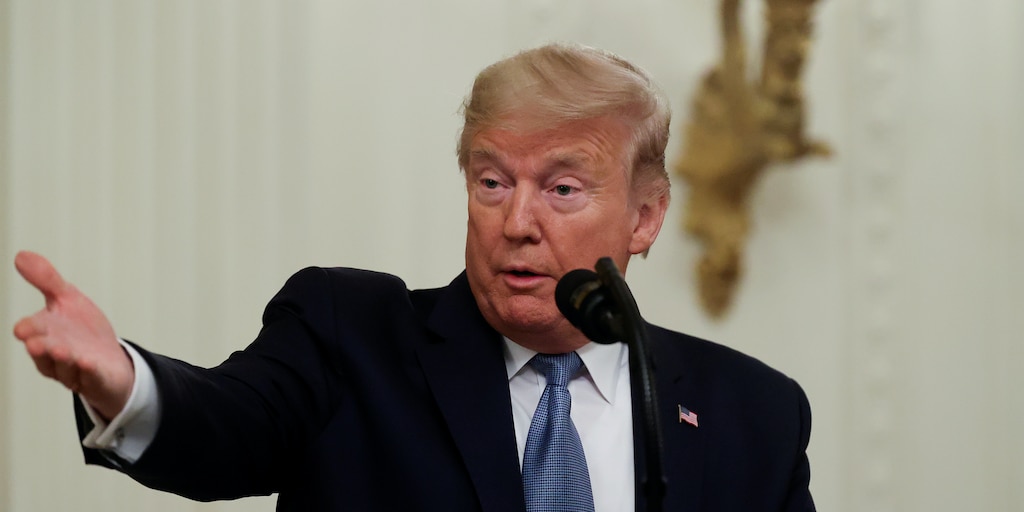 US stocks are down more than 8% Thursday afternoon as coronavirus risks build and investors fear near-term recession. The total market cap of the US equities market, as measured by the Russell 3000 index, has declined by $11.5 trillion from its February 19 peak to $23.8 trillion as of Thursday morning.

The current market cap is roughly equal to the size of the stock market when Donald Trump emerged victorious in the 2016 election. The Trump administration repeatedly downplayed the virus and its risks when outsized stock selling began in late February, with top economic adviser Larry Kudlow even saying the outbreak was contained on February 25.

The erasure of market cap gains since Trump’s term was first noted in a blog post by Bespoke Investment Group. The Russell 3000 index aims to track the greater US stock market by measuring the 3,000 largest public companies based in the US. The benchmark represents roughly 98% of the US equity market.

The government has since rushed to prop up the economy from growing economic threats. Democrats have urged the White House to declare a state of emergency and unveiled a bill aimed at issuing widespread fiscal relief. The Federal Reserve issued its first emergency rate cut since the financial crisis on March 3, and called for $1.5 trillion in capital market injections Thursday afternoon.

The stock market initially soared after Trump’s 2016 win. Investors bet on the unorthodox president to slash regulations, boost the US manufacturing industry, and push economically beneficial foreign policy. The administration’s 2017 tax cuts further fueled the bull market’s run-up by cutting corporate taxes and opening the door to massive stock buyback programs. Though equities ended the 2018 calendar year in the red, they rallied through 2019 to post a 29% annual gain despite global trade tensions and recession warnings.

The rapid escalation of the coronavirus, coupled with a new oil-market conflict between Russia and Saudi Arabia, swiftly negated the years of gains over just 20 trading days. Oil saw its worst day since 1991 on Monday when the global commodity battle drove a 32% price drop. The decline dragged on stocks enough for the market to post its worst single-day plunge since 2008.

Even after the Fed’s trillion-dollar liquidity injection lifted risk assets Thursday afternoon, stocks are on pace to close down nearly 9%. The market has never seen such a steep drop into bear market territory. With government responses failing to bring investors much hope, the trend of heightened volatility and rotation into safe havens is holding strong.