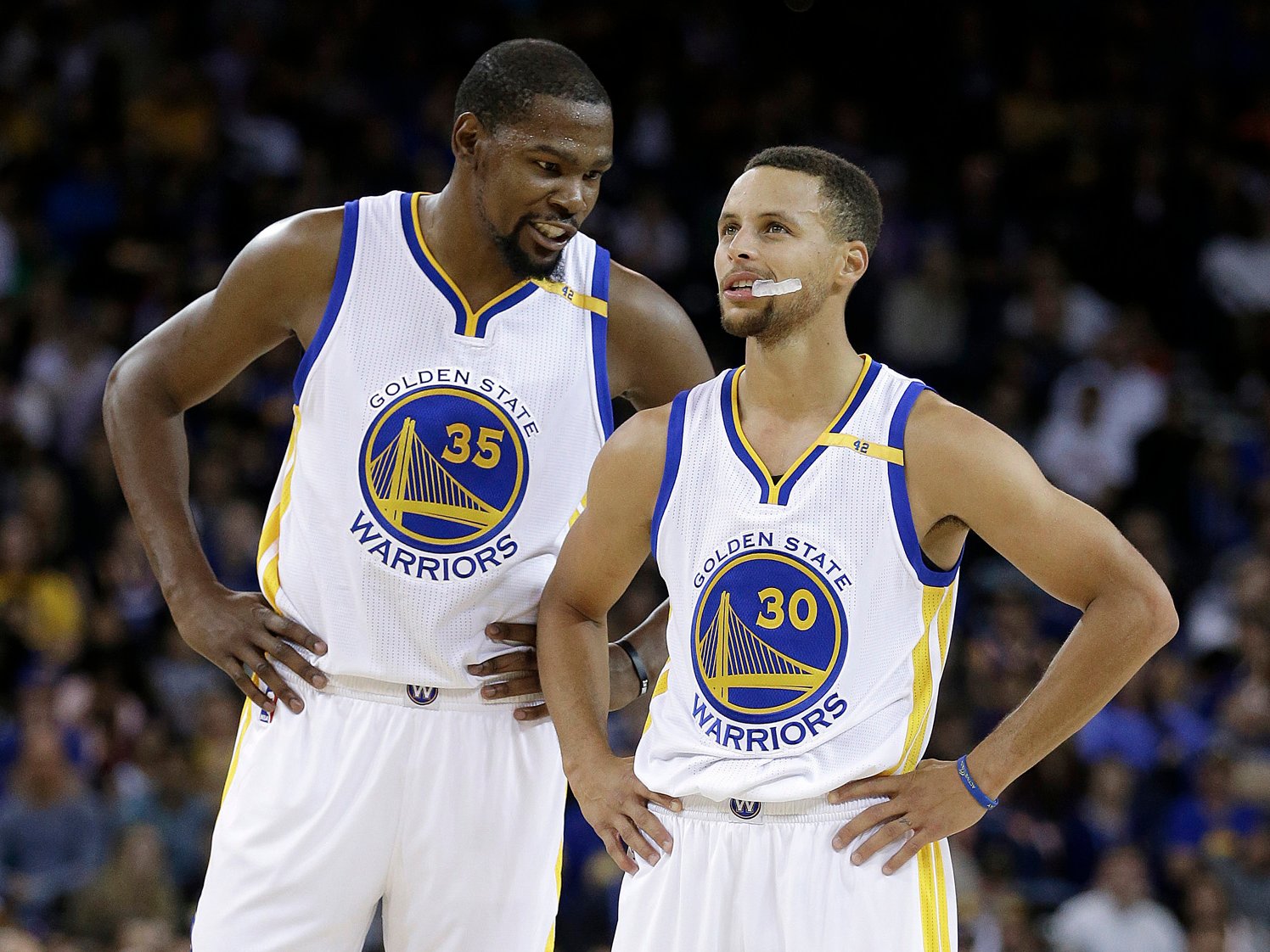 The Golden State Warriors have had the most successful three-year regular-season run in NBA history, so, regardless of what happens in the NBA Finals, they will likely want to keep their team together.

This offseason will be a huge one for the franchise, as Stephen Curry, Kevin Durant, Andre Iguodala, and Shaun Livingston, four of the team’s top six players, are all free agents.

To keep them together, the team will need some help from Kevin Durant, and it sounds like he’s willing to give it to them.

According to ESPN’s Ramona Shelburne and Chris Haynes, Durant is willing to take less than the max. salary to stay with the Warriors this offseason and keep their core together. Giving Durant his max, which according to ESPN would come in around $35.3 million per year, would mean the Warriors would have to renounce their rights on Iguodala and Livingston in order to clear cap space. As a result, they would lose their financial advantage in re-signing both players.

However, ESPN reports that Durant is willing to take less than his max contract, meaning the Warriors don’t need cap space to sign him, and thus, don’t have to renounce Iguodala and Livingston. Instead, the Warriors can give Durant 120% of his 2016-17 salary, bringing him to about $32 million per year. They can then go over the salary cap to re-sign Iguodala and Livingston.

As Marcus Thompson of the Mercury News notes, this has all been set up by Stephen Curry. In 2012, Curry signed a four-year, $44 million extension with the Warriors, a fairly small deal due to the concerns over his frequently injured ankles. Little did the Warriors know, Curry would get over his injury woes and explode into a two-time MVP. The rest of the Warriors have followed in Curry’s path.

“Curry has always set that tone in the locker room. For example, it’s been years since money was a divisive issue in the Warriors’ franchise. That’s because it’s hard to complain about money when the best player is severely underpaid yet dancing around with joy. Every other star on the roster followed by taking less money than he could have gotten. The path has been paved for Durant to do the same in July.”

This summer, Curry is going to more than make up for his sacrifice. He’s due for a contract that could come in around five years, $205 million, according to ESPN. The Warriors have Bird rights on Curry, meaning they can go over the salary cap to sign him to such a contract.

According to Thompson, Curry’s deal set a precedent for Klay Thompson and Draymond Green, who are both locked into less-than-max deals that run until 2019 and 2020, respectively.

All of these bargain deals also set the stage for the Warriors to have cap space when the salary cap jumped last summer to sign Durant outright.

Pretty soon, the Warriors won’t have cap space to add any big names — in fact, they may eventually have one of the most expensive payrolls in NBA history. But the path of sacrifice has extended to Durant, and it seems like these gangbusters are going to rule the NBA for years to come.

SEE ALSO:Injuries, infidelities, and poor choices: How Tiger Woods unraveled from the greatest golfer in the world