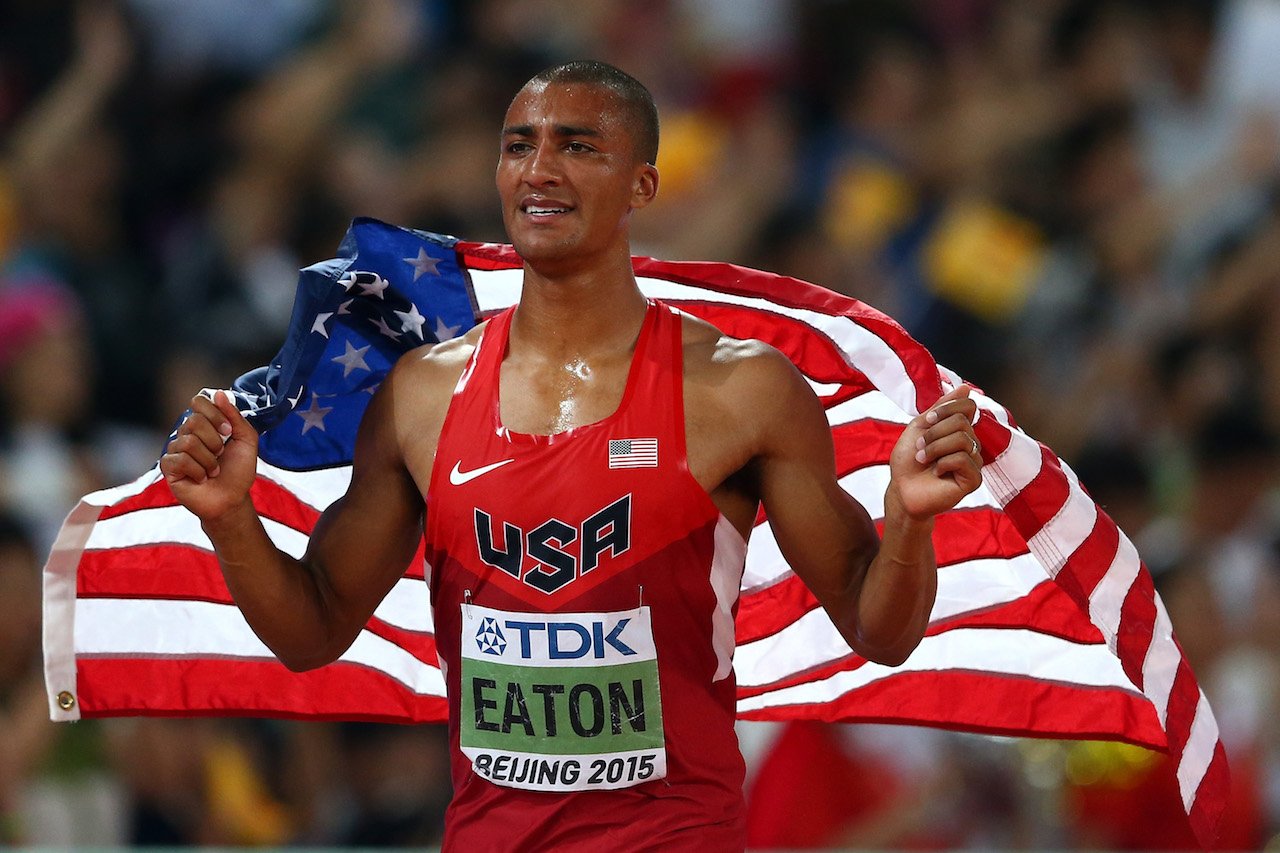 When an American Indian named Jim Thorpe won the gold medal in the decathlon at the 1912 Summer Olympics in Stockholm, legend has it that King Gustav V of Sweden presented him the medal and said, “You, sir, are the greatest athlete in the world.”

“Thanks, king,” Thorpe is rumored to have responded.

Exactly 100 years later, at the 2012 Olympics in London, Oregon-native Ashton Eaton became the latest in a long line of American Olympians to win the gold medal in the decathlon.

He had previously set the world record in the event at the US Olympic trials, but as with every decathlete since Thorpe’s win in 1912, it was winning the Olympic gold that earned Eaton the formidable title of the world’s greatest athlete.

Queen Elizabeth II was not, unfortunately, in attendance to present Eaton with his medal.

Spanning two days and 10 events, the decathlon is, and has always been, sports’ best objective measurement of sheer athleticism. And Eaton is so convincingly great at the 10-sport contest that his times and scores in certain single events are comparable, and often better, than those track-and-field athletes competing exclusively in that one event.

Yet as the world’s greatest athlete, Eaton is not, of course, competing against every other great athlete in the world.

Some of them are off dunking basketballs, or fighting in a ring, or doing whatever it is one does on an American Ninja Warrior course.

Which brings us to the ageless water-cooler debate about the nature of athleticism: Of the A-list athletes playing major sports — the superstars we see splayed across billboards and magazine covers; the ones we hear TV commentators call “athletic freaks” — who, really, isthe most athletic?

We posed this question to Eaton, expecting to hear him praise the likes of LeBron James, or Mike Trout, or LeBron James. Instead, he gave a surprising answer.

“I personally believe tennis is the next most athletic sport next to the decathlon,” Eaton said. “Just because of certain things required. Those matches are three or four hours long. There’s the technical aspect, the agility, the mind-body awareness. Not to mention the game itself is a little bit like a chess match.”

Watch Serena Williams approach the net for a swinging volley sometime and you can see where Eaton is coming from. But it’s still hard to believe that Novak Djokovic or Andy Murray, athletic as they undoubtedly are, really compare with the top NFL or NBA players.

“You can speculate all day, by what you perceive people to do, but I think there’s two aspects to athleticism. I think there’s the body, and then there’s definitely the mind,” Eaton said. “People like to just focus on the body part. I don’t think that’s a holistic approach.” Plus, even with advanced metrics it’s still hard to quantify just how truly “athletic” a feat on a football or basketball field really is.

“You see somebody on a football field make a great, athletic 70-yard run, but the athleticism is immeasurable. It’s undoubtedly athletic, but compared to somebody else who did something else, how do you compare it? That’s the great part of track and field. It’s a test, but with results that you can compare to others.”

This is all well and good, but it doesn’t answer the question that has tantalized sports fans forever. Who is the world’s most athletic superstar?

“I don’t have one specific person that I think is the most athletic person,” Eaton said. “In my opinion, you’d have to do a really exhaustive study over a long period of time with really clearly defined metrics in order to get that.”

In other words, you’d want them to compete in a decathlon.

So what if LeBron James announced he was competing in the event this summer, along with — or instead of! — his duties for USA Basketball? Wouldn’t Eaton be slightly worried?

“No, I wouldn’t,” Eaton said matter-of-factly. “I have no doubt that anybody who did the first day of the decathlon would do great. The first day, yeah, is about being an athlete. But the second day you actually have to be a decathlete, and that’s the day where people show their true colors.”