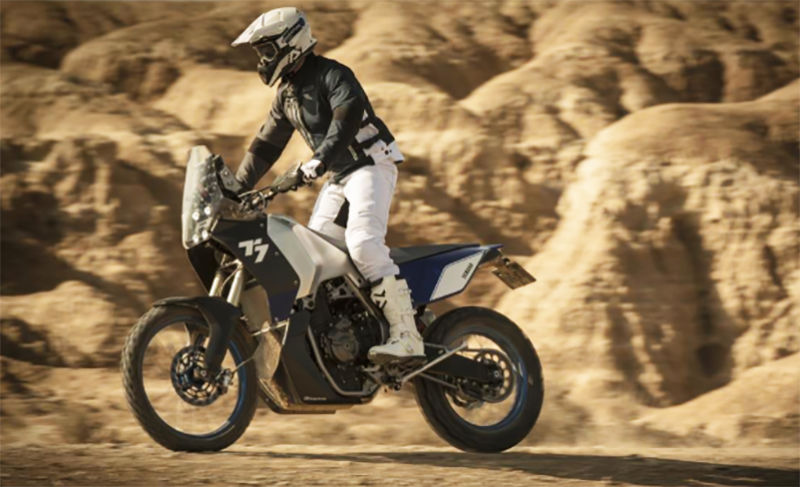 Remember the Yamaha XT600Z Ténéré? No? Well the idea behind it was pretty cool– go far, go anywhere, go fast and look dope doing it. The new Yamaha T7 calls back to the same concepts, with a modern twist.

Alright the “modern twist” is pretty much just LED lights and evil, slabby styling but I can’t watch this without getting fired right up to hit the dunes.

As you’ve gathered from the video, the Yamaha T7 concept is a long-range off-road racing bike made to take you on adventures with a healthy dose of adrenaline.

Looks a little like a rally-raid competition vehicle from a Death Race-kind of dystopian future.

Yamaha’s press release explains that R&D teams in France, Italy, The Netherlands and Japan all put their heads together to materialize the notion of “rugged simplicity” and “racing” which was manifested as the T7.

For now, the bike is only a concept. And a European-only one at that, it seems. But the company is strongly insinuating that the styling and spirt we’re looking at here will come to life in its lineup soon. “T7 gives a vision of the ideal adventure machine, and plays an important role in the development of Yamaha’s Adventure models of the next generation,” states Yamaha.

I’m into it. And what did I tell you about adventure bikes heating up?