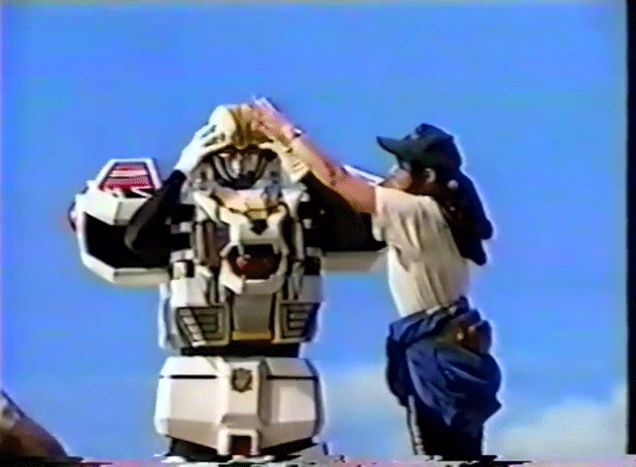 True super fans of the Mighty Morphin’ Power Rangers (aka Super Sentai) will appreciate this footage we discovered on the show’s fan wiki earlier today. It comes from the former MMPR director and stunt coordinator Jeff Pruitt, who uploaded the footage to his YouTube page.

Pruitt also included a lengthy explanation of the video.

When we started the original MIGHTY MORPHIN’ POWER RANGERS my producers wanted me to duplicate the economical shooting methods used by the Japanese film makers back then for the fight scenes while still using standard Hollywood coverage for the acting scenes. That is precisely what I did by employing some of the techniques seen in this video – although with a better camera and a much smaller crew.

The clips include a bunch of vintage Zord footage as well as the Japanese stunt team working on the production of Gosei Sentai Dairanger—which never fully made it over to the West as a Power Rangers show. Only footage of the Zords and Dairanger’s White Ranger ended up being used for Power Rangers.

According to the video’s description, Pruitt uploaded the footage as a special “thank you” to the fans. So, fans, sit back and enjoy this two-hour epic of classic Power Rangers behind-the-scenes footage.

You May Have Heard About the New Movie