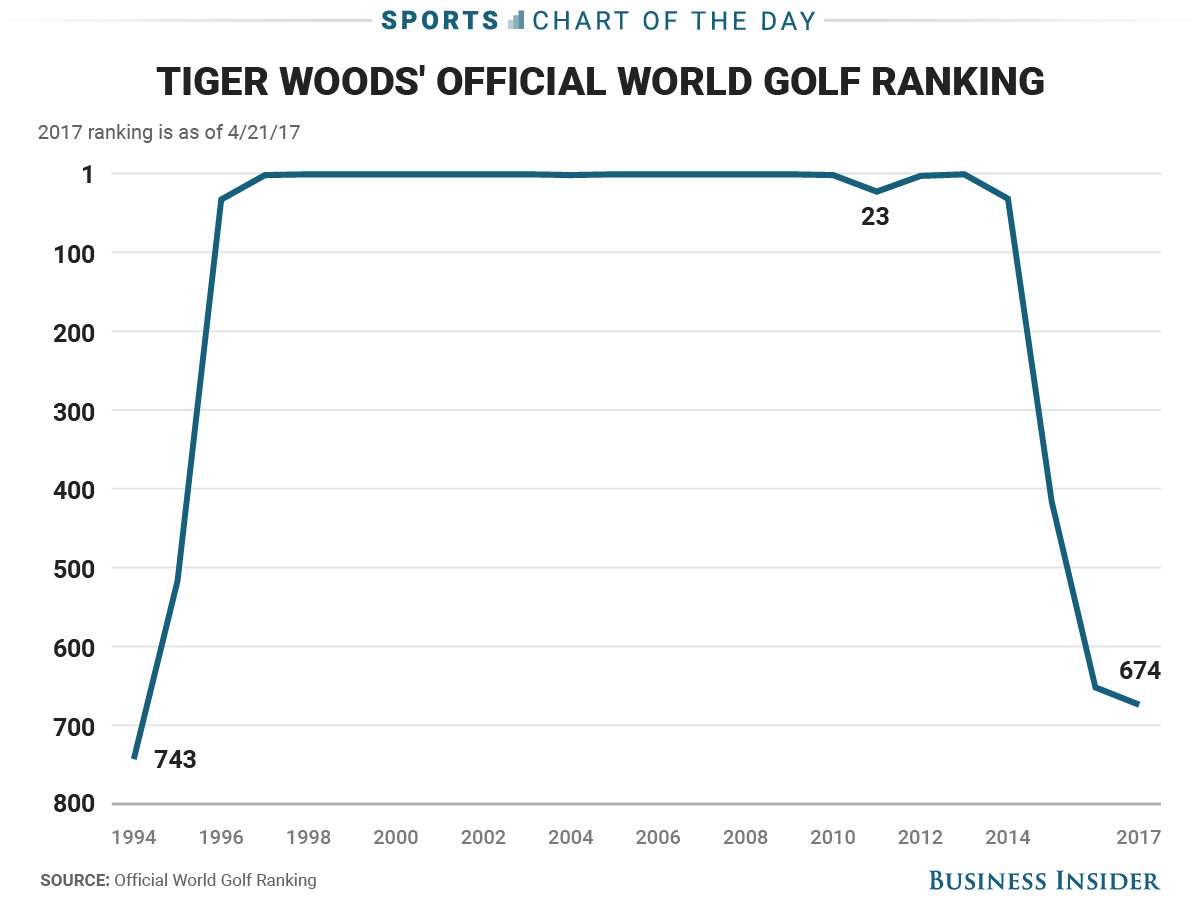 In March, 2014, Tiger Woods finished tied for 25th at the WGC-Cadillac Championship. Little did we know at the time, but that was the last event that Woods would finish as the No. 1 golfer in the world.

Shortly after the WGC event, Woods would have what turned out to be just his first back surgery and he would be sidelined for four months. Three years and three additional back surgeries later, Woods is now once again indefinitely sidelined and his ranking continues to plummet.

Woods is now ranked No. 674 in the world, his lowest ranking as a pro and his lowest ranking since he was a 19-year-old amateur. It is even more jarring to see the rise and fall of Woods’ career. It not only shows us how long he was great, but it also shows us that his fall was just as his quick as his meteoric rise. SEE ALSO:Tiger Woods had his 4th back surgery in 4 years and could be sidelined for another 6 months