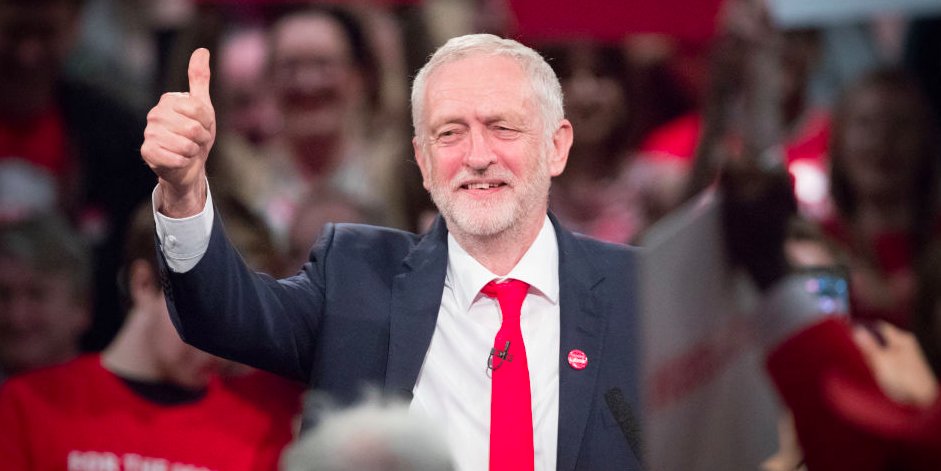 LONDON — Replacing Jeremy Corbyn as Labour leader would not improve Labour’s chances in the general election, according to a new poll which shows Labour’s support surging in the final weeks of the campaign.

However, when voters were asked how they would vote if Yvette Cooper were Labour leader, Labour’s support actually dropped to 33% with the Conservative support climbing to 45%.

When asked how they would vote if Chuka Umunna was leader instead, Labour’s support also dropped to 33% with Conservative support growing to 46% — a 13 point lead.

Both Cooper and Umunna have been tipped as potential challengers to Corbyn after the general election.

Only London Mayor Sadiq Khan measured any kind of improvement on Corbyn, nudging Labour’s support up one point to 46%. However the Conservatives also nudged up one point under this scenario, leaving their overall lead untouched.

The findings follow an exclusive Business Insider GfK poll earlier this week, which found that fewer voters would consider backing Labour were the party led by Cooper, Khan, Ed Miliband or Tony Blair.

The poll found that more voters were likely to consider lending the party their vote than if it were led by any of the listed alternatives.

The decline in the Tory lead follows the launch of the Conservatives’ manifesto this week.

Today’s YouGov poll found that a number of key Conservative policies contained within it have failed to impress.

Scrapping free school lunches for infants was opposed by a majority of voters. 53% of voters said it was the “wrong priority” with just 31% saying it was a good idea.

Plans to bring back Grammar schools was also opposed by a more voters than supported it, as were plans to charge employers £2,000 a year for each non-EU worker they employ.

The poll found more support for Conservative plans to scrap winter fuel payments for better off pensioners. 49% of voters support it with 34% opposed. Older voters themselves are evenly split with 47% of voters aged 65 and over supporting the plans and 47% opposed.

Overall, 44% of voters believe that the Conservatives have a “sensible plan” for running Britain with just 30% saying the same of Labour. Overall, 50% of voters say Labour does not have a sensible plan for the country, with 51% saying Labour are making promises they “cannot afford”. Only around a third of voters said the same about Conservative plans.