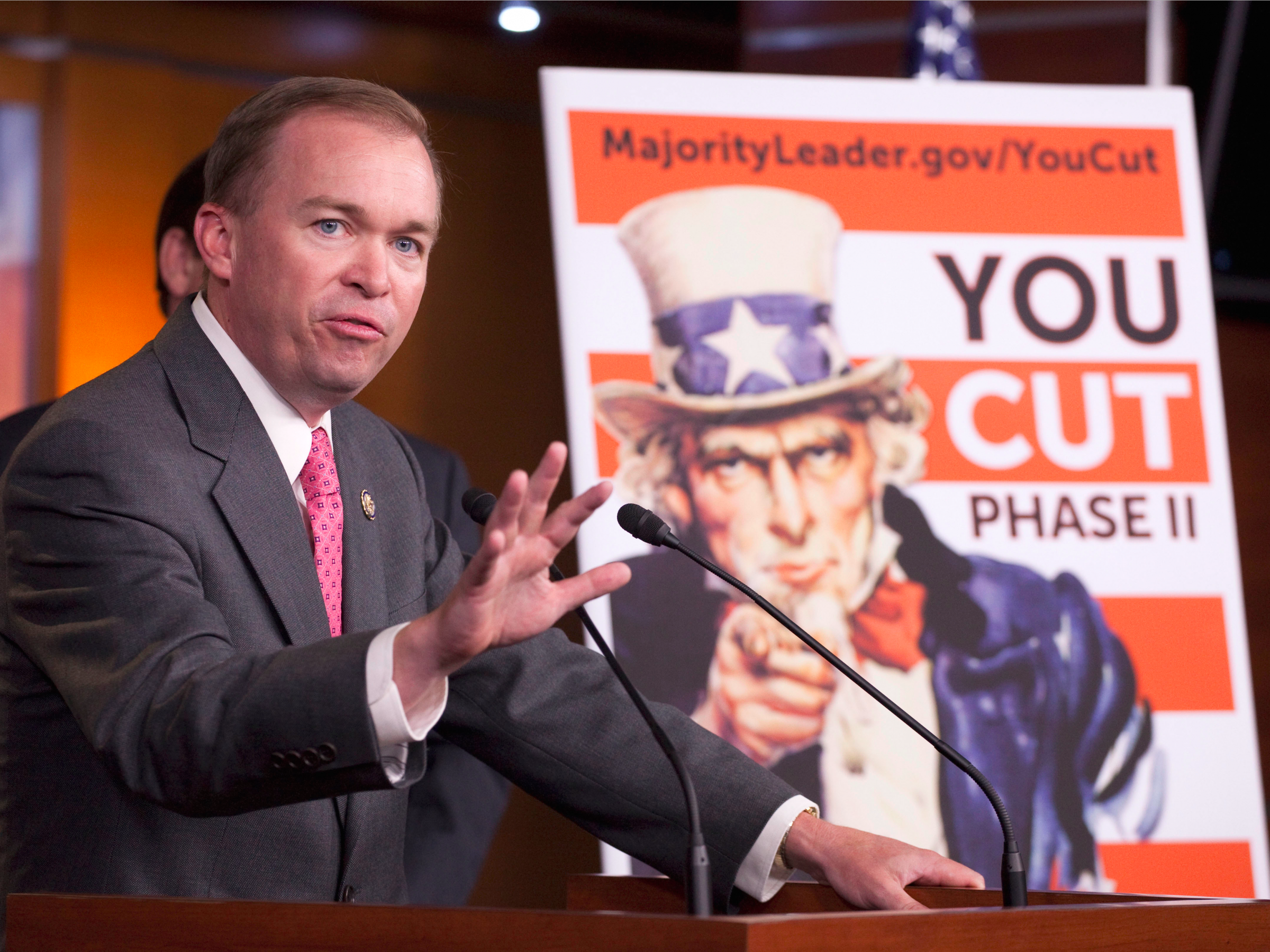 What’s even more ridiculous than the US debt ceiling, a bizarre political concoction that forces Congress to effectively reapprove budget funds that were already spent? How about Republicans not being able to raise the ceiling on themselves?

“The next big test of GOP unity and its ability to get something done will be the April 28 expiration of the continuing budget resolution funding the government,” writes Steven Ricchiuto, the chief US economist at Mizuho, in a research note to clients. “This should be an easy obstacle to overcome. It is simple; the current service budget funds all programs under current law with the only adjustment made for inflation. If they can’t come together on such a simple piece of legislation, how can they ever come to terms on difficult policy issues?”

This means tax reform itself, the primary basis for Wall Street’s record-setting rally, may be compromised or at best deeply diluted.

“If the GOP fails to quickly pass a clean extension … the prospect of tax reform will be diminished further and markets will have to adjust,” Ricchiuto adds.

In a twist of political irony, Mick Mulvaney, the head of President Donald Trump’s Office of Management and Budget who is a former Tea Party leader, is now being forced to plead for rational behavior from his own conservative colleagues in Congress. During the Obama administration, Mulvaney was a prominent opponent of raising the ceiling, which sets an arbitrary legal limit on federal spending.

After the abysmal failure of Trumpcare, the president quickly pivoted to taxes, only to decide healthcare reform should not be abandoned after all. On China, Trump has sought common ground on North Korea by abdicating a key campaign promise, albeit a misguided one, to label the country a currency manipulator.

It’s against that backdrop of unpredictable volatility that what should be a mundane task — a Republican Congress approving a necessary, ceremonial raising of the country’s preposterous “debt ceiling” — may turn into a crisis of its own, one that could further erode American credibility on the world stage as it slides increasingly into the ranks of a banana republic.

The official debt-ceiling deadline of March 15 has already passed, but the Treasury has some room to maneuver before technically running out of funds.

Kristina Hooper, the global market strategist at Invesco, is worried about the outcome.

“The US is heading toward a possible government shutdown if Congress doesn’t pass a continuing spending resolution at the end of April,” she warns clients in her research. “Currently, the likelihood of a government shutdown seems small. However, given Congress’ failure to pass health care legislation to replace the Affordable Care Act, investors can’t take passage of the continuing resolution for granted. And don’t forget we then have to worry about Congress agreeing to raise the debt ceiling, which should occur sometime this summer.”

Pat Garofalo of US News and World Report reminds us how the most disruptive of many debt-ceiling debacles went down — and it wasn’t pretty. Mulvaney was a key player, on the opposite side of the fight.

“Elected to Congress as part of the tea party wave in 2010, Mulvaney has been smack in the middle of the GOP movement to hold the nation’s debt ceiling — its very creditworthiness — hostage in an attempt to achieve other policy goals. In both 2011 and 2013, congressional Republicans threatened to refuse to raise the debt ceiling should then-President Barack Obama not accede to their demands for deep spending cuts.”

Default was averted in both cases, but according to the Government Accountability Office its mere threat cost taxpayers $1.3 billion in higher borrowing costs in the 2011 fiscal year, and tens of millions of dollars in 2013. America’s credit rating, once global standard, was downgraded for the first time.

Can a disorderly Republican Party avoid a repeat performance? After all, it was Trump himself who, as a candidate, toyed with the idea of “renegotiating” US debt obligations.

SEE ALSO:There’s a reason it’s ‘been decades since significant tax reform has passed’

NOW WATCH: Here’s the surprising reason highways have those concrete walls alongside them