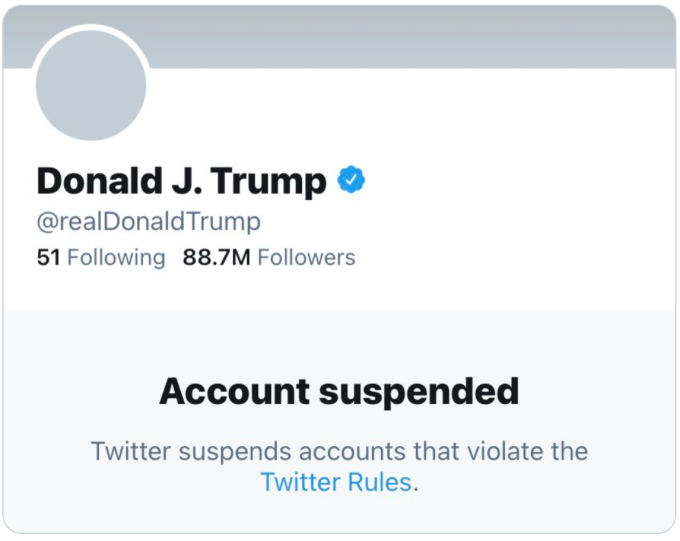 President Trump was permanently suspended from Twitter Friday. In the announcement, the company cited “the risk of further incitement of violence” and the president’s past transgressions on the platform.

“In the context of horrific events this week, we made it clear on Wednesday that additional violations of the Twitter Rules would potentially result in this very course of action,” Twitter wrote. “… We made it clear going back years that these accounts are not above our rules and cannot use Twitter to incite violence.”

After close review of recent Tweets from the @realDonaldTrump account and the context around them we have permanently suspended the account due to the risk of further incitement of violence.https://t.co/CBpE1I6j8Y 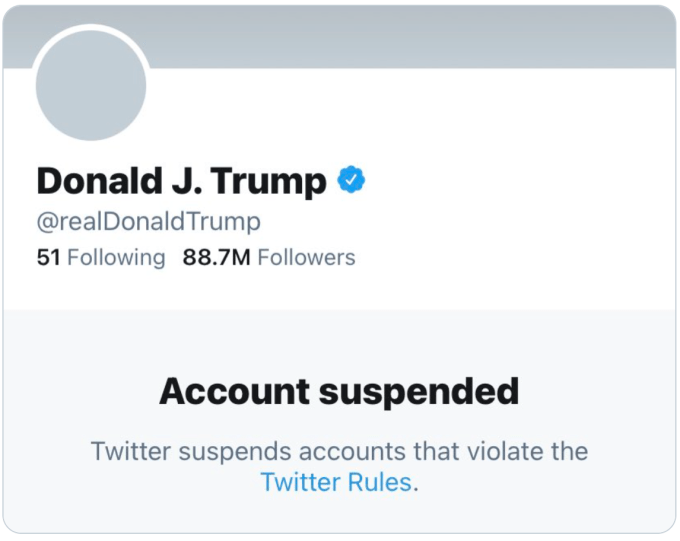 On Wednesday Twitter suspended President Trump’s account until he deleted three tweets that the platform flagged as violating its rules. Trump’s account was set to reactivate 12 hours after those deletions, and he returned to the platform on Thursday night with a video in which he appeared to concede his election loss for the first time.

Trump crossed a line with Twitter when he failed to condemn a group of his supporters who staged a violent riot at the Capitol building while Congress met to certify the election results. In one tweet, Trump shared a video in which he gently encouraged the group to return home, while reassuring his agitated followers that he loved them and that they were “special.”

At that time, Twitter said that Trump’s tweets contained “repeated and severe violations” of its policy on civic integrity and threatened that any future violations would result in “permanent suspension” of the president’s account.

While Facebook took more drastic action against Trump’s account in the aftermath of Wednesday’s chaotic siege on Capitol Hill, Twitter has a longer history of friction with the outgoing president. In early 2020, Twitter’s decision to add a contextual label to a Trump tweet calling mail-in voting “fraudulent” prompted the president to craft a retaliatory though largely toothless executive order targeting social media companies.

Trump held the same grudge through the end of the year, trying to push a doomed repeal of Section 230 of the Communications Decency Act — the law that protects online companies from liability for user-generated content — through Congress in increasinglyunusual ways.

Twitter’s move Friday to suspend the sitting U.S. president from its platform is a historic and huge decision the company avoided making for the four years of his presidency. In the wake of Wednesday’s violence, which Trump incited by sending a group of his supporters to march to the Capitol, tech’s biggest platforms appear to have at last had enough. But as with QAnon and the militia movements that attacked Capitol building this week, it’s too late to undo the chaos that four years of real-time Trump unleashed on the platform.