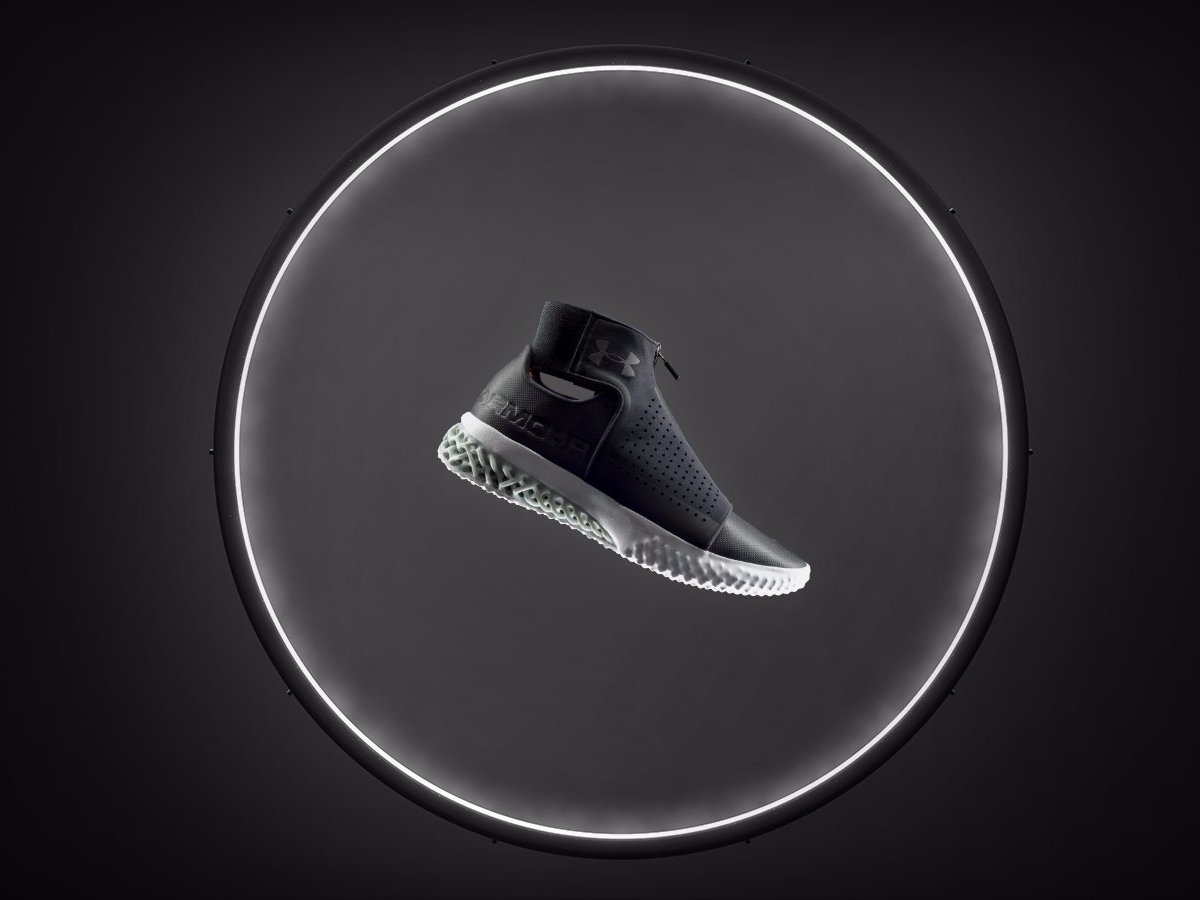 Under Armour is about to release its most expensive sneaker yet.

The ArchiTech Futurist is a running shoe incorporating the company’s technological advances thus far, “weaving together Under Armour’s past, present, and future of changing the way athletes dress.”

One of those innovations is the center-mounted quarter zipper that allows the “speedform” upper to mold to your foot.

The shoes actually use a compression system instead of traditional laces to keep your foot secure. As part of that, the rear of the shoe is open.

Underfoot, the shoe has a 3-D printed midsole that “provides

At $300, the ArchiTech Futurist is the most expensive shoe Under Armour has ever released, indicating the company is looking upmarket with its footwear ambitions. This mirrors the brand’s push with its pricey Under Armour Sportswear line, a line of sports-inspired clothing. UAS was priced a little above its athleisure competitors, and Under Armour could be doing the same with this shoe.

Competitors releasing shoes at a lower price point have seen some success with customers. For example, the recent release of Nike’s Space Jam XI shoe was “the largest and most successful shoe launch in the history of Nike,” the company’s president, Trevor Edwards, said on a call with analysts Tuesday, according to Bloomberg. Priced at $220, the shoe was a re-release of the Air Jordan XI, which made its debut nearly 20 years ago in the movie “Space Jam.”

It’s now completely sold out. Retro-inspired “classic” shoes like the Jordan XI have been popular for a while now, and they’re boosting the bottom lines of companies like Adidas, which sells the popular Stan Smith shoe.

Under Armour has nothing to compete with the XI, and most of its shoe offerings hover around the $100 point. Under Armour itself has only been around as long as the Jordan XI, and it has been making footwear for about half as long, so it has nothing to offer on the nostalgia side, either — an important factor in its competition with Nike and Adidas. SEE ALSO:Under Armour made some huge mistakes that are turning into a nightmare