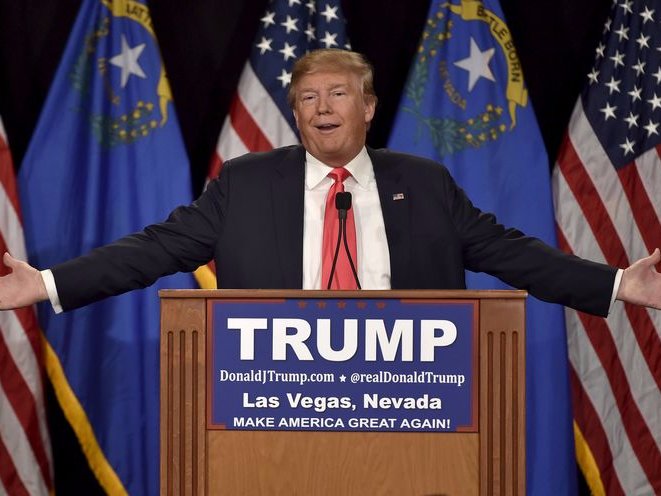 A crowd of 10,000-plus went nuts for Trump in Illinois last night — pundits are still underestimating him

Donald Trump got his mojo back this week

When real-estate developer and celebrity billionaire Donald J. Trump launched his candidacy for the presidency last year, the campaign was widely considered a joke.

Almost everyone, from pundits to voters to the political establishment, assumed that Trump would just command (and relish) a brief period of national attention and then declare victory and withdraw.

Trump himself even seemed to espouse this view, talking publicly early on about how, if and when he dropped out, he would lend his support to another candidate only if he were treated well by the Republican establishment.

Many political pundits, meanwhile, openly mocked Trump and Trump supporters and ridiculed the Trump candidacy. One prominent political publication, the Huffington Post, even made a show of covering the Trump campaign in its “Entertainment” section.

Well, after many months atop the GOP polls, there’s now little talk about Trump dropping out.

And although Trump and the Trump campaign are still entertaining at times, only people in denial still view the phenomenon as mere “entertainment.”

Instead, there is now serious discussion of why Trump is still the GOP frontrunner by a wide margin: Namely, that Trump’s promise to “Make America great again,” his worship of strength, success, and power, and his relish for reducing a complex and challenging world into a simple checkerboard of black-and-white, good-and-evil, great-and-terrible, etc., are resonating with tens of millions of Americans who feel betrayed by feckless and gridlocked politicians in both parties.

And now, with only a couple of weeks to go before voting starts, serious journalists and serious world leaders are seriously discussing the possibility of a Trump presidency.

This week, at the World Economic Forum in Davos, Switzerland, I attended some closed-door sessions with high-ranking officials from several countries.

In these sessions, in which members of the international media had the opportunity to ask questions and talk informally with various officials, the “Trump question” frequently came up.

The leader of one major US ally, for example, was asked how he would deal with a Trump administration. The leader did not laugh, the way he might have six months ago. Instead, he answered seriously, saying that, no matter who he is dealing with, his approach is always to seek to find common ground.

(Echoing the sentiments of those who are appalled by the Trump candidacy and will never support him or what he appears to stand for, the leader also added, candidly, that, at the end of the day, he “hope[s] Americans are better than that.” But he still took the possibility of a Trump presidency seriously.)

Political analysts continue to point out that, in usual U.S. elections, the frontrunners in January are usually out of the race by May.

And many (most?) in the political establishment are still hoping that the same will be true of the Trump candidacy.

But others, wisely, are now taking the Trump campaign — and what it says about the state of this country — seriously.

They are also telling an increasingly plausible story about how Trump could win not just the Republican nomination but the presidency.

As many past elections have revealed, swing voters in the U.S. ultimately vote with their wallets. If the economy is weak heading into the election, they usually vote for change.

And the possibility of more economic weakness and even a recession before Americans head to the polls next November seems to be increasing by the day.

NOW WATCH: Here’s how much the presidency ages you