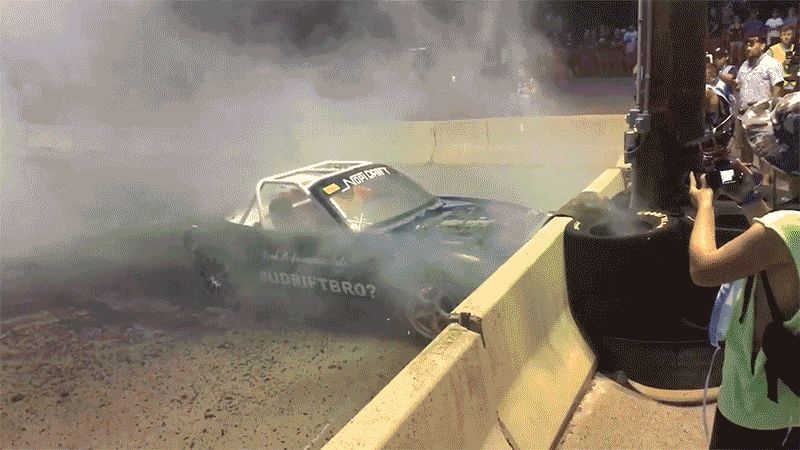 The owner of this car made it out of the fire. He also returned to his flaming car to get a beer. I hope that gives you an idea about how truly special this burnout is.

This V8-swapped Miata had entered into the burnout contest at VIR’s Hyperfest in the muggy green of southern Virginia. I myself have attended Hyperfest, I have seen such a burnout contest and I may have even seen this V8 Miata there doing inadvisable burnouts. It is a bit of a high-energy, low-thought atmosphere at times.

Anyway, this dude pressed his V8-swapped first-gen Mazda Miata up against the burnout box’s concrete barrier and laid into it, completely blocking off any fresh air into his radiator. No more than 23 seconds later, his car exploded.

The best part of the video is at a minute and a half in, when the owner jogs back to his car (still on fire) reaches for what turns out to be a cooler sitting behind his seat and nabs a beer.

I think we have reached a new peak for inadvisable car exploits, and I hope that we never ascend to these heights again.

Watch A Deer Crash Into A Racing Corvette’s Windshield