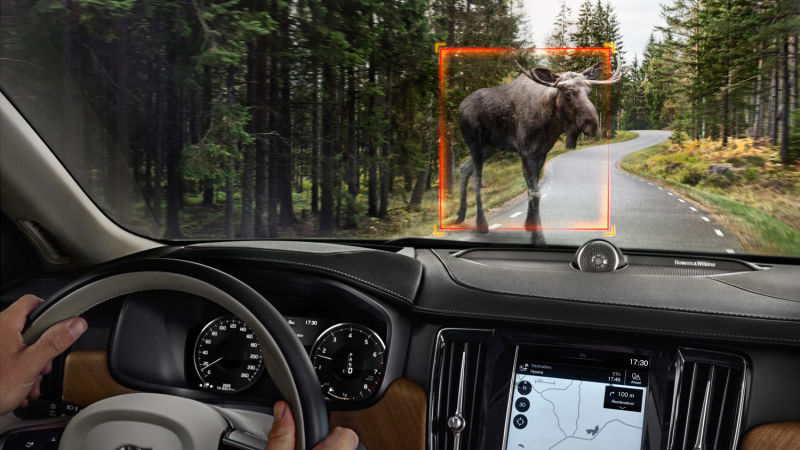 The US Department of Transportation’s National Highway Traffic Safety Administration (NHTSA) and the Insurance Institute for Highway Safety (IIHS) today announced that automatic emergency braking would be standard on all vehicles by 2022. And thanks to Volvo, that feature will be responsive to moose and other large animals.

The automatic emergency braking systems already available on many vehicles, including Volvo’s, use various sensors to spot obstacles and potential hazards on the road ahead. That data coupled with the speed of the vehicle get crunched by a car’s onboard safety system to determine if it needs to take over and slam on the brakes in order to avoid a collision.

After the NHTSA and IIHS’ announcement, Volvo took the opportunity to promote a new feature available on its 2017 S90 and XC90 called Large Animal Detection with Automatic Braking that’s similar to the safety systems already in use on many of its vehicles.

In addition to keeping an eye out for slowing vehicles, pedestrians, and other obstacles on the road, the new detection system watches for large animals entering the road up ahead, and will automatically stop the car before an especially messy collision occurs.

Given a moose can stand almost seven-feet tall at its shoulders, it seems doubtful a driver would miss one approaching. But at the same time, there are countless videos online of drivers hitting moose, deer, elks, caribou, and countless other animals you’d assume they spot well in advance. So having an extra set of electronic eyes always watching the road ahead is always a good idea, even if the Large Animal Detection system doesn’t quite work as pictured in Volvo’s marketing materials.